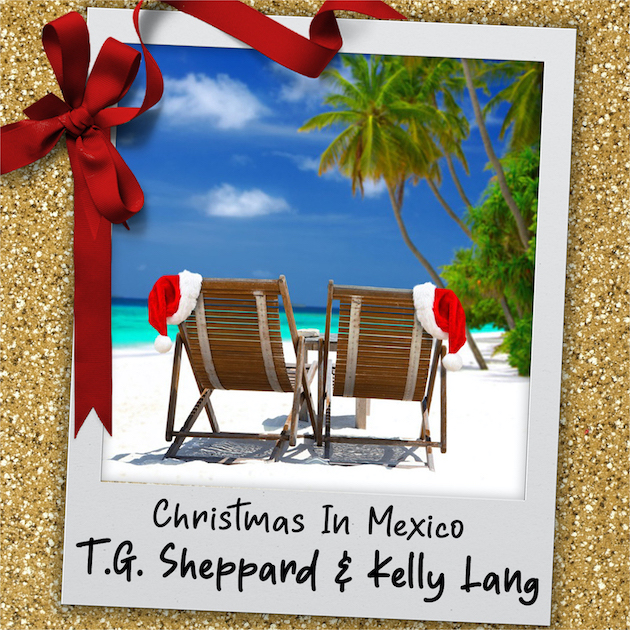 Country music power couple T.G. Sheppard and Kelly Lang released a brand-new holiday single on Friday titled, “Christmas in Mexico.” The duet is described as “a sweet and romantic trip to sandy beaches and warm sunny days, buoyed by the sounds of mariachi trumpets and steel drums.” An accompanying music video premiered exclusively on Music Crowns, featuring footage of the duo in the studio recording the song.

“Christmas in Mexico” marks the first release from Sheppard’s new licensing deal with Time Life Retail, which encompasses nine albums from the country music icon’s career. Fans can listen to the song HERE.

“We’re always singing and making music together and it just felt like the right time for a fun and dreamy song about Christmas,” said Lang, who has been married to Sheppard since 2007.

“Christmas in Mexico” kicks off Sheppard’s new licensing deal with Time Life Retail and will be followed with digital reissues of nine albums that feature 10 of his 21 No. 1 hits as well as “Iconic Duets,” the fan-favorite album he recorded with Lang in 2014. The catalog reflects 25 years of Sheppard’s career, beginning with his 1979 release, “3/4 Lonely.” “Smooth Sailin’,” “I Love ‘Em All” (with Sheppard’s first top 40 pop hit, “I Loved ‘Em Every One”), “Finally!,” “Perfect Stranger,” “Slow Burn,” “One Owner Heart” and “T.G.” are also included in the deal.

“As long as I’ve got Kelly and my family by my side, I’m in paradise, but picturing all of us heading down to Mexico for Christmas is like looking into a little slice of heaven,” Sheppard said.