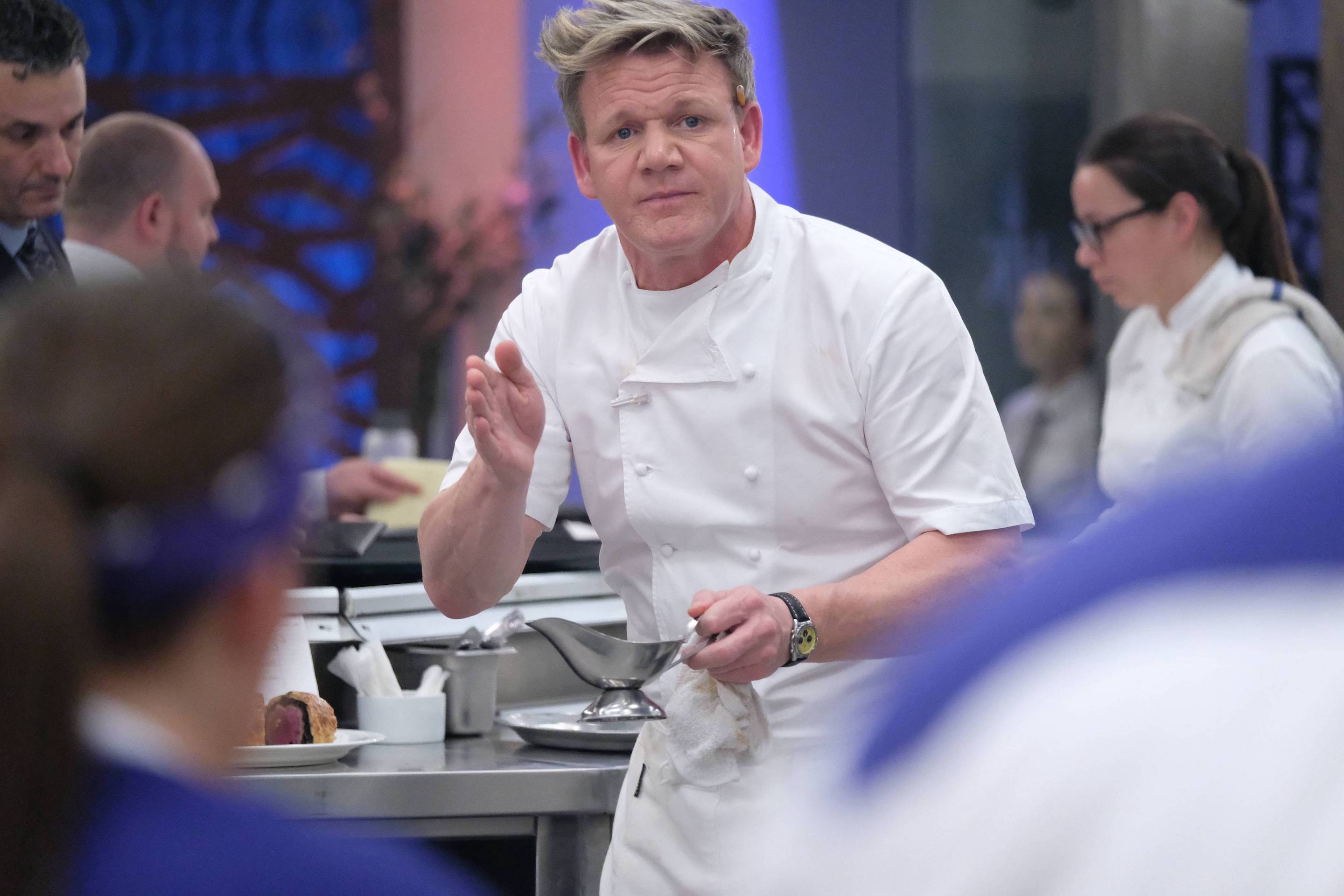 This December, FOX takes TV’s No. 1 show and adds a little twist. Based on the smash hit FOX series “The Masked Singer” and inspired by a popular segment featured on “The Ellen DeGeneres Show,” all-new celebrity competition series “The Masked Dancer” will have a special premiere Sunday, Dec. 27 (8 p.m. ET/5 p.m. PT, live to all time zones), before having its time period premiere Wednesday, Jan. 6 (8 p.m. ET). Hosted by comedian/actor Craig Robinson (“Ghosted,” “The Office”) and featuring celebrity panelists Ken Jeong (“The Masked Singer,” “I Can See Your Voice”), world-famous choreographer and singer Paula Abdul, actor and the former “Giraffe” Mask on “The Masked Singer” Brian Austin Green and actress and singer Ashley Tisdale, “The Masked Dancer” will feature celebrity contestants shaking their tail feathers, while covered from head-to-toe in elaborate costumes and face masks, leaving audiences to guess their identities. Costumed celebrities will be joined on stage by masked partners and back-up dancers, as they perform a series of dances together; spanning from hip-hop to salsa, jazz to tap dancing and more. When it comes to dance styles, the sky is the limit. Each week, a series of clues will be sprinkled throughout packages, costumes and routines, leading the panelists one step closer to figuring out which famous faces are freestyling behind the masks. Between all of the celebrity competitors on the show, they've amassed more than 38 million albums sold worldwide, 20 Emmy Award wins, 20 Grammy Award nominations, 10 World Dancing titles, five New York Times Best-Selling Author titles, four Olympic gold medals and three Broadway show appearances.

New comedy “Call Me Kat,” starring Emmy Award nominee Mayim Bialik (“The Big Bang Theory”), and executive-produced by Bialik, Emmy Award-nominated producer Jim Parsons (“The Big Bang Theory,” “The Boys in the Band”) and Darlene Hunt (“The Big C”), will have a special series premiere Sunday, Jan. 3 (8 p.m.), following the “NFL on FOX” doubleheader. The series then makes its time period premiere Thursday, Jan. 7 (9 p.m.). Based on the BBC UK original series “Miranda,” “Call Me Kat” stars Bialik as a woman who struggles every day against society and her mother to prove that she can still live a happy and fulfilling life despite still being single at 39. Which is why she recently spent her entire savings to open a cat café in Louisville, Kentucky. It was expected of Kat (Bialik) to be married with kids by now, but for many reasons, she’s still single – and totally fine with it. Of course, Kat’s mother, Sheila (Emmy Award winner and Golden Globe nominee Swoosie Kurtz, “Mike & Molly,” “Sisters”), views her daughter’s single-hood as her own personal failure, but Kat remains determined to live a fulfilling life, and charts her own course to happiness. Working alongside Kat at the café are Randi (Kyla Pratt, “One on One”), a confident millennial and self-proclaimed “non” cat person; and Phil (Emmy Award winner Leslie Jordan, “The Cool Kids,” “Will & Grace”), who recently broke up with his longtime partner. Although Kat celebrates her independence, her single-forever plans may begin to veer off-course, when her former crush and good friend, Max (Cheyenne Jackson, “American Horror Story,” “30 Rock”), returns to town and takes a job as a bartender at the piano bar across the street, working with his friend, Carter (Julian Gant, “Good Girls”).

Entering its ninth and final season, hit comedy “Last Man Standing” will have a special season premiere Sunday, Jan. 3 (8:30 p.m.), following the series premiere of “Call Me Kat.” “Last Man Standing” makes its time period premiere Thursday, Jan. 7 (9:30 p.m.). The series stars Tim Allen as Mike Baxter, a happily married father of three daughters, who finds himself the odd man out in a home dominated by women. The series also stars Nancy Travis, Amanda Fuller, Molly McCook, Christoph Sanders, Jordan Masterson, Jonathan Adams, Krista Marie Yu and Hector Elizondo. After the events of the eighth season finale, during which Kristin (Fuller) went into labor with her baby daughter, while Mandy (McCook) was pregnant with her first child, the series will jump ahead into the near future, when Mike and his wife, Vanessa (Travis), will contemplate their own future, including Mike’s imminent retirement from his lifelong job at Outdoor Man – and who could be his successor.

Also on Thursday, Jan. 7 (8 p.m.), hit culinary competition series “Hell’s Kitchen” returns for its 19th season in a flashy new setting, as chef Gordon Ramsay takes the show to Las Vegas, the city that’s home to the world’s first Gordon Ramsay “Hell’s Kitchen” restaurant at Caesars Palace. For the first time ever, 16 aspiring chefs from around the country will roll the dice and head to Sin City in the hopes of winning big. Each week, the competition will get hotter as the chefs are put through rigorous culinary challenges – reaping high stakes rewards and punishments, all with a Sin City flare. But only those who possess the right combination of ingredients will continue in the competition, until one is named winner. At stake is a life-changing grand prize, including a head chef position at Gordon Ramsay “Hell’s Kitchen” Lake Tahoe at Harvey’s Hotel and Casino, and the title of “Hell’s Kitchen” winner.

Season four of “The Resident,” premiering Tuesday, Jan. 12 (8 p.m.), continues to shine a light on the daily heroism of today’s health care workers. The provocative medical drama follows the doctors and nurses at Chastain Memorial Hospital, as they face personal and professional challenges and fight for their patients’ health. The new season picks up as Dr. Conrad Hawkins (Matt Czuchry) and nurse practitioner Nicolette Nevin (Emily VanCamp) tie the knot in an intimate and beautiful wedding, strengthening their already powerful bond. Meanwhile, Chastain is transitioning from private to public hospital, causing the hero doctors to fight to fix the broken machine from the inside. Dr. Randolph Bell (Bruce Greenwood) finds himself mining his own past to find his estranged former stepson, elite plastic surgeon Dr. Jake Wong (guest star Conrad Ricamora). Bell attempts to bring Wong to Chastain to increase the number of world-class surgeries at the hospital and to repair their complicated past. Additionally, as star surgical resident Dr. Mina Okafor (Shaunette Renée Wilson) and her brilliant mentor, Dr. AJ Austin (Emmy Award nominee Malcolm-Jamal Warner), grow closer than ever, they must learn to maintain a professional relationship within the walls of the hospital. The series also stars Manish Dayal, Jane Leeves and Morris Chestnut.

From executive producer Greg Berlanti, season two of “Prodigal Son” premieres Tuesday, Jan. 12 (9 p.m.). “Prodigal Son” follows Malcolm Bright (Tom Payne), a criminal profiler with a rare talent for getting inside the minds of killers. He learned how they think because his father, Dr. Martin Whitly (Michael Sheen), was a notorious serial killer known as “The Surgeon.” Now he’s using his twisted genius to help the NYPD solve their most puzzling murders. Bright’s team, led by his longtime mentor, NYPD Lt. Gil Arroyo (Lou Diamond Phillips), includes detectives Dani Powell (Aurora Perrineau), JT Tarmel (Frank Harts) and medical examiner DR. Edrisa Tanaka (Keiko Agena). Season two picks up with Bright’s personal life in disarray after the shocking actions of his sister, Ainsley (Halston Sage), in the season one finale. Now, he must "take care" of her and protect his mother, Jessica Whitly (Bellamy Young), from a secret that could tear the family apart all over again. Further complicating matters, Martin seeks to deepen his relationship with Bright, his “prodigal son,” but forging this bond leads to shocking twists and revelations.

FOX’s No. 1 drama, “9-1-1,” and last season’s No. 1 new scripted series, “9-1-1: Lone Star,” will have their back-to-back season premieres on Monday, Jan. 18. Creators Ryan Murphy, Brad Falchuk and Tim Minear reenergize the procedural drama with “9-1-1” and the first extension of its universe, “9-1-1: Lone Star,” set in Austin. Both series explore the high-pressure experiences of police officers, firefighters and dispatchers who are thrust into the most frightening, shocking and heart-stopping situations. These emergency responders must try to balance saving those who are at their most vulnerable with solving the problems in their own lives. The fourth season premiere of “9-1-1” (8 p.m.) kicks off with another jaw-dropping signature disaster that only Los Angeles’ finest and fearless first responders can handle. After a devastating 8.0 earthquake and coastal tsunami wreaked havoc in the city, what could possibly be next? Meanwhile, among the chaos, Athena (Angela Bassett) is determined to put her physical and emotional injuries behind her and jump back into the job, as Maddie (Jennifer Love Hewitt) and Chimney (Kenneth Choi) prepare for the birth of their baby, and Buck (Oliver Stark) delves into his past to help deal with his present. The series also stars Peter Krause, Aisha Hinds, Ryan Guzman, Rockmund Dunbar, John Harlan Kim, Corinne Massiah, Marcanthonee Reis and Gavin McHugh.

Actress Gina Torres (“Suits,” “Firefly”) joins season two of “9-1-1: Lone Star” (9 p.m.) as Capt. Tommy Vega. But even as Capt. Owen Strand (Rob Lowe) welcomes Vega to the 126, he must face the unexpected arrival of his ex-wife, Gwyneth (recurring guest star Lisa Edelstein, “House”), who visits Austin to check on their firefighter son, T.K. (Ronen Rubinstein), following the injuries he sustained at the end of last season. All of this occurs as the rescue squad must deal with an emergency that the Texas capital has never encountered before. The series also stars Jim Parrack, Sierra McClain, Natacha Karam, Brian Michael Smith, Rafael Silva and Julian Works.

Catch up on all shows with On Demand, FOX NOW and Hulu. Episodes are available to watch On Demand for customers of AT&T TV, Cox, DIRECTV, DISH, Spectrum, Sling TV, Verizon FiOS, XFINITY and YouTube TV. Fans also can stream episodes on FOX NOW and Hulu.