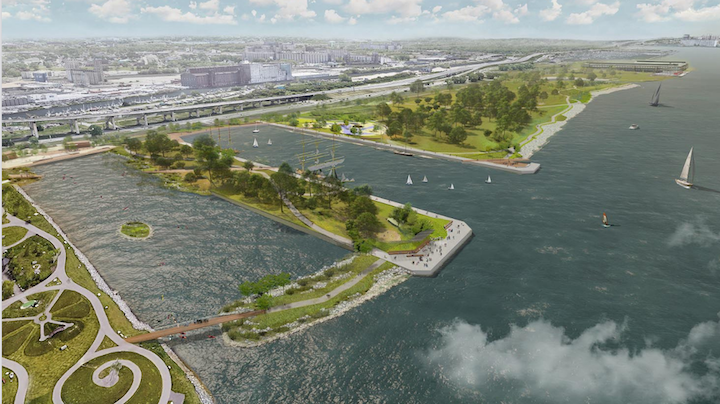 Work will be completed in phases

The Erie Canal Harbor Development Corp. board of directors met Monday and adopted the Buffalo Outer Harbor’s general project plan (GPP). The Outer Harbor GPP outlines future improvements that will be made to the city’s Lake Erie waterfront to build on improvements that have been recently completed by EHCDC. The development plan includes recreational facilities to improve what is currently vacant, substandard or underutilized property along a nearly one-and-a-half mile stretch of Lake Erie waterfront. The GPP also outlines sitewide elements, features and amenities, as well as specific improvements along certain areas within ECHDC’s Outer Harbor property. This adoption of the GPP is a critical legal step that establishes the budget, scope and objectives of the project and will allow ECHDC to move the project into its construction phase. Read GPP here and see renderings here.

“This tremendous step forward for the Outer Harbor lays out our plans for this unique piece of land and how we will accomplish them,” ECHDC Chairman Robert Gioia said. “The Outer Harbor has so much potential and ECHDC is excited to adopt its GPP and advance the creation of recreational opportunities and access on our waterfront.”

The GPP officially adopts the projects outlined in ECHDC’s community-driven capital planning process, referred to as the Outer Harbor preferred plan (filed by the ECHDC board in June 2019).

It is expected the project will be done in phases, with completion over a 20-year span, or as funding becomes available. Phase one, estimated to cost $45 million, will be funded by the Buffalo Billion, ECHDC – via the New York Power Authority through relicensing agreements tied to the operation of the Niagara Power Project – and federal sources. This initial phase, which could begin as soon as 2021, includes the creation of new and enhanced open spaces, increased land and water access, the addition of comfort stations, and passive and active recreational amenities. Improvements on more than 50 acres of upland and watered property, including the creation of an aquatic habitat in slip No. 3, rehabilitation of Terminal B, and upgrades at Bell Slip and Wilkeson Pointe, would occur during this first phase. The total GPP project budget is estimated to be $150 million. Later phases will be implemented when funding is secured. 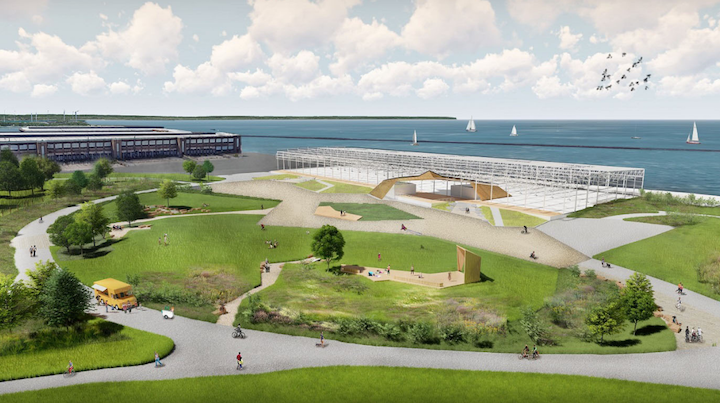 The ECHDC board also authorized ECHDC to enter into a memorandum of understanding with New York State Office of Parks, Recreation and Historic Preservation. ECHDC will reimburse State Parks an amount not to exceed $992,000 over a four-year period for operations and maintenance of ECHDC-owned property on Buffalo’s Outer Harbor. State Parks has provided general maintenance and lawn care services since 2015 at this property. The funding source is the NYPA relicensing agreement.

A press release stated, “Under Gov. Andrew Cuomo’s leadership, New York is making a historic commitment to improving and expanding access to outdoor recreation. In 2013, almost 400 acres of land on the Outer Harbor was transferred from the Niagara Frontier Transportation Authority to ECHDC. As part of that transfer, Buffalo Harbor State Park was designated as the 180th state park in New York’s system and the first in the City of Buffalo. The remaining approximately 247 acres of land north of Buffalo Harbor State Park is now operated by the ECHDC, which completed several capital improvements to increase public access to and use of this property, and conducted several community-driven planning studies that have informed the current and future disposition of the project site.

The Erie Canal Harbor Development Corp. is governed by a nine-member board consisting of seven voting directors and two non-voting, ex-officio directors. The seven voting directors are recommended by the New York governor and are appointed by the New York State Urban Development Corp. (d/b/a Empire State Development) as sole shareholder of ECHDC. The two non-voting, ex-officio director positions are held by the Erie County executive and the City of Buffalo mayor.

As a subsidiary of Empire State Development, the state’s chief economic development agency, ECHDC supports and promotes the creation of infrastructure and public activities at Canalside, the Ohio Street corridor and the Outer Harbor, attracting critical mass, private investment and enhancing the enjoyment of the waterfront for residents and tourists in Western New York. Its vision is to revitalize Western New York’s waterfront and restore economic growth to Buffalo based on the region’s legacy of pride, urban significance and natural beauty.