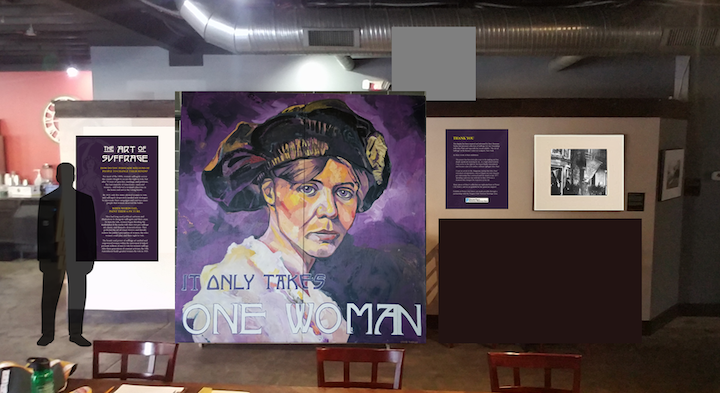 The Niagara Falls National Heritage Area is set to install an extension of “The Art of Suffrage” exhibit on Nov. 2. The display will be located at Power City Eatery on Third Street in Niagara Falls. It commemorates the 19th Amendment, which secured the right of women to vote.

The exhibit was inspired by Mary Brennan-Taylor, vice president of the YWCA of the Niagara Frontier, and her personal collection of suffrage art, in partnership with colleague Ellen Martin. Their recent exhibit, also titled, “The Art of Suffrage,” was installed earlier this year at the Kenan Center in Lockport. Brennan-Taylor’s friendship with suffragist Alice Paul and knowledge of the subject were integral in this exhibit.

Niagara Falls National Heritage Area Executive Director Sara Capen said she is thrilled to showcase these significant suffrage stories, which empowered women to fight for their right to vote.

“I am so grateful to Mary Brennan-Taylor for allowing us to share replicas of her collection and her great knowledge with Niagara Falls,” Capen said. ”This exhibit is relevant to this day as we acknowledge the contributions of activists, past and present.”

Co-owner and chef at Power City Eatery, Joseph Hotchkiss will be offering up some suffrage-themed sandwich specials this week to celebrate Election Day.

“I hope the public will stop by for lunch this week to take in this inspiring exhibit and learn about the movement that led to the 19th Amendment,” he said. “It’s an honor to display such an important part of our country’s history in our eatery.”

“The Art of Suffrage” will be available for the public to view at Power City Eatery, located at 444 3rd St.

The Niagara Falls National Heritage Area is one of 55 National Heritage Areas in the U.S. Designated by the U.S. Congress in 2008, its mission is to preserve, protect and promote the historic, natural and cultural resources of the area stretching from Niagara Falls to Old Fort Niagara in Youngstown. The NFNHA works through a network of partners who seek to make interpretive, environmental, economic and social improvements that benefits residents and visitors alike. Major projects of the NFNHA include the Discover Niagara Shuttle, NF Murals and the Niagara Falls Underground Railroad Heritage Center. Learn more at discoverniagara.org. 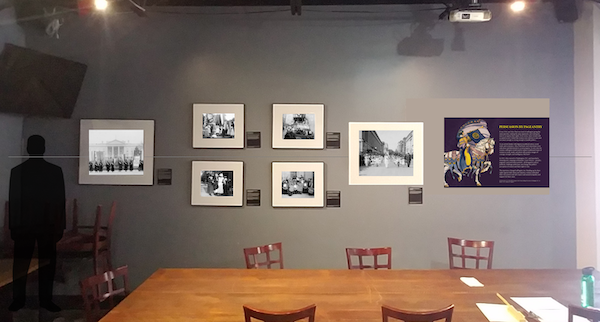