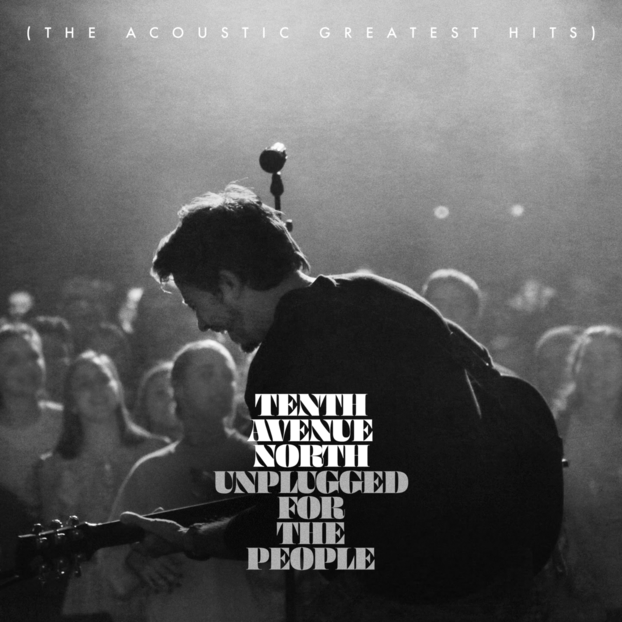 ‘Unplugged For The People (The Acoustic Greatest Hits)’ now available

After announcing their farewell earlier this year, Tenth Avenue North is releasing their last offering as a band with newly recorded versions of their hits over the past two decades. The album, “Unplugged For The People (The Acoustic Greatest Hits),” is available now and features 10 of the band's greatest hits and fan favorites, including "By Your Side," "You Are More," "Control" and "Greater Than All My Regrets.”

“ ‘Give the people what they want.' That’s the advice I give to young artists when I hear them begin to grumble over their first hit song. 'All of this ... all the attention, the love, the audience giving you the time of day ... it’s a gift. So, give them what they came to hear,' " Tenth Avenue North frontman Mike Donehey said. "And that’s the heart behind ‘Unplugged For the People.’ In a lyric-driven genre, I can’t tell you the number of times I’ve heard, 'I just wished you stripped everything away so we can hear the words better.' We took note. If it’s time to say goodbye to this band, and this 20-year journey we’ve been on, we figured we might as well go out with what we’ve been asked for all along the way. Luscious, contemplative, dreamy, intimate ... these are the adjectives we aimed for as we sent files back and forth during the tightest months of lockdown. These songs, which we’ve sung countless times over the last decades, spoke to us in new and profoundly comforting ways. We hope they do the same for you."

The band felt it would be fitting to close this season of members’ lives by recording and reimaging some of its greatest hits for a loyal fanbase. With its farewell tour this year postponed due the pandemic, the band was able to dream and record these new versions during lockdown.

The band is hosting a special virtual album release show as its performs songs from the new record at Blackbird Studios in Nashville – where many of its hits were first recorded. Fans can purchase tickets to this unique livestream event at 8 p.m. ET Oct. 30 here.

More than 20 years ago, Tenth Avenue North was formed as three friends in a dorm room, and they have gone on to sell more than 2 million albums, win multiple GMA Dove Awards (including New Artist of the Year) and tour around the world. Tenth Avenue North has been awarded a RIAA Platinum-certified single ("By Your Side"), two RIAA Gold-certified singles ("Worn," "You Are More") and a RIAA Gold-certified album (“Over and Underneath”). Since their acclaimed national debut, “Over and Underneath,” Tenth Avenue North’s career has been built one hit song at a time thanks to radio favorites such as “Love Is Here,” “Hold My Heart,” “By Your Side,” “You Are More," and their multi-week No. 1 smash “Control (Somehow You Want Me).”