Born Nov. 20, 1936, in Toronto, Canada, to the late Reginald and Margaret Langlois, she is survived by her sister, Joan King of Kingston, Ontario, and four first cousins residing in the U.S. and Canada. Grace excelled academically, graduating with honors from Branksome Hall in Toronto, receiving dual Bachelor of Arts (with high honors) and Bachelor of Library Science degrees from University of Toronto, and earning a Master of Library Science degree from the State University of New York at Buffalo.

She had served as medical librarian at both the University of Buffalo Medical & Dental Schools and Kenmore Mercy Hospital and then as acquisitions librarian at D’Youville College until her retirement in 2000.

Grace lived on Grand Island for over 50 years; raised her children there; and was active in the Friends of the Grand Island Library, Grand Island Historical Society, Trinity United Methodist Church, and homeowners association of the Landings at River Oaks.

She and her husband of 24 years, Henry, were members of the Bell Aerospace Ski Club; enjoyed cross country skiing, hiking; and frequently visited their children and grandchildren. They traveled extensively, “Antarctica to Zimbabwe,” they said in their early retirement years, letting penguins peck their boots in Antarctica, walking with lions in Zimbabwe, climbing to the Potala Palace in Lhasa Tibet, floating in the Dead Sea, standing on the salt at Badwater in Death Valley, renewing their baptismal vows in the River Jordan, and swimming on the Great Barrier Reef before moving to Canterbury Woods in 2017.

In lieu of flowers, donations in her memory may be made to the Michael J. Fox Foundation for Parkinson’s Research. 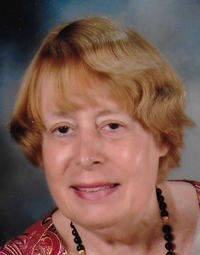