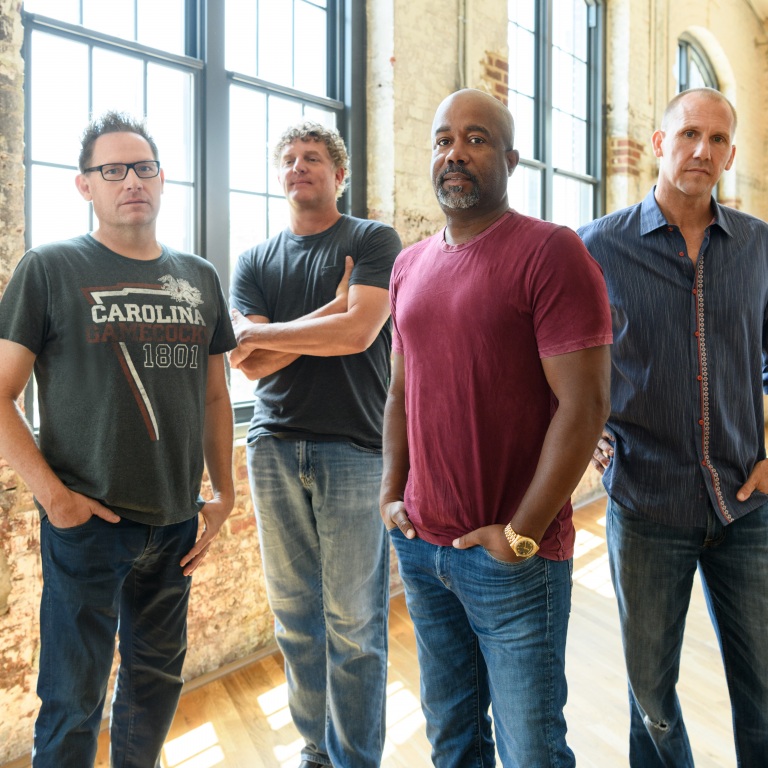 Grammy Award-winning band Hootie & the Blowfish recognize the sacrifice of military service members and their families as the holiday season approaches, with their release of “Won’t Be Home For Christmas” featuring Abigail Hodges. The song written by Hootie & the Blowfish and produced by Jeff Trott, is available everywhere.

Opening with Hodges’ earnest plea – “Dear Santa Claus / I write to you because / I don’t want toys this year / I just want my daddy here” – the duet portrays the dynamic between a young daughter at home and her deployed father, brought to life by lead singer Darius Rucker’s distinct baritone vocals.

“Abigail is actually the daughter of David Hodges, who’s an awesome producer here in Nashville” Rucker noted. “She did a great job of adding that perspective to this song and really bringing the lyrics to life.”

Guitarist Mark Bryan said, “We feel very fortunate to have the freedom to enjoy the holidays with our families, however we know that isn’t the case for everyone. Whether they’re deployed overseas or stationed far away from their families, this can be a tough time for military members. We wanted to really pay tribute to that sacrifice and thank these men and women for everything they do to keep us safe.”

Hootie & the Blowfish also recently released “Turn It Up (Walshy Fire Of Major Lazer Remix),” a reimagined version of the track off their November 2019 album “Imperfect Circle” – the first new music in nearly 15 years from the Diamond-certified hitmakers, which followed their sold-out, five-country “Group Therapy Tour.”