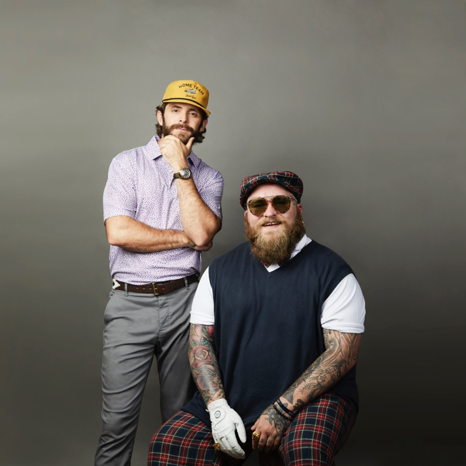 Ace Atlanta singer/songwriter Teddy Swims returns with an updated take on his latest single, “Broke,” with multi-Platinum entertainer Thomas Rhett, out today via Warner Records. On the new version, the duo add “an extra shot of country twang” to Teddy’s Motown-meets-two-step stomp.

Get it HERE and watch the video HERE.

Teddy’s new rendition of “Broke” preserves his formidable baritone, as well as the boisterous beat at the song’s core. But as the track reaches its peak, Rhett joins the party with a smoky verse: “I ain’t sayin’ I’m rich, but I’ve got a couple dollars to blow. / Yeah, we’re gon’ celebrate tonight / Put some champagne on some ice / ’Cause you can’t take it with you when you go!”

Since its release at the end of August, “Broke” – Teddy’s second original release – has earned raves from the likes of Idolator, Flaunt and American Songwriter, the latter of which praised Teddy’s “honest, emotional” sentiments. The critic Bob Lefsetz was similarly impressed by “Broke,” writing, “I’d say it’s a one listen smash, but that’s not an accurate description, IT’S A FIFTEEN SECOND SMASH!”

Teddy has over 1.5 million YouTube subscribers, and his covers videos – of songs by Lewis Capaldi, Justin Bieber, Billie Eilish and Khalid, to name a few – have racked up 183 million views. In January, he signed to Warner Records, released his first original song, “Picky,” and embarked on his first sold-out national headline tour. Earlier this year, he earned major props for his covers of Shania Twain’s “You’re Still the One” (named one of the week’s best tracks by Rolling Stone), The Weeknd’s “Blinding Lights” and Marvin Gaye’s “What’s Going On?”. He dedicated all royalties from the latter to the NAACP Legal Defense and Education Fund.

Jaten Dimsdale, better known as Teddy Swims, is an American singer and songwriter from Atlanta. SWIMS stands for Someone Who Isn’t Me Sometimes – a reference to Teddy’s struggle to integrate the different parts of himself. Teddy’s goal is to break barriers and bring people together through music.

“There are no categories, no stereotypes, no statistic is a definite number,” he says of the project. “Until we learn to see every person as an individual, we will never truly reach unity.”

Reigning ACM Awards Entertainer of the Year  Rhett recently celebrated his 16th career No. 1 hit, “Be A Light,” featuring Reba McEntire, Hillary Scott, Chris Tomlin and Keith Urban. His Grammy-nominated fourth studio album, “Center Point Road,” is a return to his roots and connects fans to his past, weaving together autobiographical stories with familiar sounds that have propelled his meteoric career.

“Center Point Road” spawned three No. 1 hits, including the Platinum lead single, “Look What God Gave Her,” which was first introduced on “Saturday Night Live.”  Rhett has received two CMA Triple Play awards for penning three No. 1 songs within a 12-month period and was named country radio’s most played artist of 2018, adding to his collection of trophies from the Country Music Association, Academy of Country Music, Billboard Music Awards and CMT Music Awards.