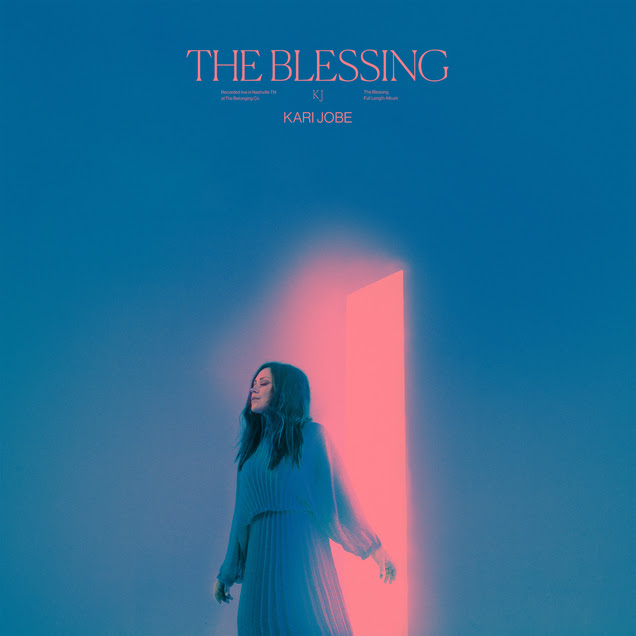 Global hit song & title track is No. 1 most consumed new release in CCM genre this year

On Friday, Grammy-nominated, Dove Award-winning worship leader Kari Jobe released the anticipated project, “The Blessing (Live Album).” As her first new album in three years, Jobe recorded the music live this summer during the pandemic without an audience despite her deep desire to worship with a live audience. The uniquely recorded live album features 15 tracks and more than three hours of worship captured, including the title track, which is the most consumed new CCM song of the year.

"I’ve been pouring my heart into this album for more than two years, asking God what he wants the church to sing and declare – not having any idea what this year would bring to the world," Jobe said about preparing for this album. "In a season where fear is trying to steal the world’s attention, I believe these songs carry the overcoming power of the truth and hope of Jesus. Everything in our world seems to be shifting, but God has not and will never change.”

Celebrating the album's release, Jobe will host “The Blessing” watch party, which will stream tonight at 8 p.m. EST. The event includes hosting segments from The Belonging Co's pastor Henry Seeley, heart behind the album discussions, as well as playback of select songs from the album. This will be a live stream on her YouTube page, where she recently surpassed 1 million subscribers – earning her the YouTube Gold Play Button award. Fans can also tune-in live on her Facebook page.

Eight months preceding today's release, Jobe co-wrote the global worship anthem of the year, "The Blessing," along with her husband and songwriter, Cody Carnes, and Elevation Worship's Steven Furtick and Chris Brown. The song was written and released the week before the world was overcome with the pandemic, and the message was so timely it continues to resonate with millions. The live video now has more than 32.2 million views, and the song has 70 million global audio streams and has been included on Spotify's U.S. viral 50 and global viral 50 playlists, plus the Top 50 most thumbed-up songs on Pandora. The single has also been Jobe’s highest-charting radio single in her career, reaching No. 7 on the Christian airplay chart and No. 5 on the AC monitored chart.

"I have cried so many times as I’ve watched different people all over the world declaring the blessing over their families, their churches, and their nations," Jobe said about the response to "The Blessing." "God is a God of his word, and this song is straight from scripture. I love how he never changes and is always with us and for us. That brings so much peace, especially in a season of disappointment, uncertainty, and fear like we have all been walking through this year. 'The Blessing' is the truth that we can declare daily over our lives, families and others. So grateful."

“The Blessing” features songs co-written by Carnes, Furtick, Austin Davis, Jacob Sooter, Jonas Myrin, Elyssa Smith, Steffany Gretzinger, Chris Brown, and Passion’s Kristian Stanfill and Brett Younker. The album was produced by Carnes, Davis, Henry Seeley and Jobe. Leading up to the release of today's album, she premiered live videos from the recording of the songs for "Let The Light In," "Your Nature," "First Love / Embers / Obsession" and "Heaven Invade."

For more than two decades, well-respected worship leader Jobe has been using her gifts to lead people into the presence of God. When she began leading worship at age 13, she never imagined she would be nominated for a Grammy, win multiple Dove Awards, have a RIAA Gold-certified single or be praised by the New York Times. She has sold more than 1.2 billion albums (TEA) in her career and has more than 1 billion career streams. Originally from Texas and now residing in Nashville, she tours the country with her husband, Carnes, and their two boys.