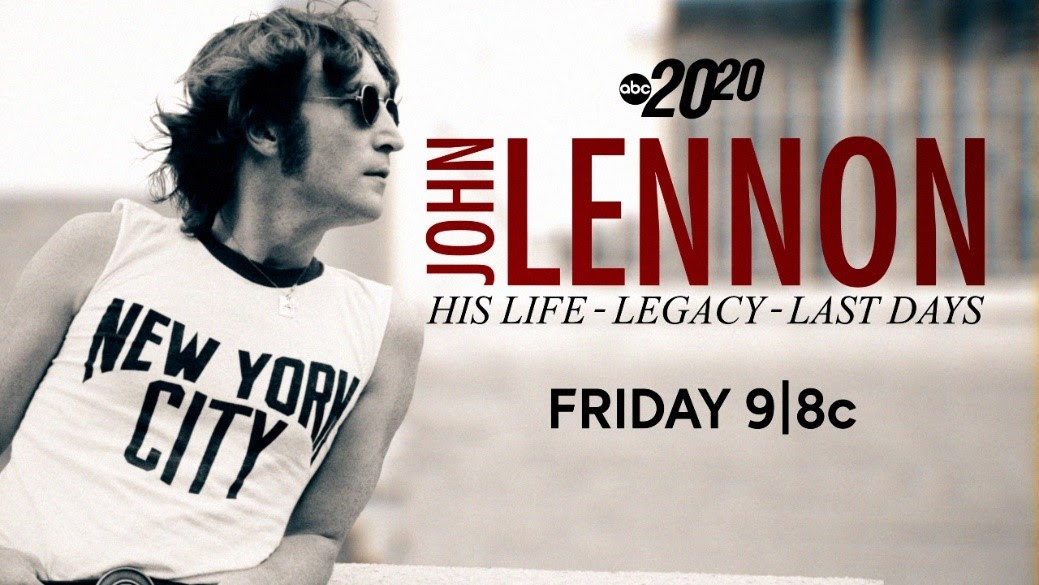 40 years after John Lennon's death, '20/20' tells story of his life and lasting legacy

On Dec. 8, 1980, the world stood still as it learned about the death of John Lennon, a music icon and former member of The Beatles. Now, nearly 40 years after that infamous day – and days after what would have been his 80th birthday – the season premiere of “20/20” tells the story of Lennon’s life, final days and lasting legacy through the eyes of close friends and colleagues, and rarely seen footage from the ABC News archives.

The program includes new interviews with Bob Gruen, legendary rock ‘n’ roll photographer who took the iconic photo of Lennon in his “New York City” T-shirt; Jack Douglas, producer of Lennon and Yoko Ono’s “Double Fantasy” album; and Elliot Mintz, close friend and Hollywood publicist. The two-hour program also includes the last interview Lennon did the day he died and interviews with the radio reporters who conducted it.