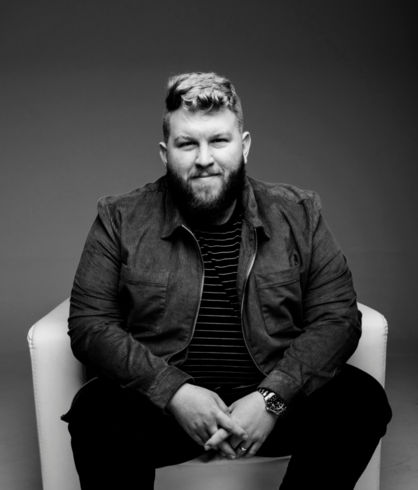 The album's powerful title track, produced by Stevens, a Grammy-winning producer, is out now. The newly released music video can be viewed here and below.

"I wrote 'Don't Lose Hope' to remind us that the sun always comes out again after a storm," Michael Cochren shared. "No matter what we are facing – even when we feel like we're at the end of ourselves – it's not over. We're going to see the brighter days."

It's been just two years since Cochren & Co.'s debut. Helmed by Cochren, he is one of two new artists to have two back-to-back Billboard Christian Airplay Top 10 radio singles as well as a GMA Dove Awards New Artist of the Year nomination. The awards will be announced Oct. 30 via TBN.

To date, Cochren & Co.'s debut single, 2018's “Church (Take Me Back),” gained a combined 30 million streams across Amazon Music, Apple Music, Pandora, Spotify and YouTube, and was nominated for a K-LOVE Fan Awards Breakout Single of the Year in 2019. Additionally, “One Day” gained more than 17 million streams across those music services in just one year.

This fall, Cochren & Co. has been touring around the U.S. as part of TobyMac's “Drive-In Theatre Tour,” which just wrapped this past weekend. After a few one-off dates, Cochren & Co. will continue touring at the start of 2021.

Cochren is a singer/songwriter and worship leader from southern Indiana. His music tells stories of hope, grace and second chances. A large variety of artists, such as Billy Joel, NEEDTOBREATHE and Ray Charles, have impacted his American piano-driven pop-soul sound.

In the summer of 2011, Cochren began writing and touring both solo and with a band of musician friends. With the release of his first EP and the help of some regional radio play in southern Indiana, he found himself performing across the Midwest, further developing his sound. In 2014, he began touring with his band under the name Cochren & Co., opening for artists such as Jeremy Camp, Newsboys, Crowder, NF and We Are Messengers. Cochren & Co. signed to TobyMac's Gotee Records in 2018.

Fans can visit CochrenMusic.com and check out his store.