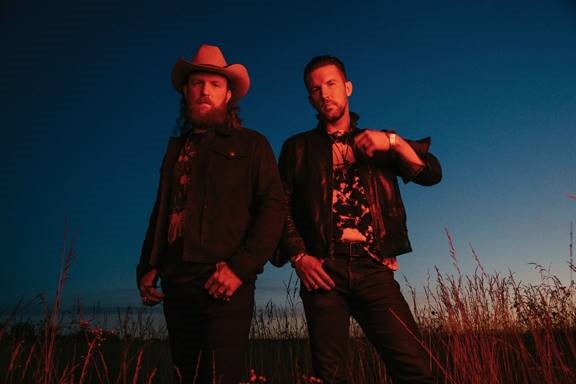 “Skeletons” features 12 songs all co-written by John and TJ, including “Hatin’ Somebody.” The album was produced by Jay Joyce and has already received rave reviews with Esquire naming it one of the most anticipated albums of 2020. Associated Press added, “Brothers Osborne can expect more Grammy nominations, and maybe even a win, with the release of their third album.”

The singer/songwriter siblings recently released the music video for their fiery current Top 30 single “All Night” (watch HERE). The high-energy video plays on the limited ability to hang out with friends and conduct a normal social life during the pandemic. Featuring a single guy running out of ways to entertain himself at home, John and TJ come to the rescue by sending a surprise box filled with COVID-19-approved guests – puppets.

The Maryland natives once again partnered with directors Wes Edwards and Ryan Silver, the same team from the ACM and CMA Award-winning video for their Top 10 hit “It Ain’t My Fault.” The puppets were created by Juan Nunez of SoCo Puppets out of Austin, Texas. The “All Night” video recently made its broadcast debut during ESPN’s Friday Night college football programming and will continue to be featured throughout the season on ESPN/ABC.

Earlier this year, Brothers Osborne received their sixth Grammy nomination in the Best Country Duo/Group Performance category for their nostalgic Top 40 hit “I Don’t Remember Me (Before You).” This nomination joins their previously nominated performances for their No.1 Platinum smash hit “Stay A Little Longer,” Top 10 Platinum hit “It Ain’t My Fault,” and the Top 25 hit “21 Summer.” All three tracks are featured on their Gold-certified debut album “Pawn Shop.” In addition, they received Grammy nominations for their sophomore album, “Port Saint Joe,” and the rowdy Top 40 hit “Shoot Me Straight.” Last fall, Brothers Osborne received the ASCAP Vanguard Award recognizing artists whose innovative work is helping to shape the future of music.

Fans can pre-order vinyl copies of “Skeletons,” which will be available on Oct. 30, HERE.