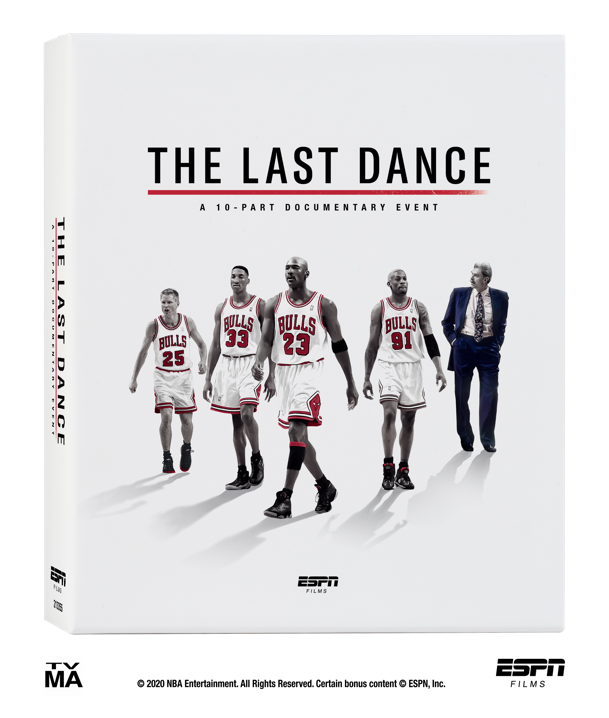 Now you can save 'The Last Dance'

ESPN’s “The Last Dance,” the popular Emmy Award winner for Outstanding Documentary or Nonfiction Series, will debut as a limited-time Blu-ray gift set on Nov. 10, complete with never-before-seen bonus interviews. The 10-part documentary follows Michael Jordan and the Chicago Bulls on their quest to win their sixth NBA championship in eight years.

ESPN’s “The Last Dance” limited-time Blu-ray gift set includes a 28-page gallery book that takes viewers into the action with photography and episode recaps, a complete pull-out timeline that captures the events of “The Last Dance,” and over four hours of bonus content.

In the fall of 1997, Jordan and the Bulls began their quest to win a sixth NBA title in eight years. With a film crew following them all season, “The Last Dance” – as coach Phil Jackson called it – would be shadowed by tension and an overwhelming sense that their storied run was coming to an end.