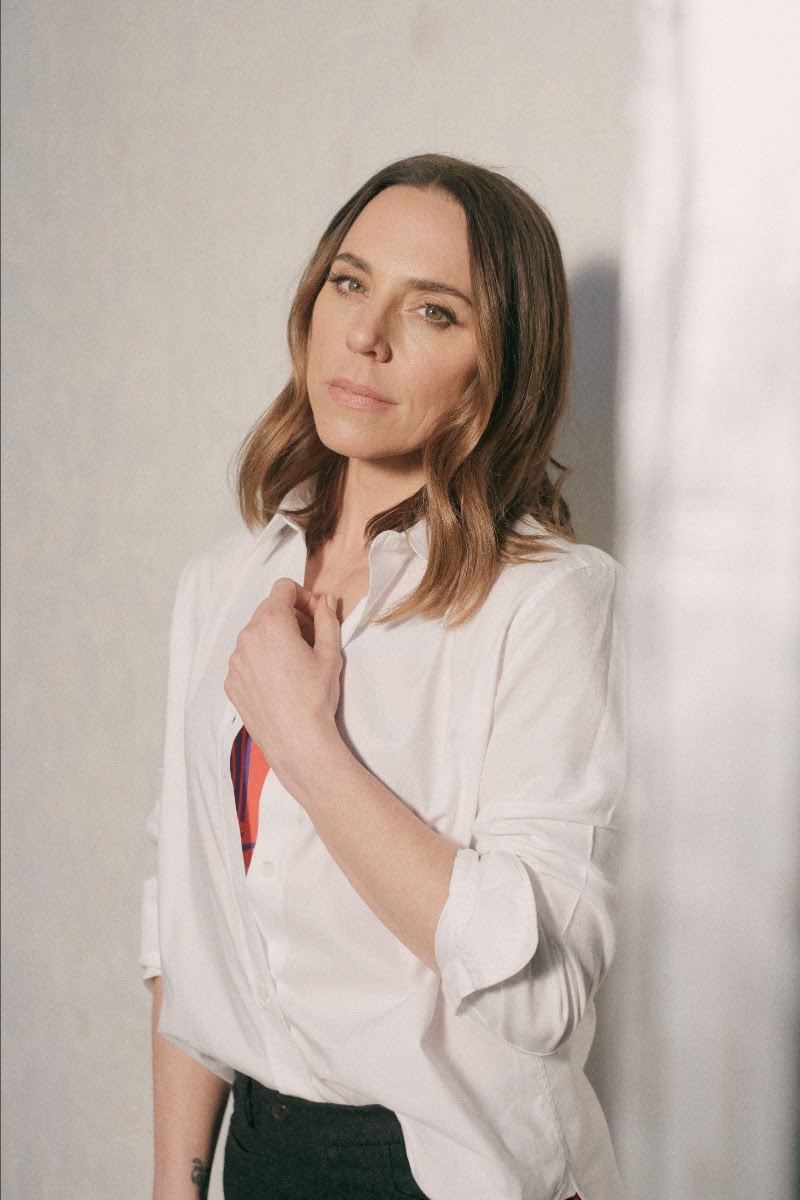 The album contains the acclaimed singles “In And Out Of Love,” “Blame It On Me,” “Who I Am,” a recent collaboration with U.K. rapper and rising star Nadia Rose (‘Fearless’), and more future-classics from an artist reaching a new peak of her pop powers, easily making this her most life-affirming, attitude-packed album to date. Sonically inspired by spending several months last year touring Pride parades with the LGBTQ+ club collective Sink The Pink, “Melanie C” is a celebration of self, an album of arms-aloft anthems of self-acceptance.

“It’s only after I’ve finished a record that I can step back and see what I’ve written about,” Melanie said. “A lot of these songs are me looking back over my life, both personal and professional. We’re always so busy striving to achieve that we rarely take the time to reflect on what we’ve already done. I don’t just mean celebrating the successes, but also all of the $h!t we’ve overcome.”

The album kicks off with a burst of euphoria in “Who I Am,” co-penned with Biff Stannard and produced by Ten Ven and hailed by Entertainment Weekly as “a catchy, synth dance number … that favors self-empowerment over codependency,” with MTV calling it a “sparkling synth-pop confessional.” Check out the Sylvie Weber-directed video HERE or catch a special live debut of the song on “The Late Late Show with James Corden” HERE.

Melanie follows up the introspective “Who I Am” with “Blame It On Me,” which she calls “an absolute banger,” about “a toxic relationship and standing up for yourself,” which is paired with a kicking “Mortal Kombat”/”Street Fighter”-inspired Weber-directed video (WATCH). These two songs, in addition to the ’90s-inspired third track, “Good Enough,” which Melanie penned alongside Shuraand Future Cut, sets the club-friendly tone of the album.

Standouts on the album include the soulful, uplifting and defiant, “Fearless,”  a 21st century “Girl Power” anthem of self-acceptance, which E! Online called “empowering” and certain to have “everyone reaching for their own crown.”

“Overload,” the vibrant album focus track was produced by George Reid (half of the U.K. duo AlunaGeorge) and written with Jonny Lattimer was “definitely influenced by my DJ’ing,” Melanie said. “It was one of the first songs completed for the album. It’s a warning song, aimed at someone who has pushed you too far. Keep at it and I’m gone is the message.”

Other highlights include the self-affirming “Here I Am,” which Melanie said was inspired by a dream. “I read it as one of those situations where you hit rock bottom and have to dust yourself off and start again. It’s relevant to this album because it feels like a new chapter for me. I’m not trying to please anyone anymore. I’ve finally realized that I am enough”; and the dark and edgy “Nowhere To Run,” which was partly inspired by none other than Billie Eilish. “I wrote it with Biff in Brighton and we’re both obsessed with Billie and Finneas and everything they do. Sonically the darkness comes from them. Lyrically, it’s about the panic attacks I suffer from. Right before I wrote the second verse, I had my first ever panic attack in a public place. I was thinking about how much I had coming up and was overwhelmed. With a panic attack, you can see the way out, but you can’t get to it. But in a strange way, you’re never more in the present than when you’re gasping for breath.”

The penultimate track on the record, “In And Out Of Love,” takes listeners back to the dancefloor. “It’s a flighty, party, ’70s disco song. I love the bonkers sounds,” Melanie explained. “It was written with Biff and One Bit, young London producers who he introduced me to. Basically, the song is about going out on the pull, being footloose and fancy free, with no responsibilities.

The album closer slows things down in the form of a beautiful ballad, “End Of Everything.” Talking about the inspiration behind the song, Melanie said, “Between 2016 and 2019 my life has totally changed. I rebuilt my team, signed with a new label and worked with loads of new musicians. Often I’m petrified of change, but I took a leap of faith and know I’ve no regrets. It’s a moving-on song, a closer that marks a fresh start.”

Key to the project was working with a host of young artists, among them Rae Morris, Fryars, Little Boots, Shura and Nadia Rose and emerging dance producers including One Bit and Billen Ted.

“I love working with younger writers and young female artists in particular,” Melanie said. “Their influences growing up were so different to mine and they have a more adventurous approach when it comes to melodies. The energy they bring is incredible. They’ve taught me to hear music differently. I am in awe of all of them.”

“Melanie C” is available digitally, on CD and on vinyl both in standard edition and as two-times deluxe CD edition with bonus tracks, exclusive colored vinyl, and special limited deluxe vinyl with exclusive 120inch singles. All live shows and album formats are available now via https://melaniec.net