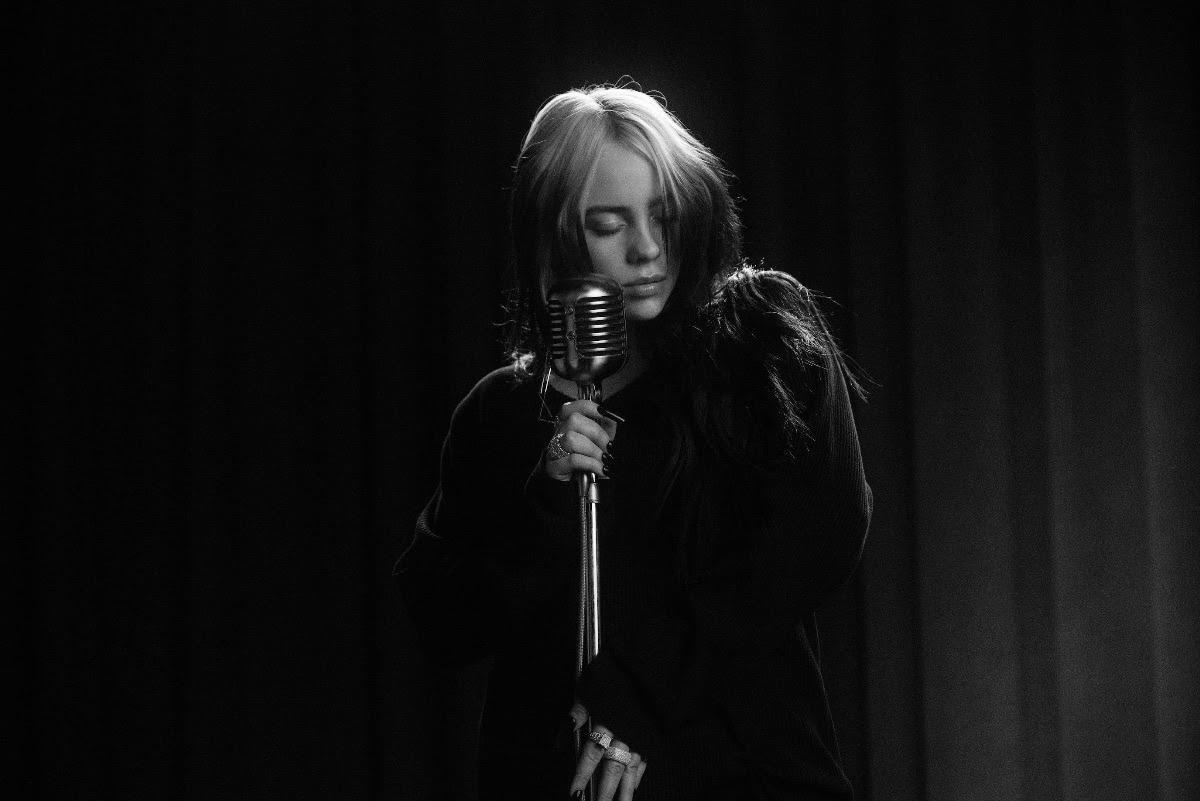 Directed by Daniel Kleinman, the visual interweaves footage of  Eilish with scenes taken from the anticipated upcoming film. Watch below.

The song is out via Darkroom/Interscope Records and was produced by Eilish’s brother; fellow multi Grammy Award-winning FINNEAS, alongside Stephen Lipson, with orchestral arrangements by Hans Zimmer and Matt Dunkley, and guitar from Johnny Marr. The 18-year-old Eilish is officially the youngest artist in history to both write and record a James Bond theme song. Listen HERE.

Speaking on  Eilish and FINNEAS’ involvement in the film’s title track, “No Time To Die” producers Michael G Wilson and Barbara Broccoli revealed, “Billie and Finneas have written an incredibly powerful and moving song for ‘No Time To Die,’ which has been impeccably crafted to work within the emotional story of the film.”

Eilish said, “It feels crazy to be a part of this in every way. To be able to score the theme song to a film that is part of such a legendary series is a huge honor.”

FINNEAS added, “Writing the theme song for a Bond film is something we’ve been dreaming about doing our entire lives. There is no more iconic pairing of music and cinema than the likes of ‘Goldfinger’ and ‘Live and Let Die.’ We feel so, so lucky to play a small role in such a legendary franchise; long live 007.”

The film’s director, Cary Joji Fukunaga, shared, “There are chosen few who record a Bond theme. I am a huge fan of Billie and Finneas. Their creative integrity and talent are second to none.”

Eilish and FINNEAS will also be joining “No Time To Die” star Daniel Craig for James Bond Day with a very special interview and performance on NBC’s “The Tonight Show Starring Jimmy Fallon” on Monday, Oct. 5

The song “No Time To Die” is out everywhere now.

In “No Time To Die,” Bond has left active service and is enjoying a tranquil life in Jamaica. His peace is short-lived when his old friend, Felix Leiter from the CIA, turns up asking for help. The mission to rescue a kidnapped scientist turns out to be far more treacherous than expected, leading Bond onto the trail of a mysterious villain armed with dangerous new technology.

“No Time To Die” will be released in theaters globally next spring in the U.K. through Universal Pictures International; and April 2, 2021, in the U.S. from MGM, via its United Artists Releasing banner.