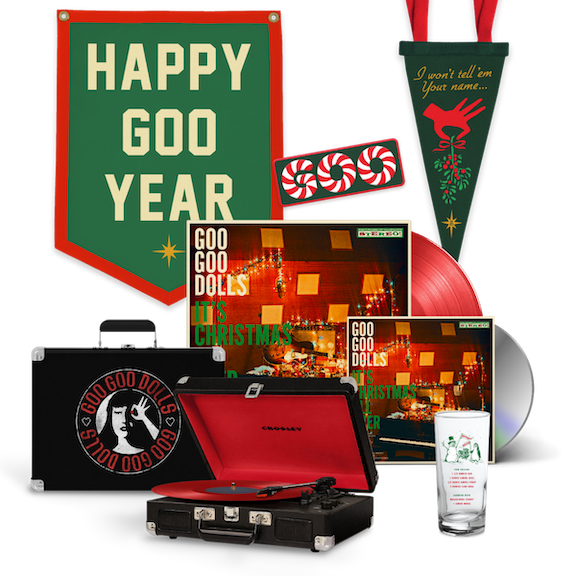 First taste from forthcoming album ‘It's Christmas All Over’

Multi-Platinum, four-time Grammy Award-nominated rock band Goo Goo Dolls have released "This Is Christmas" today, the debut single from their forthcoming record “It's Christmas All Over,” out Oct. 30 via Warner Records. The first of two original songs set to be featured on the album, "This Is Christmas" is described as a timeless ballad that encapsulates the warmth and spirit of classic Christmas music. Listen to it now HERE.

Preorders for “It's Christmas All Over” are available beginning today, as well as exclusive merch offers including a red vinyl LP featuring the bonus song "I've Got Your Love To Keep Me Warm," a Goo Goo Dolls Crosley record player and additional limited edition items that are ideal for the holidays. For more information, visit the band's website HERE.

Recorded during lockdown this year and produced by frontman John Rzeznik alongside the band's frequent collaborators Brad Fernquist and Jimmy McGorman, the album will feature a diverse collection of songs including cover renditions of iconic holiday tracks such as "Let It Snow" and "Hark! The Herald Angels Sing," as well as several rarities and a jazz-infused medley finale.

"This album we dedicate to everyone, everywhere who still believes in hope," Rzeznik said. "God knows we need a lot of hope this year. From the deepest part of our hearts, happy holidays from all of us to all of you."