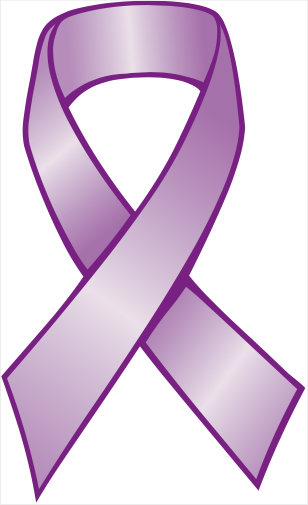 October is Domestic Violence Awareness Month. The Erie County District Attorney’s Office continues to be a resource for victims by assisting law enforcement in the investigation of incidents of domestic violence, prosecuting the offenders for their crimes, and providing resources for survivors through the BE-SAFE program.

The office noted, “Domestic violence is a pattern of behavior and coercive control that may include physical, emotional, verbal, psychological, economic, financial and/or sexual abuse perpetrated by one person to gain and maintain power and control over another within a family or intimate relationship. Domestic violence can occur between spouses, intimate partners, family members, and within dating relationships. It can happen to anyone, regardless of their age, race, gender, education level, sexual orientation, religion or economic status.

“While temporary closures and social distancing have been effective in slowing the spread of COVID-19, it poses a safety risk for those who are experiencing abuse at home. The pandemic has created uncertainty in our everyday lives. An increase in stress and disconnect from social support systems can put a person at greater risk for violence at the hands of an intimate partner. An abuser may also use the pandemic as a means to manipulate and keep a victim isolated from family, friends, and other resources.”

For the month of October, Old Erie County Hall will be illuminated in purple to commemorate Domestic Violence Awareness Month. The press release said, “We remember all of those who have lost their lives at the hands of an intimate partner and recognize the survivors for their courage and strength. To date, there has been one domestic violence-related homicide in Erie County in 2020. There were 14 DV-related homicides last year.”

District Attorney John J. Flynn said, “While I am thankful that there has been a decrease in the number of domestic violence-related homicides compared to last year, intimate partner violence continues to be a problem. When the stay-at-home order went into effect in March, I was concerned that victims would be trapped inside their homes with an abuser and unable to call for help. Domestic violence is a silent epidemic that thrives in an environment of secrecy and shame, and there may be victims who are either not coming forward or unable to come forward. It is important that everyone recognize the signs of domestic violence and know that we are here to help.”

A group of assistant district attorneys within the DA’s office are assigned to investigate and prosecute all domestic violence cases. The domestic violence bureau has a dual mission: to prosecute offenders thereby holding them accountable and to prevent them from harming any victim in the future. Prosecutors assigned to the domestic violence bureau receive specialized training and appear in all city, town and village courts. They also staff several OCA specialty courts, including the Buffalo City Court Domestic Violence Part, the Erie County Court Felony Domestic Violence Court and the State Integrated Domestic Violence Court. Prosecutors are assisted by specially trained advocates and social workers who work with victims to address their special needs and to ensure their safety.

The DA’s office aggressively prosecutes domestic violence cases and holds the defendant accountable for their crimes to prevent future abuse. In addition to seeking convictions against offenders, prosecutors in the DV bureau obtain orders of protection, which prevent the defendant from having any contact with the victim, including third party. The bureau also works to remove a convicted offender’s access to guns.

The press release said, “Of the 14 DV-related homicides in Erie County last year, 12 deaths involved gun violence. One of the most significant threats to victims of domestic violence is a perpetrator’s access to firearms. To combat this issue, the prosecutor will serve a 370.15 notice at the majority of arraignments for a qualifying domestic violence charge and a qualifying relationship. If a defendant is convicted of a misdemeanor or felony DV offense, they are forever prohibited from purchasing, owning, or possessing a firearm.”

This year, the DA’s Office successfully prosecuted an offender in a case of domestic violence. In March, a jury found 28-year-old Kaiden Haynes guilty on all charges in a 14-count indictment against him for abusing his girlfriend and her child. The defendant, with intent to seriously or permanently disfigure the victim, repeatedly whipped, burned, cut, strangled and tortured his girlfriend on multiple occasions over the course of 10 months. He also forced the victim to hit her child and the child to hit his mother with various objects. Haynes was sentenced to 70 years in prison for his crimes, which was one of the highest sentences imposed in a domestic violence case in recent years.

The BE-SAFE (Buffalo and Erie County Stopping Abuse in the Family Environment) program specializes in advocacy for domestic violence within the criminal courts. The program provides resources for victims before, during and after the criminal prosecution period. The BE-SAFE program is located within the DA’s office, but it is a separate entity consisting of victim advocates and social workers who assist victims of domestic violence. While the program specializes in advocacy within the criminal courts, one does not need to have a pending criminal case to access services.

So far this year, BE-SAFE has served 1,003 new clients both over the phone and in-person. Despite closures due to the COVID-19 pandemic, advocates were available for phone counseling. Advocates provided phone counseling 1,602 times. Information and referrals to other services were provided 2,281 times over the phone.

The press release said, “A safety plan is a tool that enables victims of domestic abuse to assess their options and prevent further abuse. AnchorStatistics show the most dangerous time for a victim of domestic violence is when she/he is attempting to leave the relationship or right after they have left, so it is important to create a safety plan. If you feel unsafe or want to discuss a safety plan, please contact the BE-SAFE advocates for assistance. Advocates helped survivors create 1,297 safety plans so far this year.”

Despite closures during the mandatory statewide stay-at-home order, BE-SAFE victim advocates and social workers continued to provide remote advocacy through phone outreach on any incoming case. The DA’s office reduced the number of employees in the office between March and June, but assistant district attorneys and staff remained available for essential court procedures, which included obtaining temporary restraining orders for victims of domestic violence.

The press release said, “It is important that everyone recognize the signs of domestic violence for themselves and others.” Signs of an abusive partner include:

√ Physical abuse (pushing, punching, slapping, choking, kicking, holding you against your will, using a weapon or threatening to use a weapon)

√ Blames others for his/her/their problems, does not take responsibility for their own actions, or minimizes his/her/their actions

√ Stalks the victim and/or violates order(s) of protection

The Erie County District Attorney’s Office continues to remind the public that if you or someone you know is in immediate danger, call 911.

Find more information on the BE-Safe victim advocacy program and other programs at www.erie.gov/besafe.