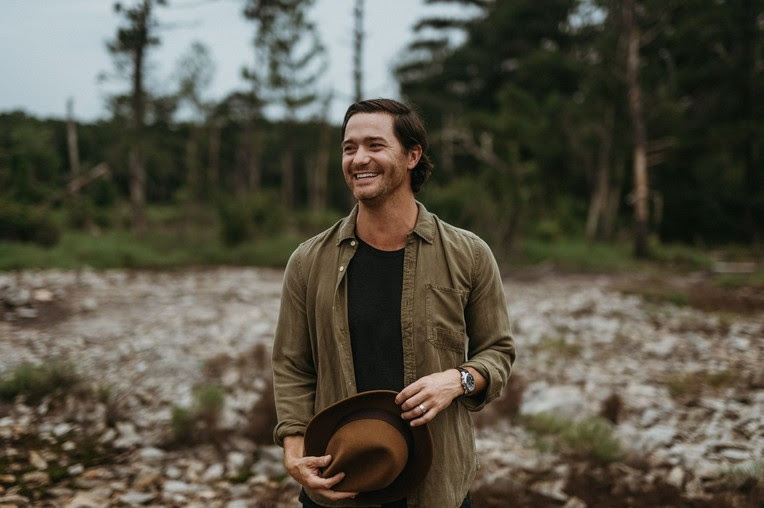 Following along the theme of the exuberant new single, he partnered with Brandon Carter to create a fun-filled animated video that even features narwhal cameos. Earlier this week, Barrett was joined by his friend and labelmate Chris McClarney on the popular @WorshipFails Instagram for a livestream where he shared a sneak peak of the song and video. The full video debuted on YouTube.

"We wanted to make a video that was so filled with childlike joy, that we couldn’t help but smile while we watched it," Barrett said. "Joy is best realized not when we talk about it, but when we experience it, and we wanted to create a video that gave a taste of that. I honestly still can’t watch it without laughing. In life, there are so many things that are completely outside of our control. However, where we find our 'peace' and 'hope' and 'joy' are not one of them. We each get to decide that. In the greatest times of uncertainty, maybe ... just maybe ... that is the most powerful decision we can make. This song reminds me of that. And I hope it does for everyone who hears it as well."

The press release added, “If ever there was a time for a song like ‘Heavenly,’ it is now. The lyrics encourage the listener to adjust his/her thinking and focus on the things that could never be taken away. Barrett's distinctive gift of marrying infectious hooks and melodies with timely emotive lyrics have propelled his songs to the top of radio charts as well as the global church.”

He currently has the top worship song in the world on the CCLI chart with the No. 1 single, "Build My Life," along with six other songs in the Top 500, including "Good Good Father."

Throughout this year, Barrett has released three new songs, "Lightning," "No Weapon" and the current radio single, "Canvas & Clay." He is currently working on new music that will culminate into a new project in 2021.

With popular songs such as “Build My Life,” “The Way (New Horizon)” and “Good Good Father,” Barrett is a key songwriter and artist in the broader worship music community. Barrett, a worship leader based in Atlanta, and former singer/songwriter with the band Housefires, released his solo debut album in 2018. He was also nominated for the prestigious New Artist of the Year for the 49th GMA Dove Awards. He was the first signing on Chris Tomlin’s label imprint, Bowyer & Bow, in partnership with Capitol CMG.