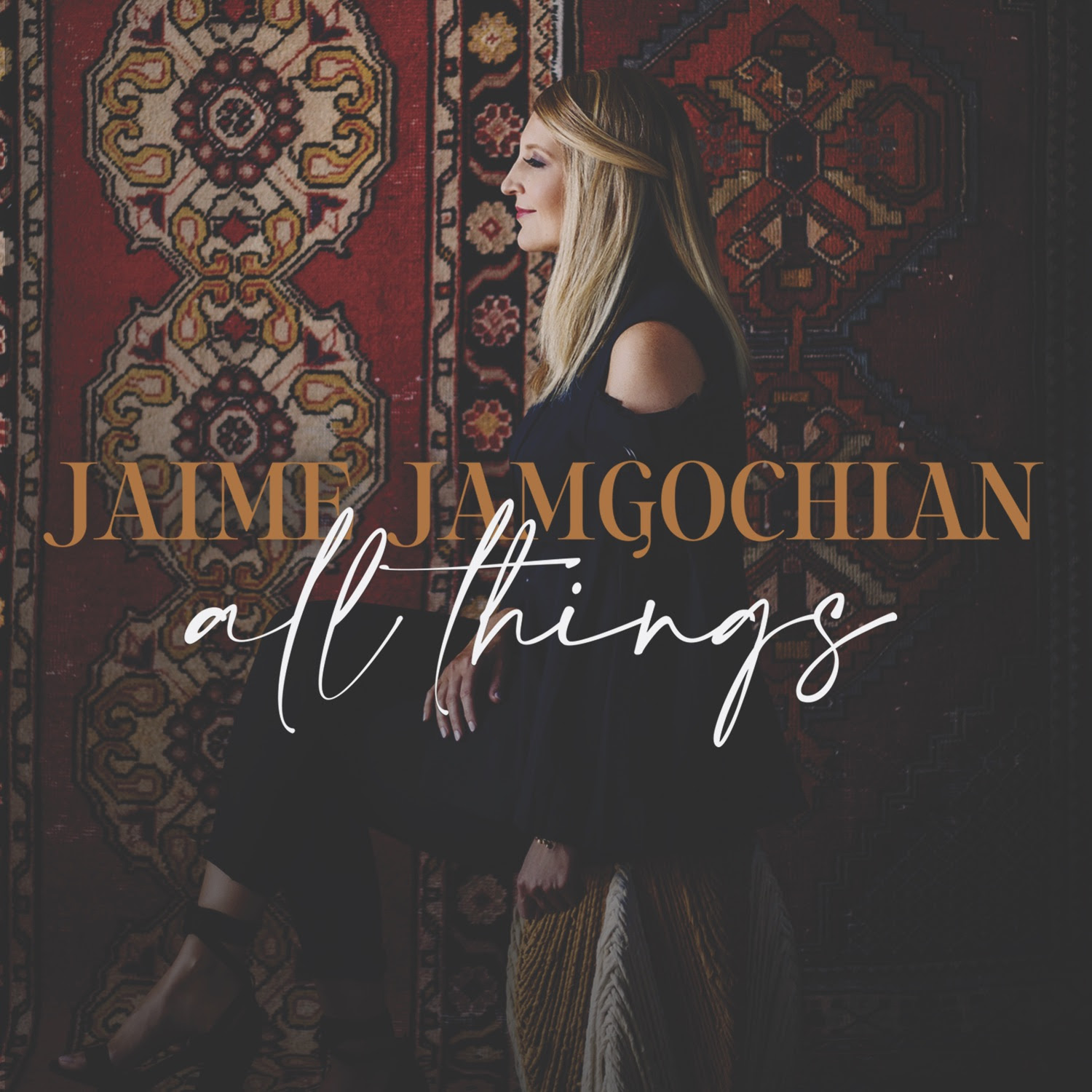 Returning to the spotlight with her first full-length album in nearly a decade, acclaimed singer/songwriter and worship leader Jaime Jamgochian is set to bow “All Things” on Oct. 2. A thematic touchstone of the long-awaited collection, debut single “Beautiful Story” celebrates the healing Jamgochian received following a debilitating battle with Lyme disease.

“I pray this song reaches other people who might be wading through a valley like I was,” she shares of the vibrant album opener. “At the end of 2018, I was hit with severe headaches. After so many prayers and doctor visits, I learned I had a Lyme disease infection that had become neurological. I had to stop working and moved out of my home to live with my parents. It was a humbling and hard season.”

“Today, after specialized treatments and lots of prayer, I am beyond excited to have full life and healing, and to be releasing music again – something I had given up on,” Jamgochian says. “How did he work those few hard years for good? I learned about perseverance, choosing joy through longsuffering, and I now have a whole new outlook on fully living life. God does promise to work all things for our good.”

With eight original selections – seven of which were co-penned by Jamgochian – along with an acoustic worship medley and an acoustic hymn medley closing the project, “All Things” was produced by Big Daddy Weave's Jeremy Redmon, We The Kingdom’s Andrew Berthgold, Antonio Porcheddu, Brenton Miles, Hawk Nelson’s Micah Kuiper, Tommy Iceland and Austin Cannon. The 10-track album also showcases songwriting contributions from some of the top writers in Christian music, including Mia Fieldes, Michael Farren, Citizen Way’s Ben Calhoun, and Benji Cowart, among others.

Highlighting “All Things” is the tender duet “Just The Way You Are,” a reminder of God’s unconditional love, featuring Grammy-nominated singer/songwriter Danny Gokey; as well as the hopeful title-cut, “All Things For My Good,” which took on new meaning for Jamgochian during her illness.

“Ben Calhoun and Micah Kuiper and I had written ‘All Things For My Good’ before my diagnosis,” she shares. “One day, while barely functioning, I pulled the demo up and let it wash over me. Tears began to run down my face as I was reminded of this simple yet profound truth. I did not feel it and barely believed it in the moment, but I knew, as Romans 8:28 says, that God could work all things together for my good.”

Boston native Jamgochian has been a beloved voice in Christian music for more than 15 years, her songs pointing listeners toward their value and purpose in Christ. Among the first artists signed to Centricity Records, Jamgochian released three acclaimed recordings with the label. Her 2006 single, “Hear My Worship,” spent 12 weeks at No. 1 at Christian radio, and she was named Billboard’s top Inspirational artist of 2008. Jamgochian also spent several years on staff at Nashville's The Belonging Co, and was part of the pioneering team that launched the church in 2014.

A sought-after singer/songwriter, worship leader and speaker, Jamgochian recently signed a co-publishing deal with Curb|Word Music Publishing. She has shared her music around the globe and will be featured on the 2021 “Aspire” women’s ministry tour, which is scheduled to hit multiple cities around the country. As a speaker, she has a passion for helping others "wait well," teaching the importance of worship while enduring trials. Adding author to her growing list of credits, Jamgochian’s first book is due for publication next year.