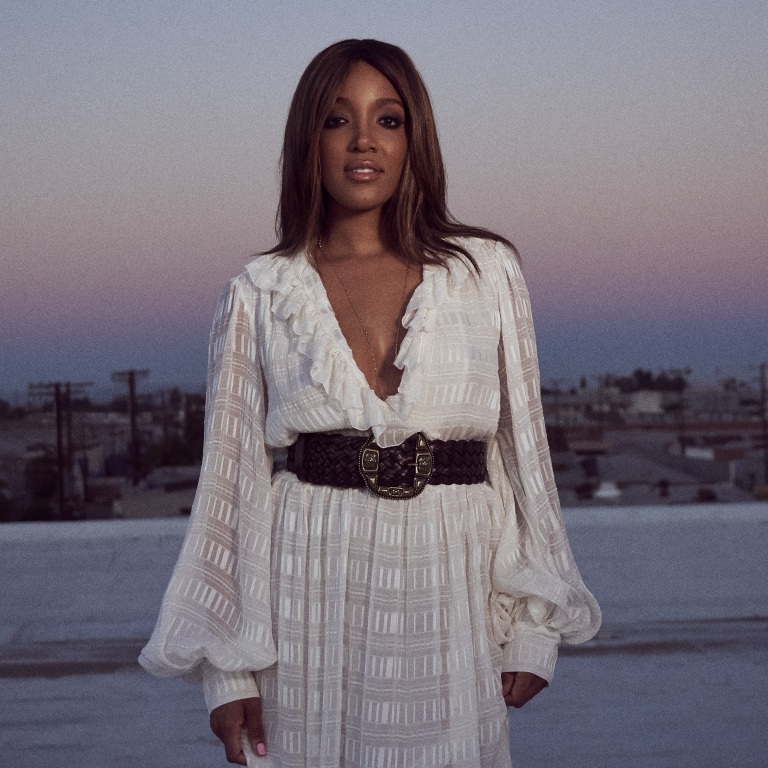 Capitol Nashville’s Mickey Guyton released her new EP, “Bridges,” on Friday (listen HERE). “Bridges” features six songs all co-written by Guyton, including the previously released tracks “What Are You Gonna Tell Her?”, “Black Like Me,” and current single “Heaven Down Here.” Continuing to receive critical acclaim as the “unapologetic voice country music needs right now” (Paste Magazine), the Texas native is “turning a mirror on country music by speaking her truth” (Associated Press).

Guyton just released the new track “Without A Net,” written by award-winning songwriter Diane Warren (listen HERE). “Without A Net” is featured in the new documentary film “Stuntwomen: The Untold Hollywood Story,” which is narrated by Michelle Rodriquez and chronicles the lives of women who perform the stunts in some of Hollywood’s biggest action sequences. Fans can watch the trailer and learn more about the film HERE.

Guyton has recently been highlighted by outlets including Pollstar, NPR, Rolling Stone and the Los Angeles Times. Originally from Arlington, Texas, she has made a name for herself as a powerhouse vocalist and impressive songwriter. NPR noted, “she’s emerging as a poised and galvanizing country-pop conscience, at once consummate pro, steadfast optimist and truth-teller … a stirring, sumptuous singer.” Billboard called her, “one of the most promising new voices in country in recent years.”

In 2015, she released her self-titled EP featuring her debut single “Better Than You Left Me” and the following year she was nominated for her first ACM Award for New Female Vocalist. Last year, Guyton returned to the ACM Awards stage to perform “I’m Standing With You” from the “Breakthrough” movie soundtrack alongside Chrissy Metz, Carrie Underwood, Lauren Alaina and Maddie & Tae. Guyton has been featured on “CBS This Morning,” ABC’s “Good Morning America” and NBC’s “Today.” She has also been spotlighted in the Los Angeles Times, PEOPLE, Entertainment Weekly, NPR, The New York Times, The Wall Street Journal, USA Today and Billboard.