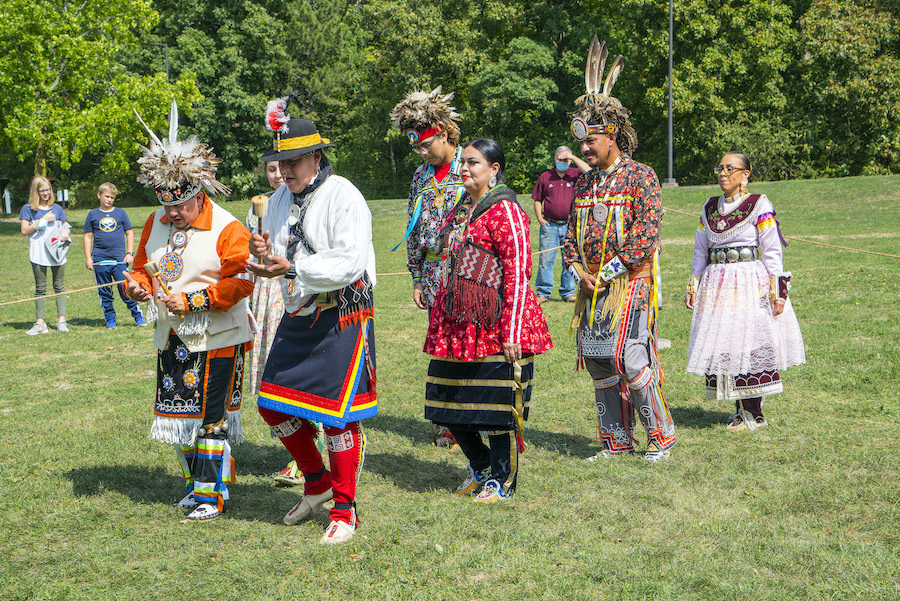 A display of Native American dancing Saturday at the 300th anniversary of the establishment of Le Magazin Royal. (Photo by Wayne Peters)

The Historical Association of Lewiston, the Niagara Falls National Heritage Area, Artpark and Old Fort Niagara teamed up to commemorate the event with a reenactment of Joncaire’s landing.

Traders brought trade goods up from the river through original gully to trade with Native Americans. There were demonstrations of period cooking – with cornbread made the way Native Americans first made it – wampum displays, and artifacts from the early traders in the area, plus native dancing.

The day ended with the British showing up and demanding the trading post be torn down, which didn't go well for them. The trading post stood until 1726 when Fort Niagara was constructed. 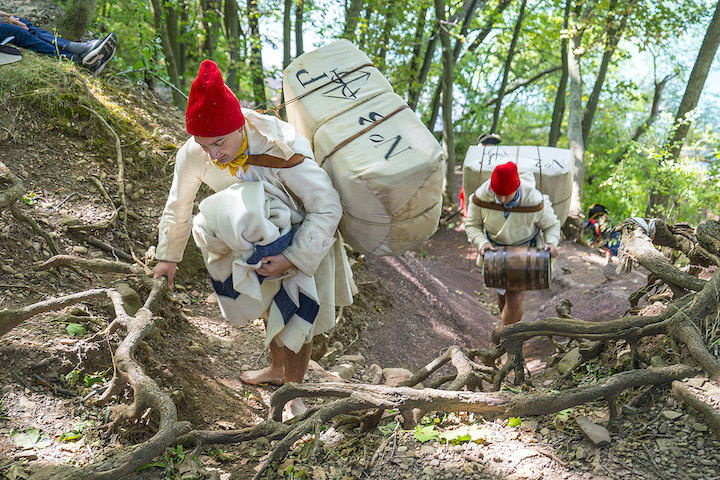 Traders carry goods up the gully to trade with the Native Americans. (Photo by Wayne Peters) 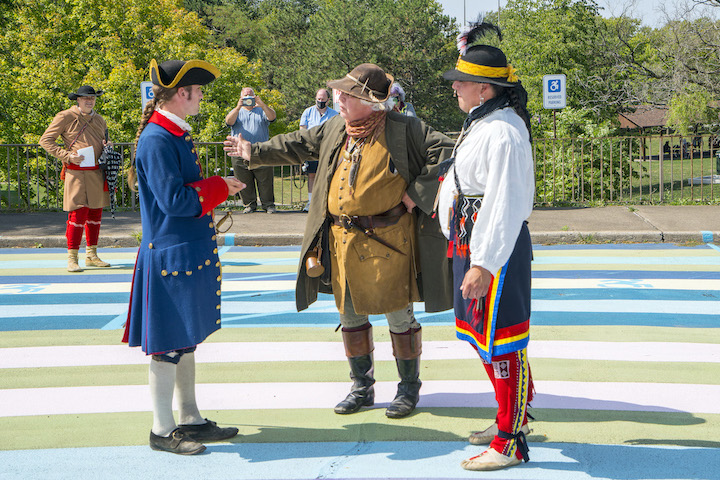 The French and British argue about Joncaire's trading post. (Photo by Wayne Peters) 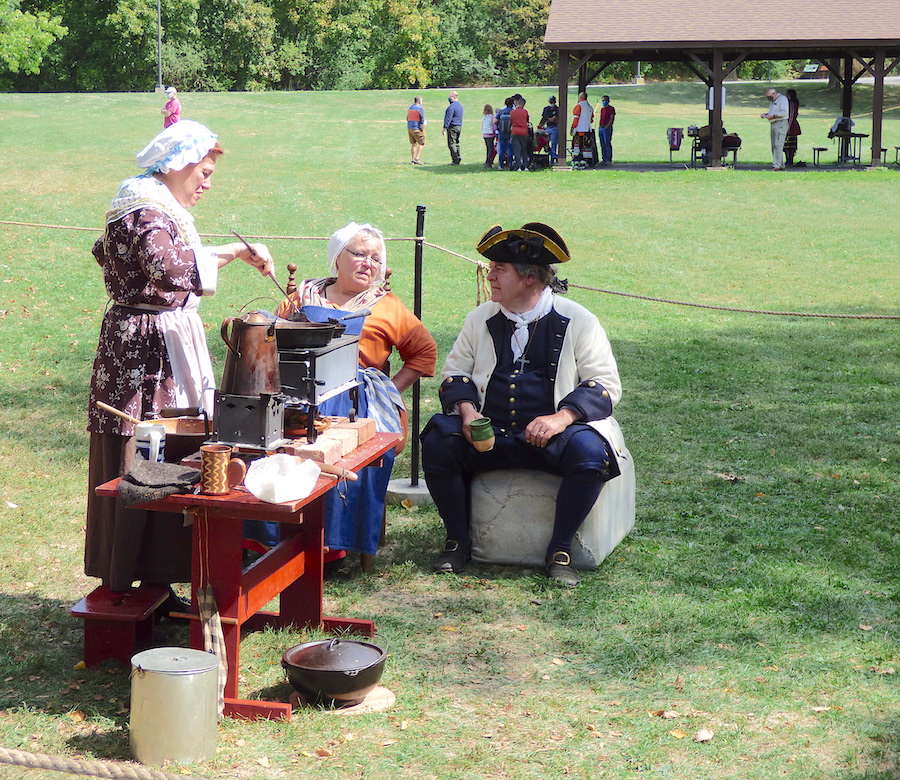 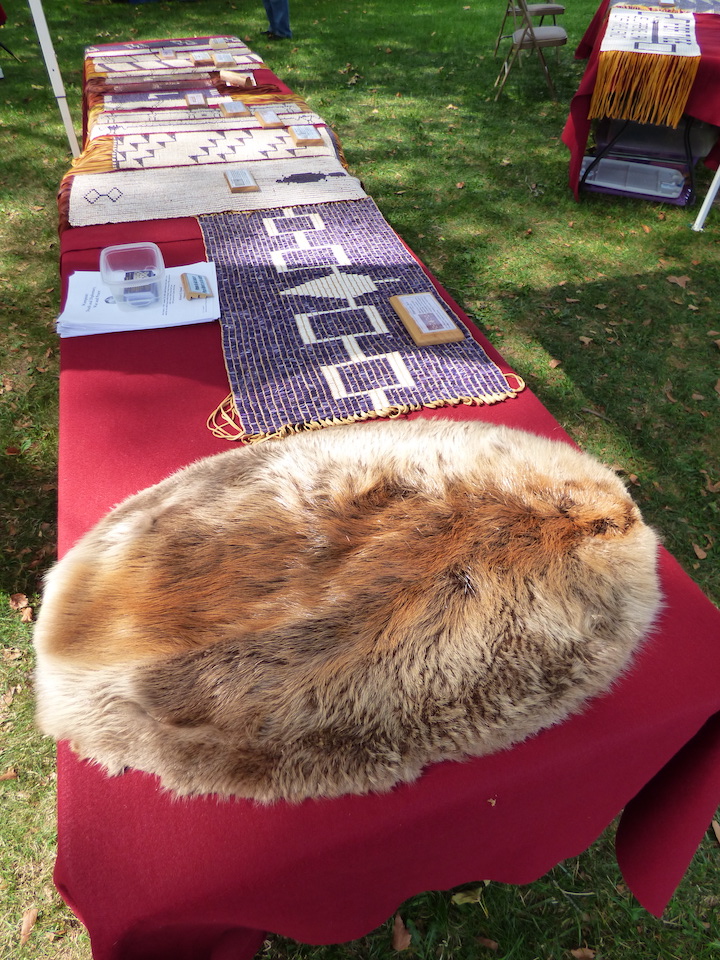