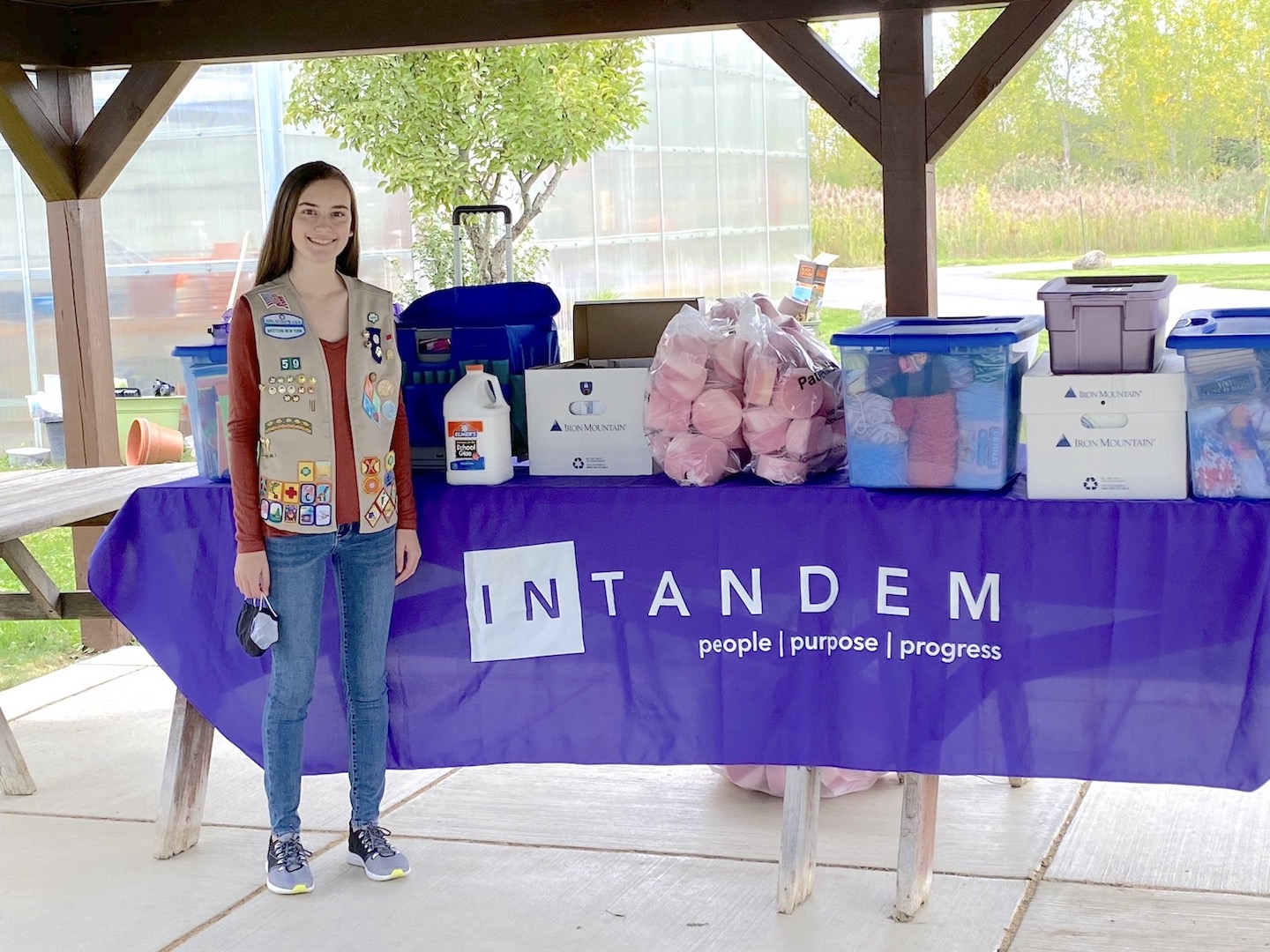 Wasley spend over two years compiling her project, which included organizing instructional binders and flash drives with detailed directions for numerous crafting projects, as well as gathering a large assortment of yarn, holiday decorations and various other crafting supplies. She collected the supplies by soliciting donations from many companies, including 3M and Scotch.

A freshman at Niagara University, Wasley dedicated her project to her aunt Lyla, who attends the day-habilitation program at Intandem in Niagara Falls.

Intandem Chief Development Officer Larry Sorokes expressed appreciation on behalf of the agency: “We are very grateful to Julia for all of the time and effort she put into this donation, as well as the many local people who contributed to her project. Since many of the individuals we support are currently homebound and unable to be out in the community, her gift is especially timely. We will begin sharing these crafting projects and supplies throughout our programs immediately.”