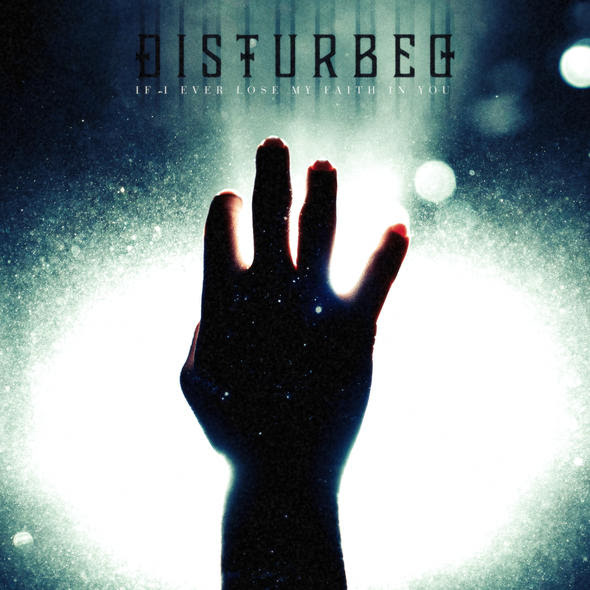 Disturbed, "If I Ever Lose My Faith In You" (Image: Q Prime)

Disturbed, the two-time Grammy Award-nominated, multi-Platinum-selling band, share their cover of Sting’s hit single “If I Ever Lose My Faith In You.”

Said the band about the new cover, “We have loved this song for a long time, and even though it was released in 1993, it seems strangely applicable to today’s world. The song is about losing faith, and might initially sound pessimistic, but it’s about the importance and power of personal relationships, and how they can save you and provide solace in an increasingly confusing world.”

The band also shared a new music video for the song, directed by Matt Mahurin, watch it here or below:

Disturbed recently confirmed the 2021 dates for their “The Sickness 20th Anniversary Tour,” co-produced by Frank Productions and Live Nation. The amphitheater tour, with very special guest Staind and Bad Wolves, will begin on July 7, 2021, at iTHINK Financial Amphitheatre. All previously purchased tickets will be honored for their rescheduled dates. “The Sickness 20th Anniversary Tour” celebrates the two-decade anniversary of the seminal album. On this tour, the band will perform songs off the album, as well as tracks from their most recent studio release, “Evolution,” and their extensive catalog.

Tickets for all shows are available here.

Disturbed have continued their record-breaking streak at rock radio, claiming the title of “2019’s Most Played Artists” in the active rock format. The band earned its seventh consecutive No. 1 on the Mediabase active rock chart and Billboard’s mainstream rock songs chart with their latest single “No More,” an achievement unmatched by any artist in history. Disturbed have earned 10 No. 1 singles on the chart, including “A Reason To Fight,” the track that initially broke the record earlier this year. “No More” is the third top-charting single from the band’s No. 1 album, “Evolution” (Reprise Records).

Disturbed is one of the most successful rock bands in modern history. The multi-Platinum-selling quartet accomplished the rare feat of achieving five consecutive No. 1 debuts on the Billboard Top 200. That accolade historically elevated them to rarified air alongside Metallica, the only other hard rock group to do so in the history of the chart. “Immortalized” (2015) received a Platinum certification and spawned the triple-Platinum crossover smash “The Sound of Silence,” which garnered a nomination at the 2017 Grammy Awards in the category of “Best Rock Performance.”

Since their formation in 1996, the band has sold 16 million albums globally and scored 12 No. 1 singles at active rock radio. Their quadruple-Platinum 2000 debut, “The Sickness,” formally announced their arrival as hard rock leaders, with that status solidified by subsequent Grammy nominations as well as Gold-, Platinum- and double-Platinum-certified records, as well as countless sold-out shows around the globe.