In theaters across US & Canada beginning Sept. 24

“Break The Silence: The Movie” is the fourth film from BTS following 2019’s record-breaking release of “Bring The Soul: The Movie,” which reached a box office of $24.3 million and saw 2.55 million tickets sold across 112 territories around the world.

With unprecedented access, “Break The Silence: The Movie” travels with BTS throughout the tour, exploring each band member behind the curtain. Off stage, fans see another side of BTS. The seven members begin to candidly tell personal stories they have never voiced before.

From Trafalgar Releasing, limited screenings started this week in various territories worldwide, with more screenings available in additional territories beginning Sept. 24. To find a full list of dates, visit www.BTSincinemas.com. Dates vary per territory and subject to change based on the status of local cinema reopenings.

Marc Allenby, CEO of Trafalgar Releasing, has said on the release: “We're delighted to partner with Big Hit Entertainment on the release of ‘Break The Silence: The Movie,’ which gives fans extraordinary access to both their first international stadium tour and all seven members of BTS. We look forward to welcoming the ARMY back to cinemas for a fourth time for this must see BTS big screen experience."

Fans will be able to find their closest screening and ticket information at the official website (www.BTSincinemas.com) and are encouraged to sign-up for updates regarding tickets, participating theaters and more information.

BTS, an acronym of Bangtan Sonyeondan, or “Beyond the Scene,” is a South Korean boy band that has been capturing the hearts of millions of fans globally since their debut in June 2013. The members of BTS are RM, Jin, SUGA, j-hope, Jimin, V and Jung Kook. Gaining recognition for their authentic and self-produced musical performances, and the way they interact with their fans, the band has established itself as global superstar act, breaking countless world records.

While imparting a positive influence through activities such as the “LOVE MYSELF” campaign and the UN “Speak Yourself” speech, BTS has mobilized millions of fans across the world (named ARMY), topped prominent music charts, performed multiple sold-out stadium shows across the world, and was named as one of TIME 100: The Most Influential People of 2019. The band has also been recognized with numerous prestigious awards such as the Billboard Music Awards and American Music Awards. 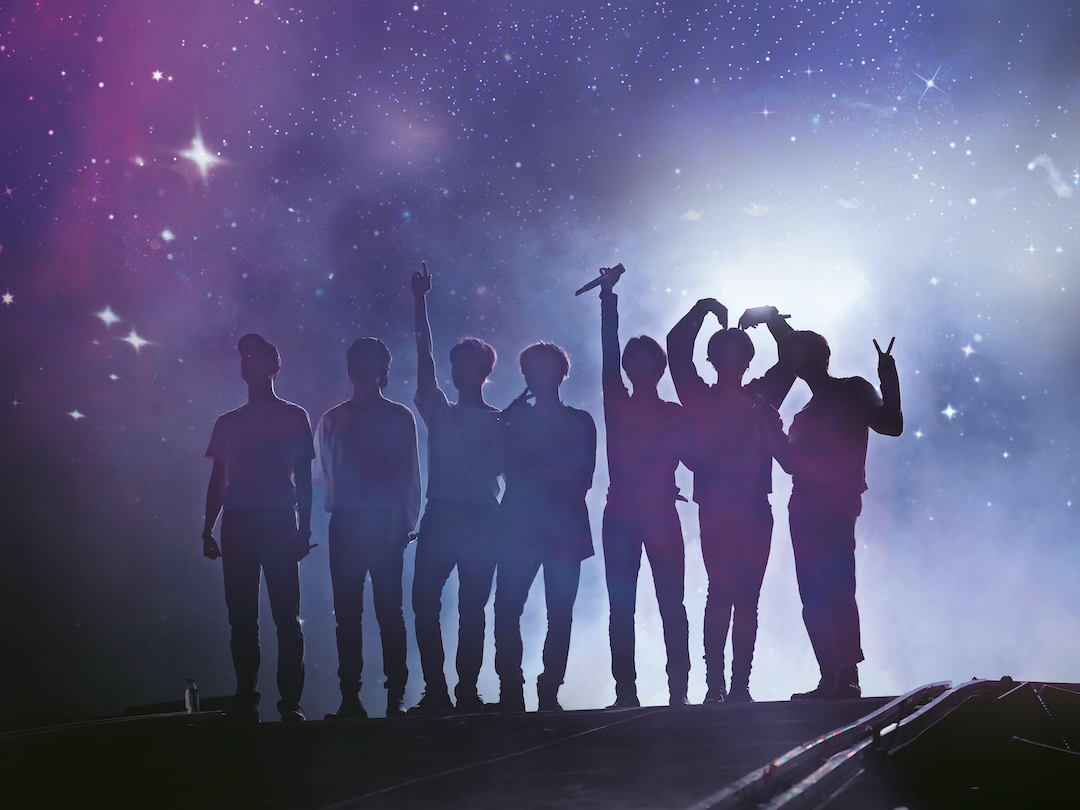