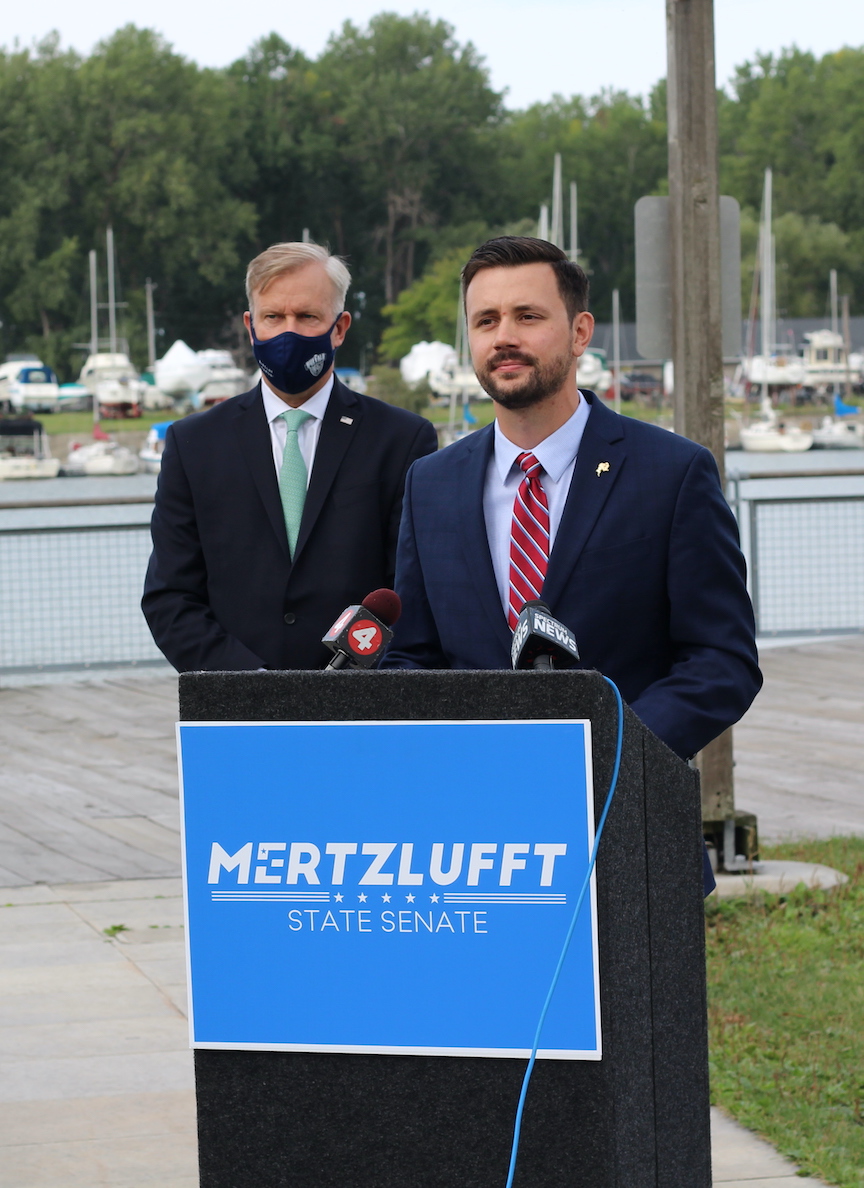 “I’m proud to endorse Josh for the 60th State Senate District to replace me,” Jacobs said. “I’ve gotten to know Josh extensively over the last six months. I’ve always been under the belief that we need people in government who have real-world experience, who want to go in for a period of time to make a difference, and then who go and live under the laws that they pass. Josh fits that bill.”

Mertzlufft said, “The reason I’m running for the State Senate is simple. I want New York to prosper, but our state is not on the path to prosperity. I have lived in Western New York my whole life, and I cherish our region and our values. I want to serve Western New York in Albany, fighting to restore New York to a place of prosperity, where families, businesses, and communities can thrive.”

“I know Sean Ryan. … Sean is extremely liberal and really is much more in line with the New York City Democratic party, and I just don’t believe that he’s aligned with the 60th Senate District,” Jacobs added. “He might be aligned with the Elmwood Village, but he doesn’t align with Hamburg where Josh is from, with Tonawanda, Grand Island and the other areas I represented.”

Mertzlufft’s vision is to “Rebuild, Renew, and Restore New York” as a place where both families and businesses can thrive. More information on his campaign can be found at JoshforWNY.com.

A lifelong Western New Yorker, Mertzlufft is a mechanical engineer-turned-attorney with a passion for bringing people together to solve problems. Now a lawyer at a Buffalo law firm, he is a graduate of the University at Buffalo School of Law and Houghton College. As a student, he was elected to serve as the speaker of Houghton’s Student government senate and editor-in-chief of the Buffalo Law Review. Mertzlufft and his wife, Shea, live in Hamburg with their son and young puppy.