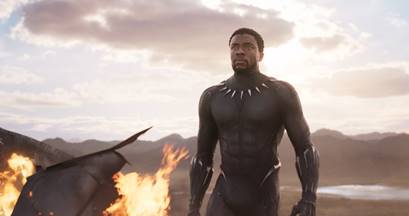 “Black Panther” stars Boseman, Michael B. Jordan, Oscar winners Lupita Nyong’o and Forest Whitaker, Danai Gurira, Oscar nominees Daniel Kaluuya and Angela Bassett. The Oscar-winning film will be presented commercial-free. The ABC News special will celebrate Boseman’s storied life, legacy and career, and the cultural imprint he made on- and off-screen. It will feature tributes that have poured in from celebrities, political figures and fans across the world, special words from those who starred alongside him and knew Boseman best, and shine a light on the medical condition he privately battled.

Marvel Studios’ “Black Panther” follows T’Challa (Boseman) who, after the death of his father, the king of Wakanda, returns home to the isolated, technologically advanced African nation to succeed to the throne and take his rightful place as king. But when a powerful old enemy reappears, T’Challa’s mettle as king – and Black Panther – is tested when he is drawn into a formidable conflict that puts the fate of Wakanda and the entire world at risk. Faced with treachery and danger, the young king must rally his allies and release the full power of Black Panther to defeat his foes and secure the safety of his people and their way of life.

The film received seven nominations at the 91st Academy Awards, including Best Picture, with wins for Best Costume Design, Best Original Score and Best Production Design. “Black Panther” is the first superhero film to receive a Best Picture nomination and the first Marvel Cinematic Universe (MCU) film to win an Academy Award. It also received three nominations at the 76th Golden Globe Awards, two wins at the 25th Screen Actors Guild Awards, and three wins at the 24th Critics' Choice Awards, plus 12 nominations, among others.

The film was directed by Ryan Coogler, who co-wrote the screenplay with Joe Robert Cole. Kevin Feige and David J. Grant were producers; and Louis D’Esposito, Victoria Alonso, Jeffrey Chernov, Nate Moore and Lee served as executive producers. The film was produced by Marvel Studios and distributed by Walt Disney Studios Motion Pictures. It is currently available on Disney+.

“Chadwick Boseman – A Tribute for a King” is executive produced by Steven Baker.