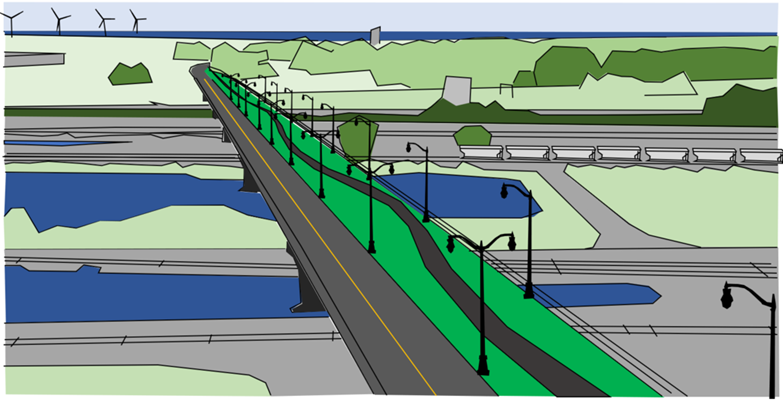 Images courtesy of the Office of Congressman Brian Higgins.

He said, “Transitioning to a boulevard with generous, attractive pedestrian and bicycle access provides a new gateway to the waterfront, removes the elevated highway that has separated our neighborhoods from the water for much too long, and expands opportunities for the public to connect with our natural environment.”

Both options under consideration would:

√ Provide safe pedestrian and bicycle access between the Outer Harbor and South Buffalo, which is currently nonexistent.

√ Eliminate the barrier of noise pollution and visual obstruction between the Tifft Nature Preserve and the Buffalo Harbor State Park.

The New York State Department of Transportation, in coordination with the Federal Highway Administration, has completed the project scoping report and will move forward with the draft environmental impact statement (EIS) for the project to remove the Buffalo Skyway and replace it with an alternative route.

Build alternative No. 2, the “boulevard plan,” would remove the Buffalo Skyway between Church and Tifft streets and create a new roadway connecting NYS Route 5 to the I-190 along Tifft (page 71). Both proposals for the boulevard plan would provide new, safe pedestrian and bicycle access between South Buffalo, West Seneca and the Outer Harbor. Concept No. 1 would do so using the existing Tifft streeridge while concept No. 2 would do so on a new structure. 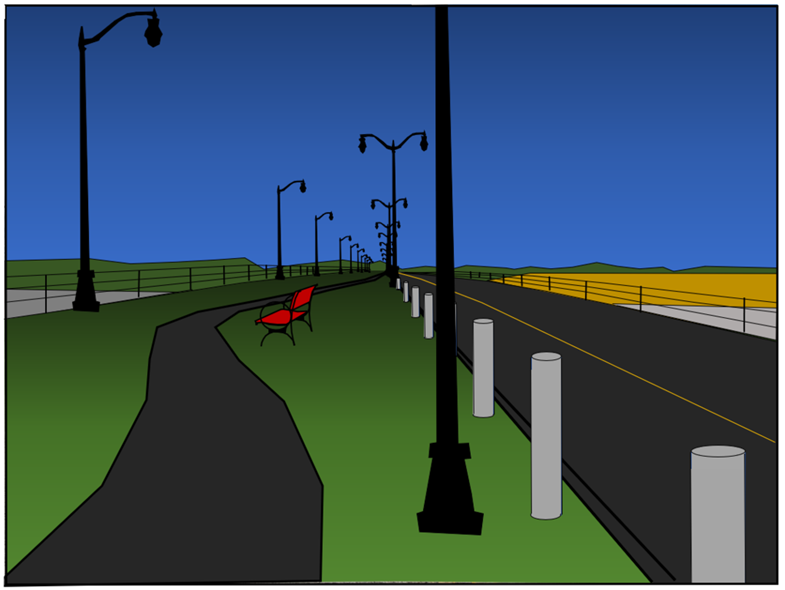 The project anticipates including synchronized signaling, which the congressman advocated for, and avoids any expansion of the I-190, which Higgins advocated against. His office said a pilot project synchronizing signals in Pittsburgh led to a 40% decrease in intersection wait times and a 20% reduction in emissions.

“Like the transformation of a crumbling, one-way Fuhrmann Boulevard into today’s landscaped, path and park-lined Outer Harbor Parkway, this plan offers the opportunity for a profound improvement to the public experience,” Higgins said. “We have a whole new appreciation for the value of our outdoor destinations in this post-pandemic world. This plan removes the highway superstructure of the past and embraces the connections that provide for a stronger and healthier community.”

Higgins pointed out the Outer Harbor has a total of 760 acres of parkland, nature preserve and public open space. By comparison, Buffalo’s Olmsted Parks System is comprised of 850 acres and New York City’s Central Park includes 840 acres of park land.

The House of Representatives approved a $1.5 trillion Infrastructure bill on July 1. Higgins made sure funding provided for bridge repair can be used for removal of structurally deficient bridges like the Buffalo Skyway, and pressed for language that supports removal of failing infrastructure to reconnect communities. The legislation must still go before the Senate.

Higgins has spent well over a decade pushing for removal of the Buffalo Skyway, which was originally built in 1955 to accommodate freight shipments in Buffalo’s once-bustling port.

A press release from his office noted, “The elevated highway that takes people up and away from the city and waterfront has outlived its useful life and no longer meets today’s transportation safety standards.”

“We don’t have to be complacent or satisfied with the status quo; Western New Yorkers deserve better than what the Skyway provides,” Higgins added. “People once saw the big projects, like waterfront development and skyway removal, as ‘not in my lifetime’ aspirations. We have learned the best outcomes don’t always come easy or quickly, but with a sustained focus and persistence comes the progress this community deserves.”