Henk Schonewille passed away at the age of 78 on Sunday, July 19, 2020, following a brief stay in the hospital.

Schonewille was born on April 28, 1942, in The Netherlands. He immigrated to Canada with his parents and siblings in 1954, where they lived in the Niagara Region then in Geraldton, Ontario. He worked as a store manager for many companies across Canada, such as Kmart, Home Hardware and Canadian Tire.

Schonewille returned to Niagara Falls where he opened The Water Depot, which he ran with his wife, Colette (deceased in 2017). In 2018, he moved to Moncton, New Brunswick.

Cremation has already taken place and Henk will be interred with his late wife, Colette, in New Liskeard, Ontario. 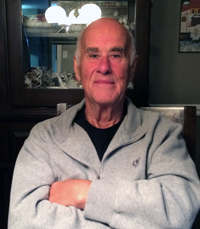