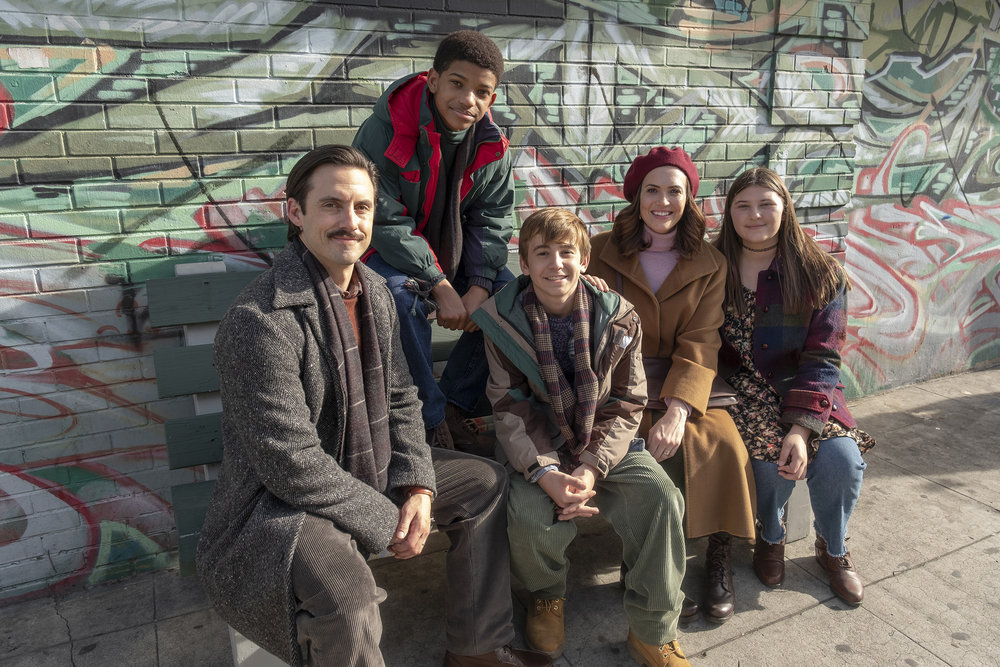 "This Is Us." Pictured, from left: Milo Ventimiglia as Jack, Lonnie Chavis as Randall, Parker Bates as Kevin, and Mandy Moore as Rebecca, and Mackenzie Hancsicsak as Kate. (NBC photo by Ron Batzdorff)

NBC is celebrating a November to remember as America’s most-loved dramas make their highly anticipated season debuts the week of Nov. 9-13, including a two-hour premiere of “This Is Us” (Nov. 10) and all three “Chicago” series (Nov. 11).

In addition, “Law & Order: SVU” (Nov. 12) will return for its record-extending 22nd season that same week, along with the eighth season of “The Blacklist” (Nov. 13), starring James Spader and Megan Boone.

Executive producer Martin Gero (“Blindspot”) will debut his new scripted comedy “Connecting …” on Thursday, Oct. 1. The series is about a group of friends trying to stay close (and sane) through video chats as they share the highs and lows of these extraordinary times.

“Superstore,” where Cloud 9’s unique family of employees work together and share nearly everything about their personal lives as well, returns for its sixth season on Thursday, Oct. 22.

The four-time Emmy Award-winning musical competition series “The Voice,” with coaches Kelly Clarkson, John Legend, Blake Shelton and Gwen Stefani, as well as host Carson Daly, will be back in its swiveling red chairs on Monday, Oct. 19, and return for the second night of its season debut on Tuesday, Oct. 20.

Host Jane Lynch will kick off the first episode of the worldwide global phenom “Weakest Link” when the show debuts Monday, Sept. 28. The new version will deliver the fast-paced and quick-witted pillars of the original British format distributed by BBC Studios with a few modern twists. The hybrid game show sees contestants answer general knowledge questions to bank prize money across multiple rounds. At the end of each round, the contestants vote out who they perceive to be the “Weakest Link” remaining.

“Ellen’s Game of Games,” one of the most fun shows on all of television, returns Tuesday, Oct. 6 for a two-hour premiere from 8-10 p.m. before shifting the following week on Oct. 13 to its normal 9-10 p.m. timeslot.

Primetime’s No. 1 program, “NBC Sunday Night Football,” will kick off the season on Thursday, Sept. 10, when the Houston Texans visit the Super Bowl champion Kansas City Chiefs. Three days later on Sunday, Sept. 13, the action continues when the Dallas Cowboys visit the Los Angeles Rams to mark the grand opening of SoFi Stadium.

“Dateline NBC,” the network’s signature newsmagazine and its longest-running primetime program, will return for a new season on Friday, Sept. 25, at 10 p.m. before moving to a two-hour telecast beginning at 9 p.m. later in the fall.

The premiere dates and times for the remainder of 2020 are below.

All shows, with the exception of “NBC Sunday Night Football” and “The Voice,” will be available on Peacock after its broadcast air date.