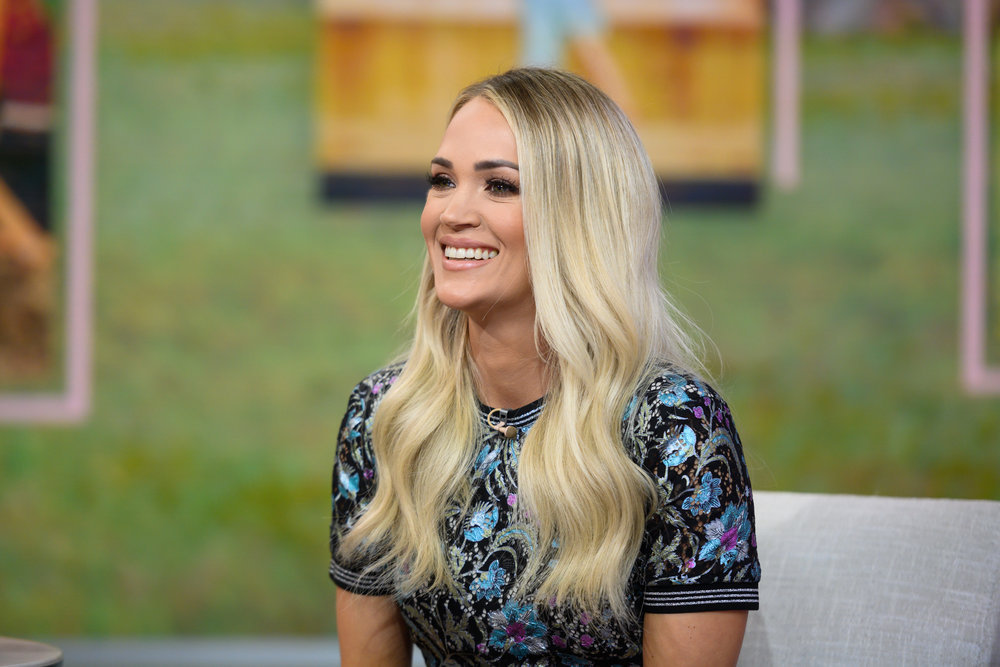 In less than three weeks, on Sunday, Sept. 13, seven-time Grammy Award-winner and multi-Platinum recording artist Carrie Underwood stars in the debut of the 2020 show open for NBC’s “Sunday Night Football,” which has been primetime television’s No. 1 program for an unprecedented nine consecutive years.

Working within social-distancing parameters, the “SNF” show open was uniquely produced without extras in a studio or stadium, while also celebrating the millions who watch the games.

For the first time, open will feature user-generated content from fans showcasing their team spirit. In addition, cameos from some of the NFL’s biggest stars, also recorded remotely, will be highlighted.

Headlined by Underwood for the eighth consecutive season, the show open will also feature an inside at look at her new recording of “Waiting All Day for Sunday Night” in a Nashville studio.

“We are excited about this year’s new collaboration with Carrie, including scenes in the recording studio, and look forward to uniquely incorporating the game’s great fans,” said Tripp Dixon, creative director of the “SNF” show open.

“SNF” finished the 2019-20 TV season as primetime’s No. 1 TV show in all key metrics for a ninth consecutive year – adding to its record for the most consecutive years atop the charts (since 1950), based on official live plus same day data provided by Nielsen. “SNF” also ranked as the No. 1 show in the advertiser-coveted 18-49 demographic for the 10th consecutive TV season.

Underwood emerged from the promise of her 2005 “American Idol” win to become a true multiformat, multimedia superstar, spanning achievements in music, television, film, and now books, as a New York Times bestselling author. All seven of her albums, including her “Greatest Hits” album, have been certified Platinum or multi-Platinum, and she has sold more than 64 million records worldwide. She has also recorded 27 No. 1 singles, 14 of which she co-wrote, and continues to sell out arena tours across North America and the U.K.

On Sept. 25, Underwood will release her first Christmas album, “My Gift.”

She has won more than 100 major awards, including seven Grammy Awards, 14 ACM Awards (including two for Entertainer of the Year – the first female in history to win twice), 20 CMT Awards (where she holds the record for the most award wins ever for the show), seven CMA Awards and 15 American Music Awards (with her seventh win for Favorite Female Artist – Country and sixth win for Favorite Country Album for “Cry Pretty,” breaking the AMA record for Most Wins in the Favorite Country Album Category). She is a proud member of the Grand Ole Opry and founder/lead designer for her fitness and lifestyle brand, CALIA by Carrie Underwood. In March, HarperCollins/Dey Street books published her first book, “FIND YOUR PATH: Honor Your Body, Fuel Your Soul, and Get Strong with the Fit52 Life, “a fitness lifestyle book in which she shares her belief that fitness is a lifelong journey, providing a common-sense approach to staying active, eating well, and looking as beautiful as you feel, 52 weeks a year.