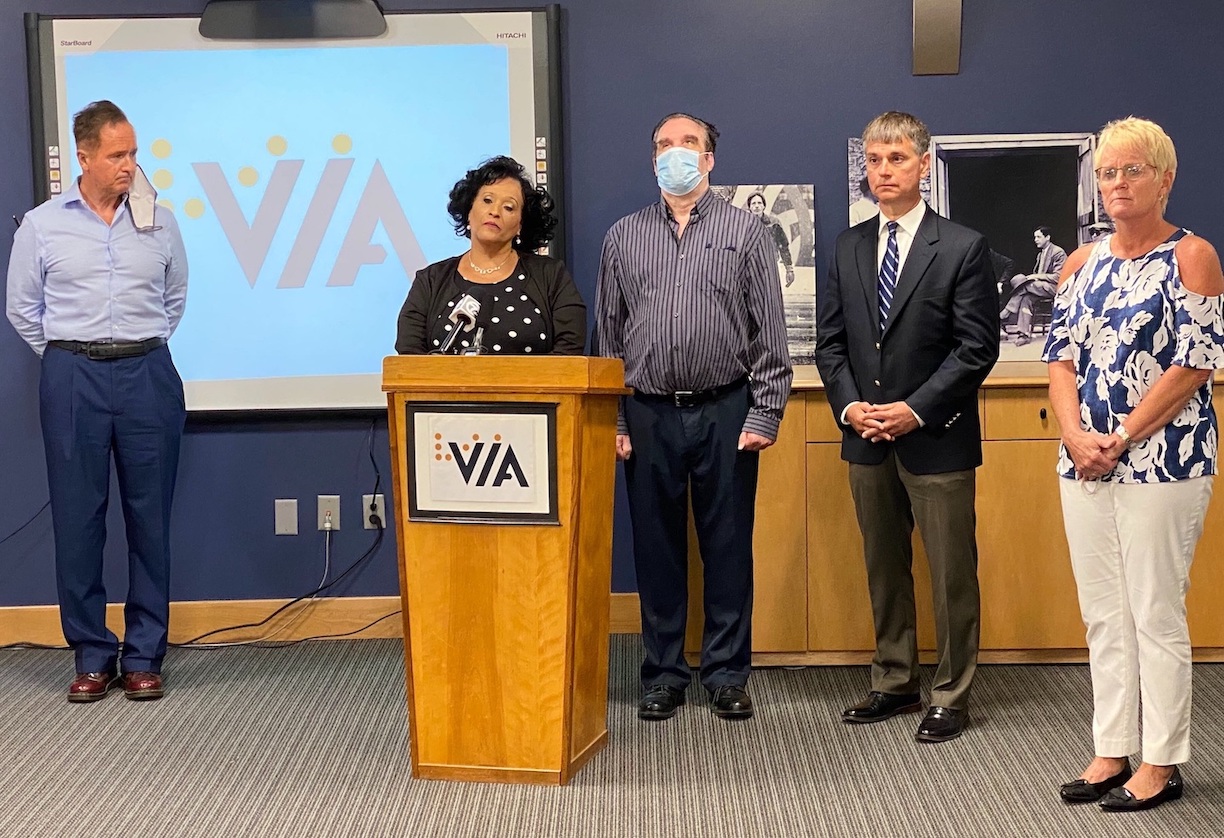 H.R. 4920, approved by House & Senate and signed into law this month, protects local jobs that would have been lost

U.S. Sens. Charles Schumer and Kirsten Gillibrand, and Congressman Brian Higgins announced a new law to protect the jobs of Western New Yorkers who are blind or visually impaired.

“This law will safeguard the men and women of Western New York who refuse to let visual impairment stop them from doing their jobs,” Schumer said. “VIA has worked tirelessly for decades as advocates for the blind community in Western New York, and the passage of this law is just another example of that ironclad commitment. It was my pleasure to help see this measure through the Senate and to protect the switchboard workers at the Buffalo VA Hospital.”

“For our country to recover, it’s critical that we protect local jobs and provide assistance for workers with visual impairments,” Gillibrand said. “This legislation is a win for the economy in Western New York and for us all, because training workers with in-demand skills will build the strong and diverse American workforce needed to rebuild our economy. I am proud to support this legislation for workers with visual impairments whose excellent ethic, character and efforts make them valuable members of our workforce and communities."

Higgins said, “It was a year ago this week that I visited VIA and first learned of the threat to local jobs for the blind and visually impaired. In the months since, VIA has been steadfast in their commitment to solve this bureaucratic hurdle. As they have for over a century here in Buffalo, VIA demonstrated true leadership in overcoming challenges for the blind, and we were proud to work alongside side them in this fight to protect local jobs.”

The Veterans Affairs Contracting Preference Consistency Act (H.R. 4920), supported by Schumer, Gillibrand and Higgins, and signed into law this month, preserves AbilityOne contracts with the Department of Veterans Affairs.

The AbilityOne Program, a public-private organization established through the Javits-Wagner-O’Day Act, provides employment opportunities for more than 45,000 Americans with significant disabilities, including over 3,000 wounded veterans. These positions are created through contracted partnerships with 40 different government agencies, including the U.S. Department of Veterans Affairs (VA).

VIA CEO Tammy Owen said, “VIA has held the contracts to staff the switchboard operations of two VA hospitals for over 20 years providing solid employment opportunities for 22 people who are blind or visually impaired.”

Visually Impaired Advancement (VIA) is an AbilityOne partner agency. VIA, founded in 1907 as the Buffalo Association of the Blind, and more recently called the Olmsted Center for Sight, serves over 2,500 Western New Yorkers a year with a wide variety of vision services. Many Western New Yorkers who are blind or visually impaired have found sustainable employment through VIA, including jobs maintaining the switchboard at the Buffalo VA Medical Center.

Gary Wagner, director of VA contracts and public policy for VIA, added, “With the unemployment rate among working-age adults who are blind hovering around 70%, The Veterans Affairs Contracting Preference Consistency Act (H.R. 4920) is a vital piece of legislation in preserving jobs for people who are blind, including here in Western New York. It took a lot of hard work by many people from across our affiliated network of nonprofits to our members of Congress to make this happen. On behalf of VIA and our employees, I would like to thank our congressional delegation for their support with this important law.”

Higgins’ camp said, “As a result of an interpretation of existing law, some of the nonprofit agencies within the AbilityOne Program have lost contracts and others would have been at risk of losing contracts with the Department of Veteran Affairs if legislation clarifying congressional intent to protect these jobs was not approved. VIA’s contract to staff the Buffalo VA switchboard was set to expire Oct. 1.”