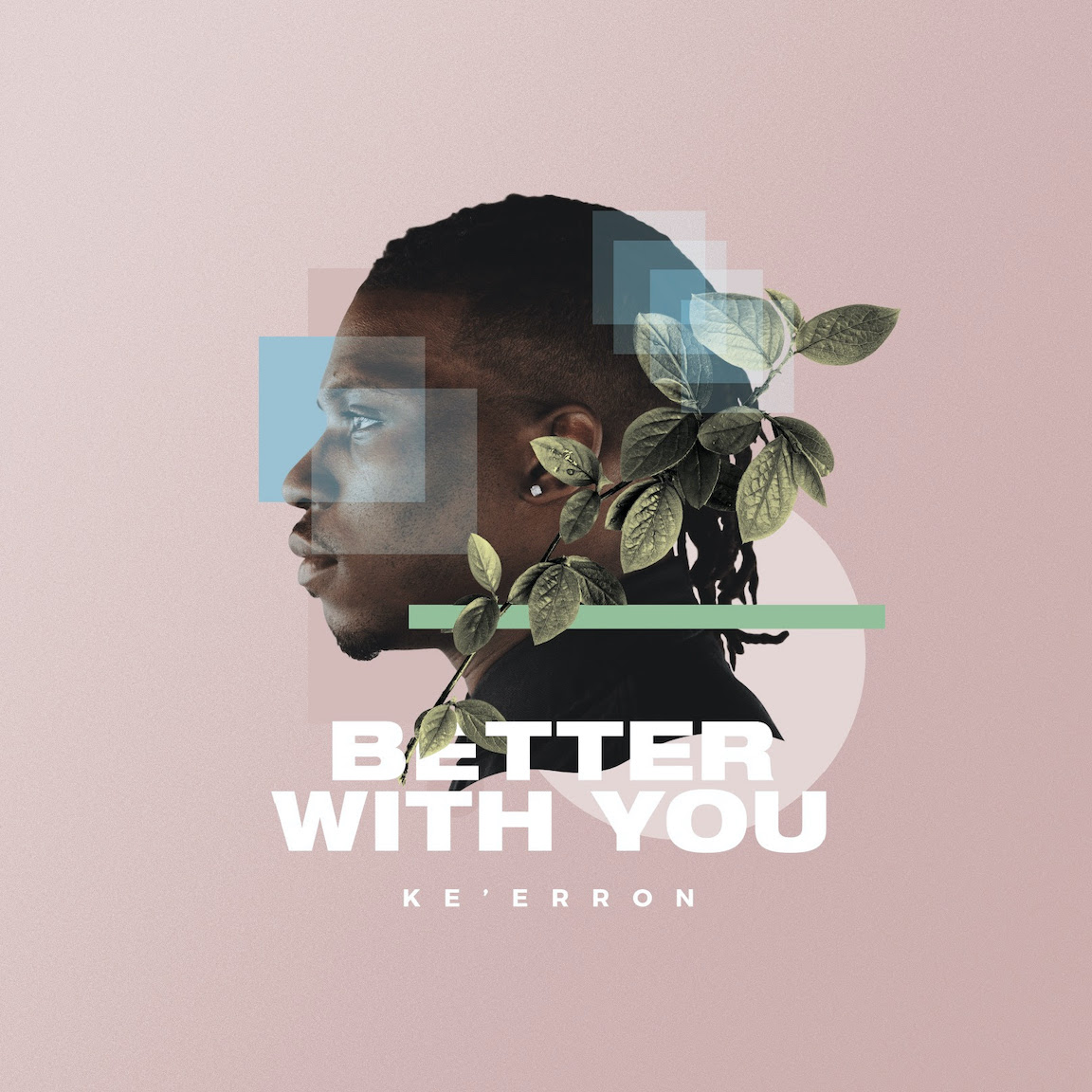 Ke'Erron holds onto faith amidst adversity on triumphant 'Better With You'

“Better With You,” the latest studio recording from acclaimed vocalist and worship leader Ke’Erron, bows Sept. 18. The project was produced by David O. Ramirez, who has contributed synths/keyboards on recent recordings by Natalie Grant, Lincoln Brewster, Rend Collective, Phil Wickham and Michael W. Smith, among others. “Better With You” features seven songs and three interludes, all written solely by Ke’Erron, with the title cut co-penned with Hailey Trevino. In addition, the collection includes four live bonus tracks.

“Better With You” is highlighted by the live recording of “Every Promise,” featuring Leeland Mooring of the Grammy-nominated band Leeland.

“ ‘Every Promise’ has been very personal to me, reminding me of God’s faithfulness and consistent love in times of uncertainty,” Ke’Erron said. “Days before I was diagnosed with ulcerative colitis, I heard the Lord speak to my heart and tell me that I wouldn’t be sick forever. After feeling his assurance, I realized God has my best interests in mind, and that nothing happens in my world that is unseen by him. My prayer is that this song will serve as a reminder of God’s faithfulness – he is a faithful friend and faithful father.”

A press release said, “Additional standouts on the project include the album’s title cut, a joyous celebration of life lived with the savior, set to percolating pop undertones; ‘Champion,’ a triumphant song of praise; the cinematic ‘Love Song (Cancion De Amor)’; and the intimate expression of breakthrough, ‘Til I Know.’ ”

“There have been so many unknowns since I was first diagnosed in 2017 with ulcerative colitis,” Ke’Erron said. “I have high and low days, and they all challenge me to lean on God’s understanding and not my own. I’ve had to look to and depend on him for my peace and strength on this journey. These songs came from that place; I want to paint the picture of Jesus through my life and music.”

Raised in Trinidad by his great-grandmother, Ke’Erron’s love of music began at an early age.

“Following his return to the U.S. in 1999, Ke’Erron had a life-changing experience while leading worship at the age of 11 as he felt the love of the father (God) for the first time.”

From 2010-16, he led worship at Emmanuel Church, a bilingual congregation in Baytown, Texas, outside Houston. In 2017, Ke’Erron released his debut recording, “For Us,” followed by 2018’s “For Us Acoustic” EP and “Por Amor” EP. His song, “You Deserve,” has been sung in churches across Latin America, and he has collaborated with leading bilingual artists, including English/Spanish worship forerunner Evan Craft; Latin Grammy nominee Lucia Parker; the Dominican Republic’s Barak; and Venezuela’s Pedro Gomez. Ke'Erron currently serves as worship pastor at Faith Family Church in Baytown.