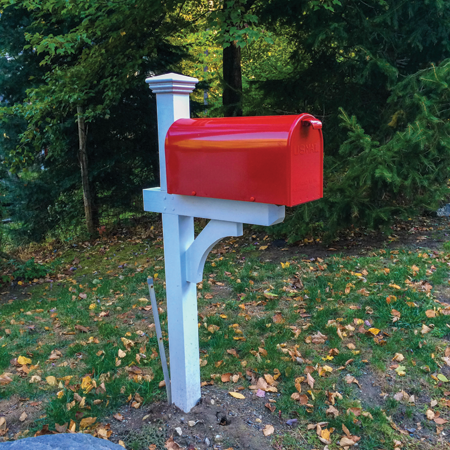 Along with more than 80 members of Congress, Rep. Brian Higgins, D-NY-26, signed a letter to the U.S. Postmaster General Louis DeJoy to express “grave concerns” about potential changes to the U.S. Postal Service. The letter comes as Higgins and other members of Congress continue their fight to support the postal service amidst the pandemic and subsequent economic recession.

In July, the postmaster general announced several new operational directives. Among such changes are the elimination of overtime, prohibitions on extra trips to deliver the mail, and other restrictions on letter carrier activities, which leaves mail piling up at processing centers.

In signing the letter to DeJoy, Higgins joined his colleagues in voicing their apprehension to these measures, fearing they could severely impede timely mail delivery and diminish the agency’s service standards. Higgins’ camp said, “Such sweeping changes could have severe repercussions for Americans who depend on the postal service, particularly those who are elderly, reside in rural communities, or operate small businesses.”

Advocating for the American people whose lives and businesses stand to be adversely affected by these changes, the letter takes issue with so-called rhetoric employed by the USPS, which “compares the Postal Service to a private company concerned only with the bottom line, rather than the constitutionally mandated public service that it is.”

The critical nature of the USPS as a public service has been underscored by the COVID-19 pandemic, as “(millions) of Americans rely heavily on the Postal Service for the delivery of essential items – including medications.” As noted in the letter, operational changes to the postal service could have potentially dire consequences in the present environment, underscoring the need to provide the agency with adequate funding.

Moreover, the letter signed by Higgins asserts the continued financial viability of the postal service is interdependent on providing prompt and reliable service: Attempting to cut corners on the latter will only exacerbate issues with the former. Rather, Congress will work “diligently to craft cohesive postal reform legislation that would secure the USPS’s future for decades to come.”

Along with dozens of lawmakers signing the bipartisan letter, Higgins expressed his firm commitment to working with the postal service to improve the agency’s financial condition without sacrificing its critical service to the American people. Higgins supported the HEROES Act in May, which included $25 billion in emergency aid for the USPS.