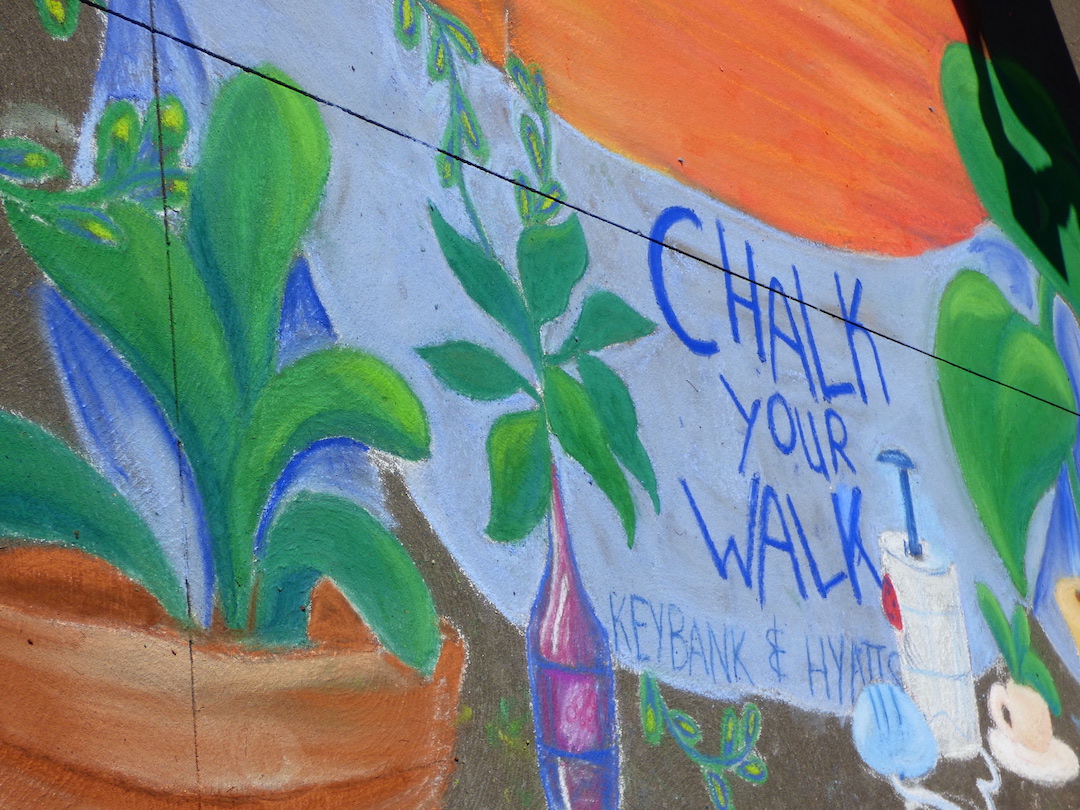 Though the Village of Lewiston was without its annual Art Festival this weekend, that didn’t stop the Lewiston Council on the Arts from hosting a celebration of creativity just off of Center Street.

At 4 p.m. Saturday, the LCA awarded winners in its inaugural “Chalk Your Walk” competition – right at the time judging would’ve taken place for the traditional Chalk Walk.

“The pandemic caused the cancelation of many of the concerts, festivals and programs that have made Lewiston a thriving arts community and cultural epicenter. This weekend would have been the 54th Lewiston Art Festival and the 36th Chalk Walk competition! In order to salvage something of this epic weekend, Lewiston Council on the Arts reinvented the KeyBank Chalk Walk competition into the ‘Chalk YOUR Walk’ competition and made it virtual,” the LCA stated in a press release. “Anyone in Western New York could submit their chalk mural to compete for $800 in prize money. Chalk artists from 26 ZIP codes submitted 53 images that were posted to the Art Council Facebook page, where the public could then decide on the People’s Choice Winner by registering their ‘Likes.’ Almost 7,000 votes were cast for murals created by chalkers ages 7 to ‘old as dirt.’ ”

Professional artists and art educators scored the submissions on creativity and technique to determine the Best of Show. With 19 submissions by chalkers younger than 13 years of age, a third award, honorable mention, was also presented based on the online voting. 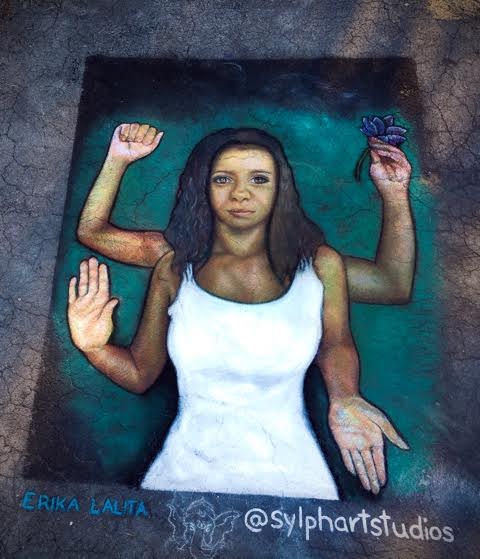 This is an interpretation of Black power as a goddess, drawing on classic Hindu imagery and symbolism. The four arms, as in the classical depictions of devas (goddesses), are ripe with symbolism. The bottom set of arms are in a gesture of “no fear”: one hand is up to receive blessings, while one hand is extended to offer blessings. Simultaneously, it represents the extreme courage of giving through one’s heart without restriction, even in the face of oppression, and the extreme courage of welcoming whatever is to come with surrender and serenity as a blessing and a channel for growth. The woman depicted also has a raised fist for solidarity and to express her power. She holds a black lotus, a signal of her grace. 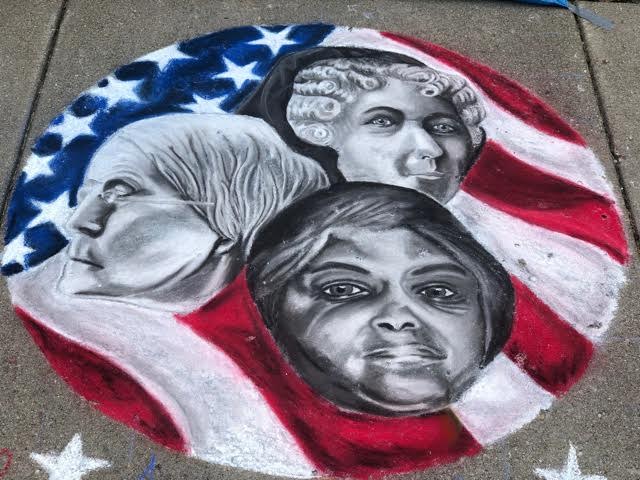 This mural is a tribute to women’s suffrage and features three iconic women who were activists during the women’s suffrage movement: Susan B. Anthony, Elizabeth Cady Stanton and Ida B. Wells-Barnett. Anthony and Stanton were at the forefront of the women’s right movement forming The National Woman Suffrage Association and traveling all over promoting women’s rights. Wells-Barnett is recognized for her outstanding efforts to achieve equal opportunities for women of color in the suffrage movement. Without the courage and drive of these three women and many other amazing women, women would not be where they are today. 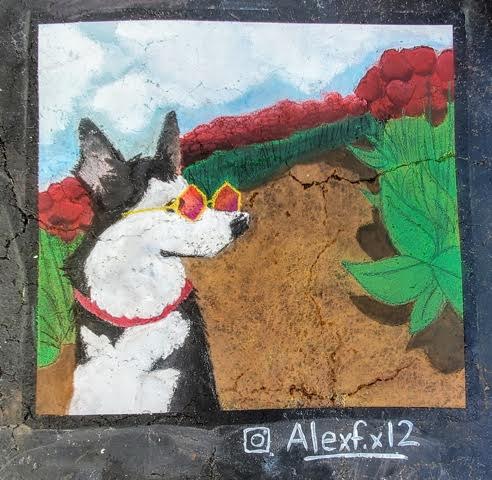 This painting was inspired by summertime and a love of dogs. It features sunglasses and flowers.

"For 35 years, our WNY high school Chalk Walk competition has always been a highlight of the Lewiston Art Festival. I didn't think anything we replaced it with would even come close to the colorful images drawn by the hardworking teens who spend hours perfecting their murals, but moving the event online opened it up to people of all ages and talents. We are thrilled with the response and the innovative, creative images sent to us. That being said, I hope next year's competition is back on the streets – in living color,” said the LCA’s Kathryn Serianni. 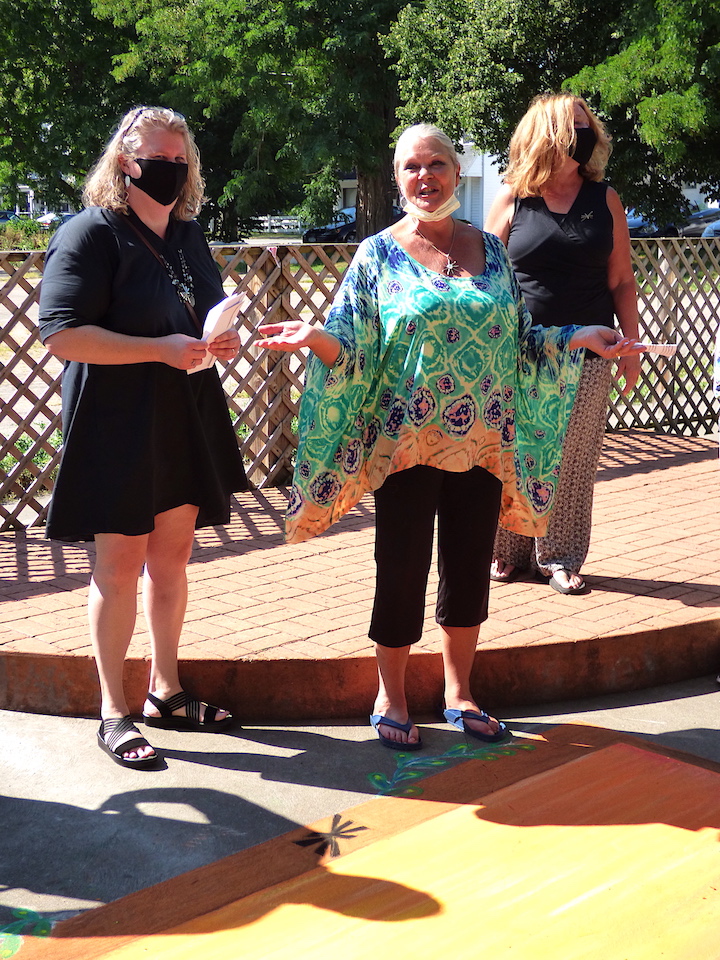 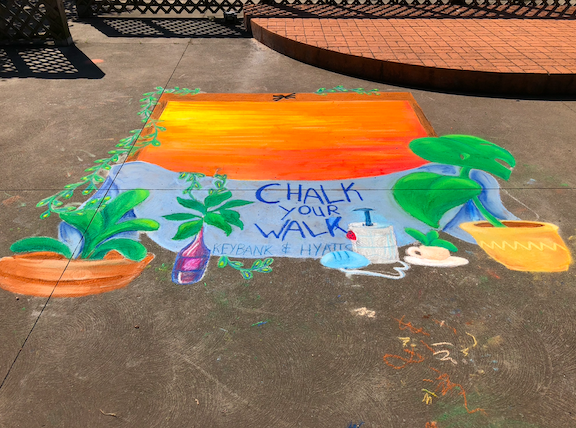 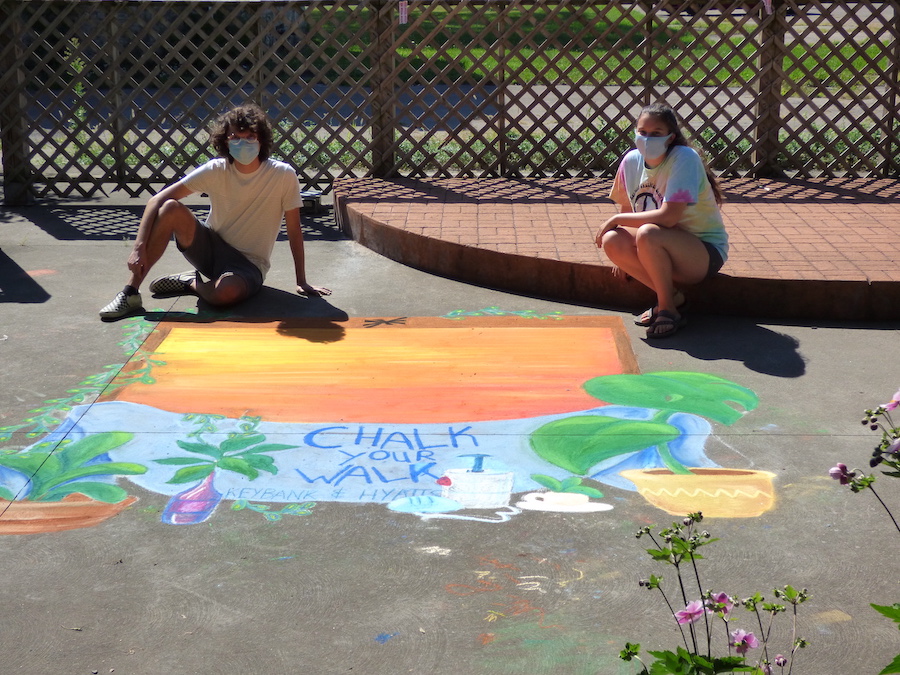 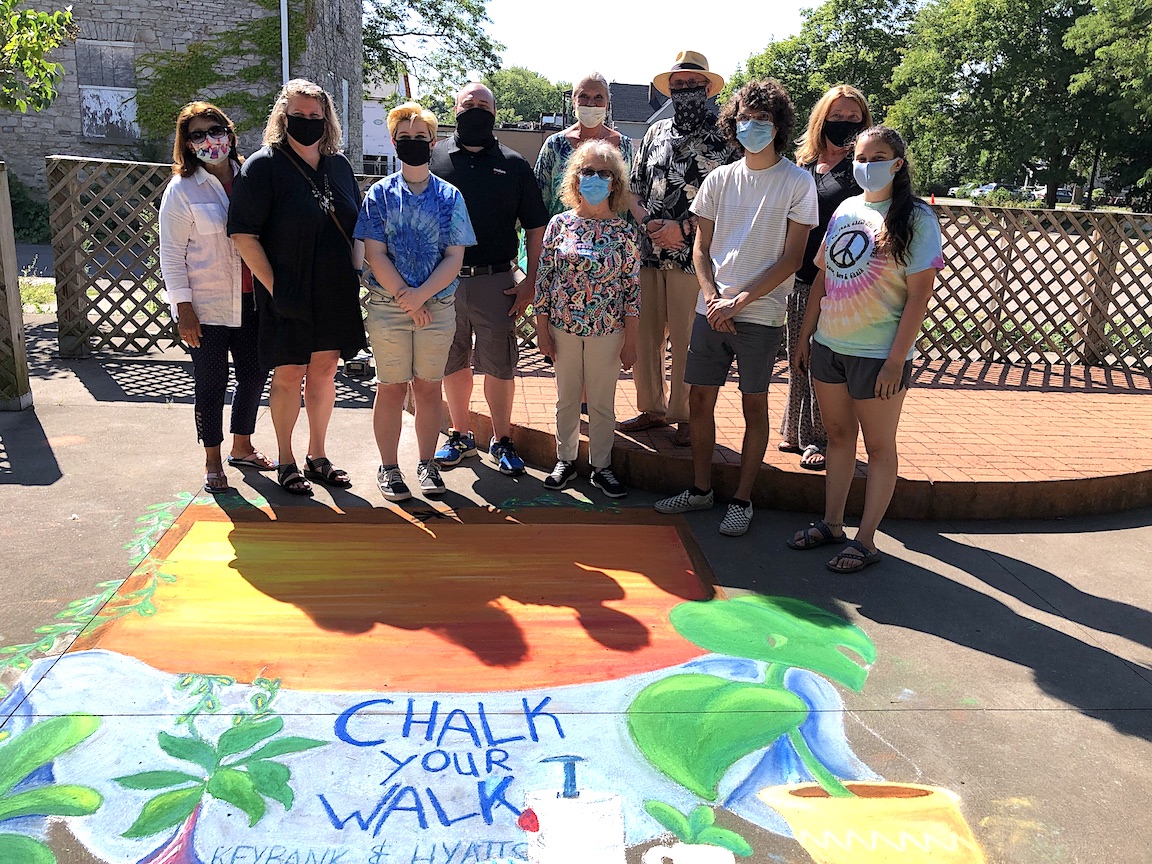