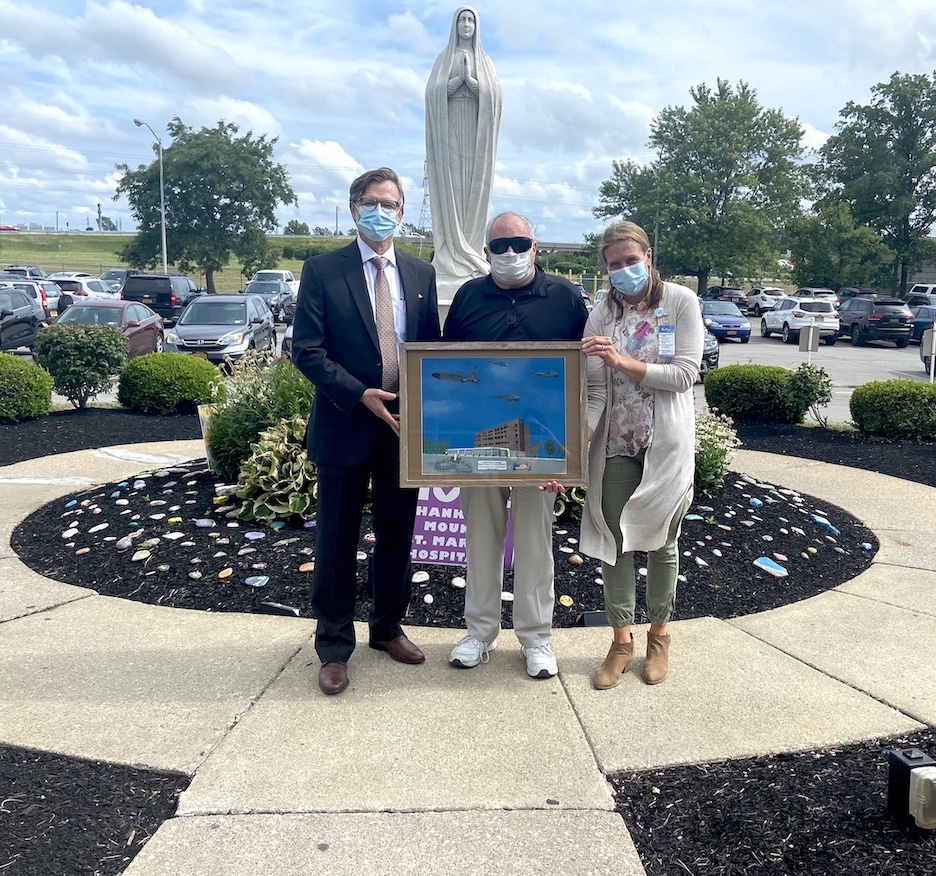 Local artist Arthur Jones donated a one-of-a-kind oil painting of the Air Force flyover to Mount St. Mary’s Hospital. Jones, who has been painting since 1955, watched the flyover with his wife in Mount St. Mary’s parking lot. A couple of months later, he called the hospital and said he created and wanted to donate a painting commemorating the special day.

“We are so moved by Arthur’s generous and thoughtful donation of this painting,” said CJ Urlaub, Mount St. Mary’s Hospital president and Catholic Health senior vice president of strategic partnerships, integration and care delivery-Niagara County. “The Air Force flyover was one of those special moments that joined so many of us together during this pandemic, both as health care workers on the frontline and as a community; and Arthur captured it beautifully.”

On May 12, a KC-135 from the 914th Air Refueling Wing’s 328th Air Refueling Squadron at Niagara Falls Air Reserve Station and F-35s from the Vermont National Guard flew over Western New York hospitals to honor frontline health care workers. Jones’ painting depicts the aircraft, as well as the American flag and blue heart formed by Mount St. Mary’s caregivers as their way of saying “Thank you” to the Air Force.

Jones’ family accompanied him for the donation to the hospital. 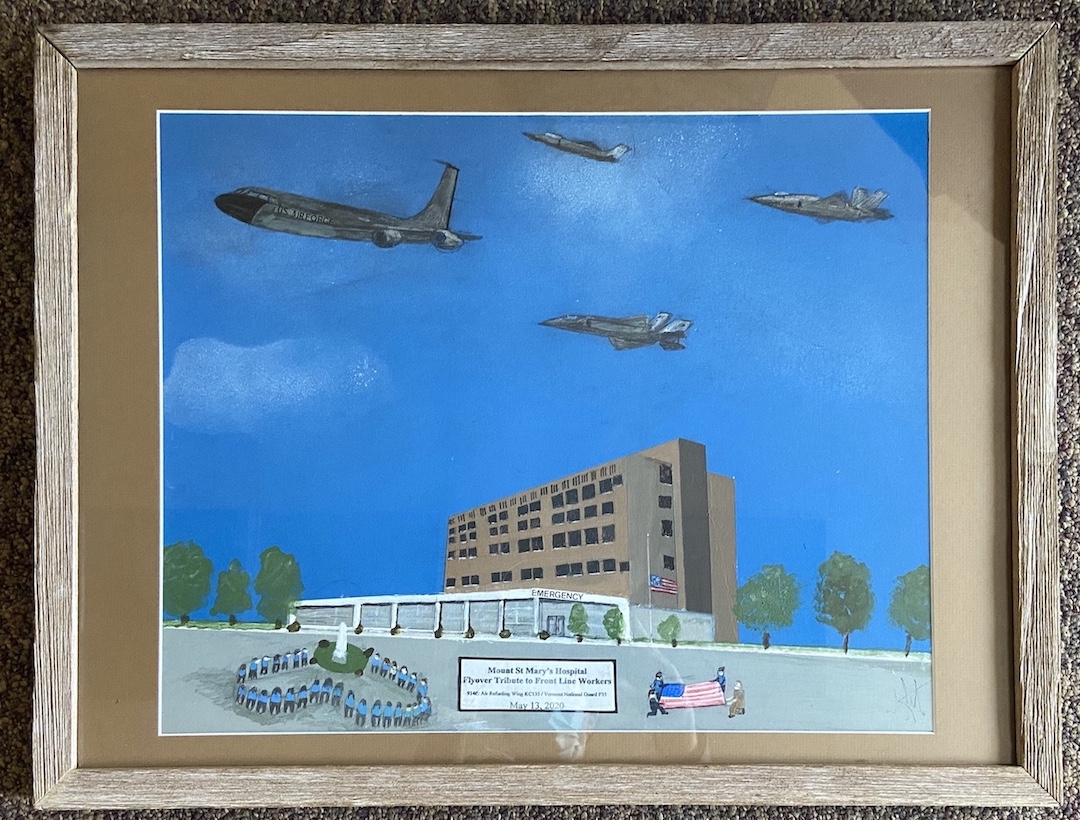 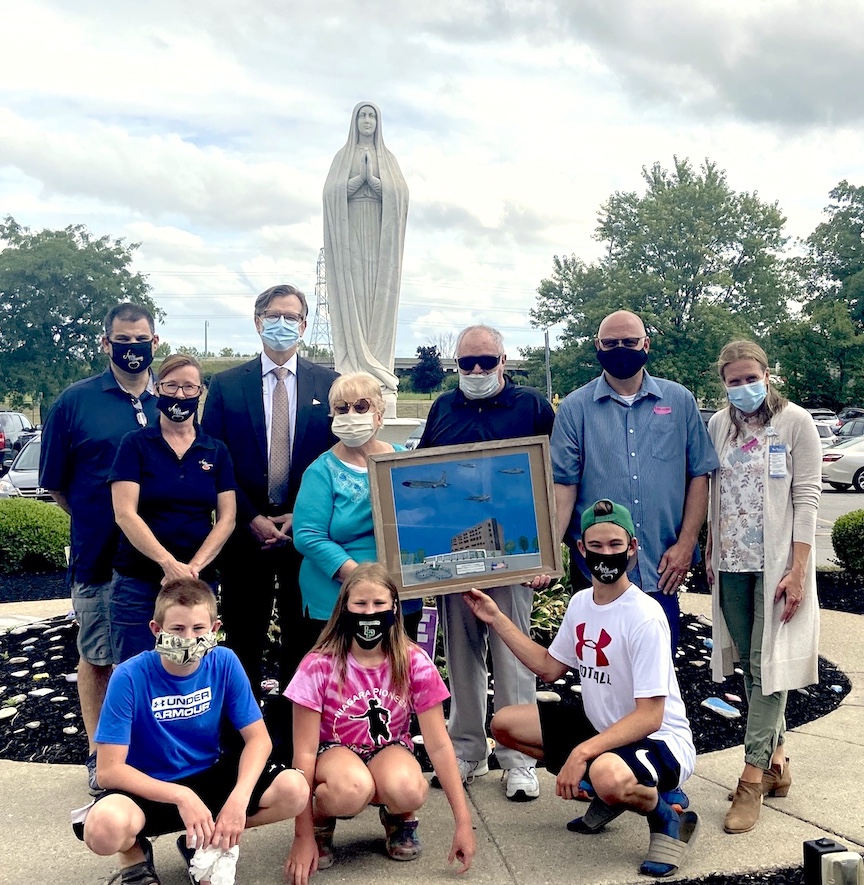 Jones and his family.