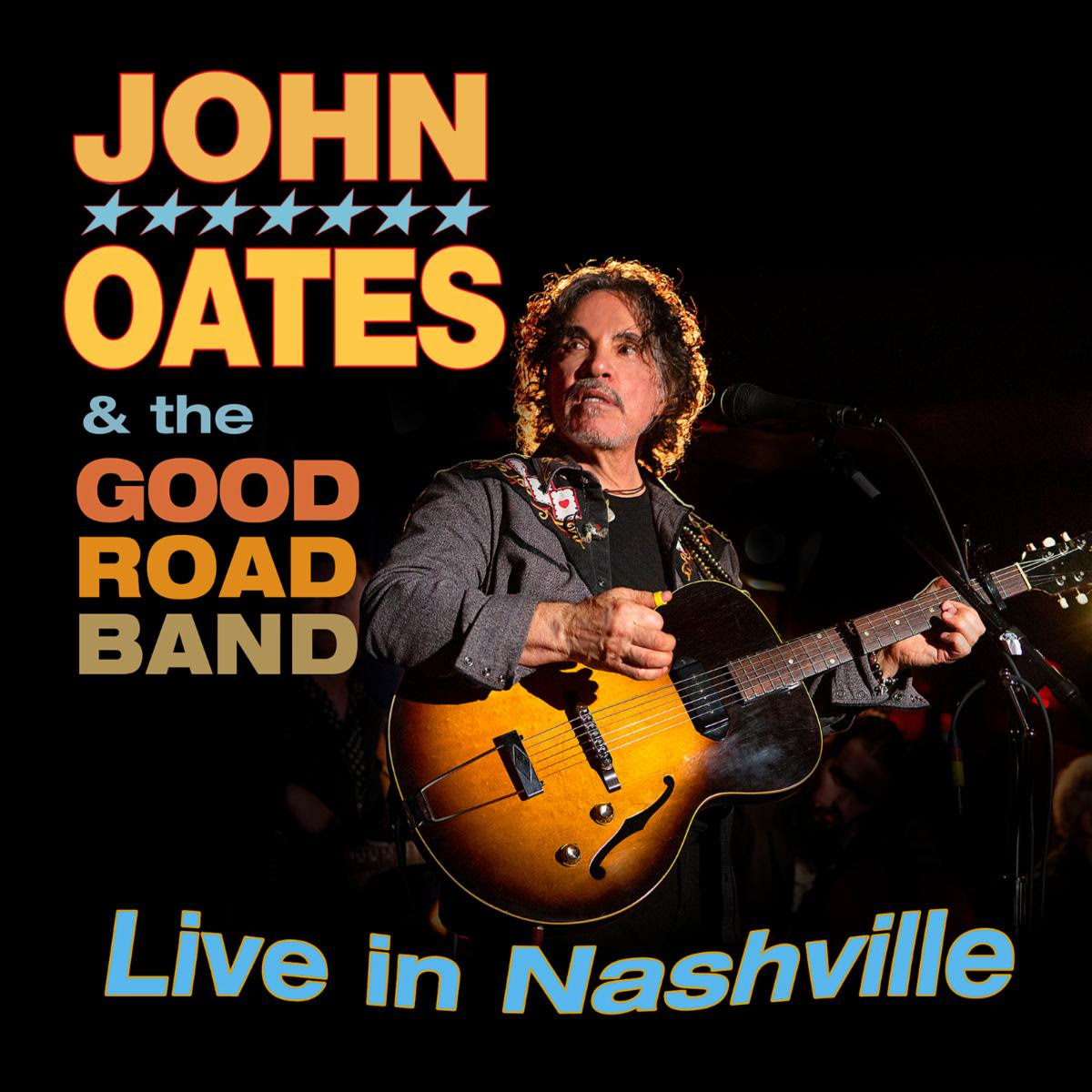 Rock and Roll Hall of Famer John Oates has had a home in Nashville for more than a decade, performing with some of the city’s most sought-after musicians. His Thirty Tigers debut, “Arkansas,” performed with The Good Road Band, was released in 2018, proving a critical and commercial success in the Americana and roots community. It was a combination of originals with classic songs popularized by Mississippi John Hurt, Jimmy Rodgers and Don Gibson.

“This album represents a full-circle moment for me,” said Oates, in quarantine with his family in his adopted Music City home. “It feels like the culmination of the Arkansas project, being able to bring these guys back, and to be able to make this record after touring and playing so many shows together.”

Inspired by Mississippi John Hurt, “Live in Nashville” features songs including the gospel-blues opener, “Lord Send Me,” the Delta blues of the standard “Stack o Lee,” and an electrified take on “Make Me a Pallet on Your Floor,” dubbed “Pallet Soft and Low,” where Oates manages to show off some of his well-honed rock guitar skills. In yet another “full circle moment,” he pays tribute to his own childhood with a cover of Don Gibson’s “Oh Lonesome Me,” the first song he learned to sing and play on guitar as a 6-year-old after hearing it on the radio. Several of the songs come with Oates’ own stories about the songs, connecting the dots as to their connections, including popular hits of the era such as the Mississippi Sheiks’ 1930 success, “Sittin’ on Top of the World,” Emmett Miller’s 1924 breakthrough “Anytime,” and Jimmy Rogers’ 1932 classic, “Miss the Mississippi and You.”

“I was always fascinated by this rural Americana Appalachian music, which opened the door for me to John Lee Hooker and other blues artists long before the British Invasion turned kids on to them. I always preferred the originals myself,” Oates said.

“Live in Nashville” traces how country, blues and gospel bubbled up from Mississippi and New Orleans and landed in northern urban cities like Chicago, St. Louis and New York. Oates described the sound as, “Dixieland, dipped in bluegrass, and salted with Delta blues.”

“Something magical happened,” he said about his first time playing with The Good Road Band in the studio. “The thing you pray for, but so rarely achieve. My producer just said, ‘I don’t know what this is, John, but keep doing it because it’s cool.’ ”

“Live in Nashville” shows what the band is capable of on any given night – and in lieu of being able to see them in concert, this is the next best thing.

“This experience has made me a better player,” Oates said, referring to what he's learned with his work in Daryl Hall and John Oates. “Playing with this caliber of musicians has really elevated my game and my ability to play guitar. As a musician, it helps me articulate what I need to do in a better way. I’m an improved singer, my vocal chops are stronger. For Daryl and I, our writing styles are totally predicated on how good we are as singers and musicians. I’ve been working my ass off. There’s nothing like touring to keep you sharp.”

“Live in Nashville” offers concrete proof of that.