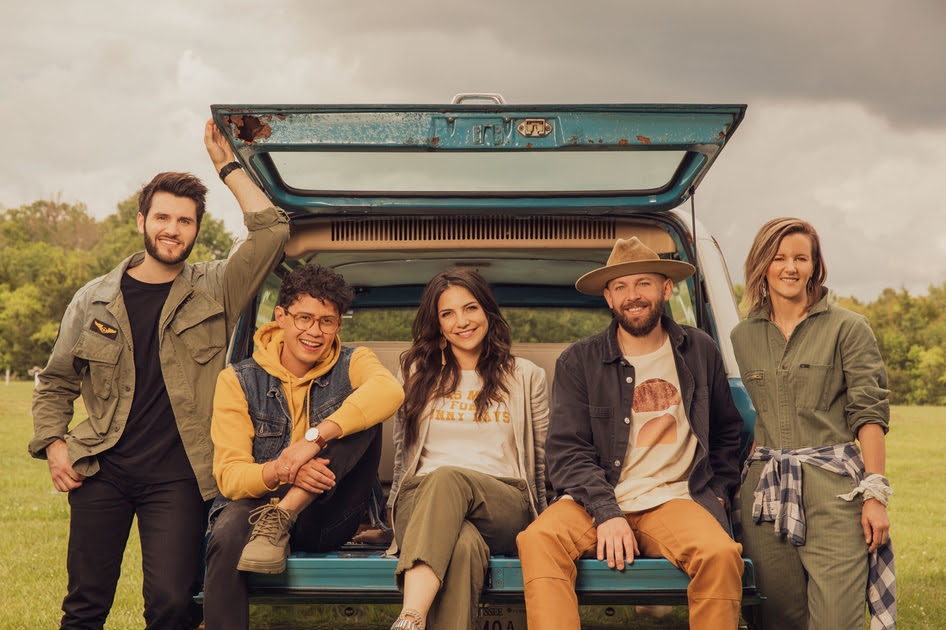 I AM THEY is Brandon Chase, Justin Shinn, Abbie Parker, Matt Hein and Nicole Hickman. (Image courtesy of Merge PR)

I AM THEY debuts new single, 'Faithful God'

Provident Entertainment's I AM THEY announces the debut of their new song, "Faithful God." The song, also the title track to the group's upcoming fall album release, is available now at all digital and streaming outlets and will go for adds at radio beginning Aug. 21. A new music video is also available and can be viewed below.

" 'Faithful God' comes from Hebrews 10:23, which says, ‘Let us hold unswervingly to the hope we profess, for he who promised is faithful,' " explained Matt Hein, I AM THEY's vocalist and guitarist. "The song speaks to our persistence in the middle of what we’re going through because he is faithful.”

It's been more than two years since I AM THEY – made up of Hein, Abbie Parker, (vocals), Brandon Chase (vocals, guitar), Justin Shinn (keys) and Nicole Hickman (drums) – released "Scars," the chart-topping and award-nominated single from their 2018 album “Trial & Triumph.”

A press release said, “With ‘Faithful God’ and the other new songs to be featured on the new project, there’s a heaviness that's been lifted and the band has a redefined sense of what it means to hope for the future. Even their moniker speaks to their belief in promises held together by trust, that God is pointing the way forward. For ‘they,’ it isn’t about a singular ambition, but a collective desire for God’s plan.

“That’s what people have connected to with I AM THEY, for being real," Parker shared. "We’ve always been upfront with the difficult things we’re facing. The trust that we’ve built helps us be vulnerable with each other and within our songs.”