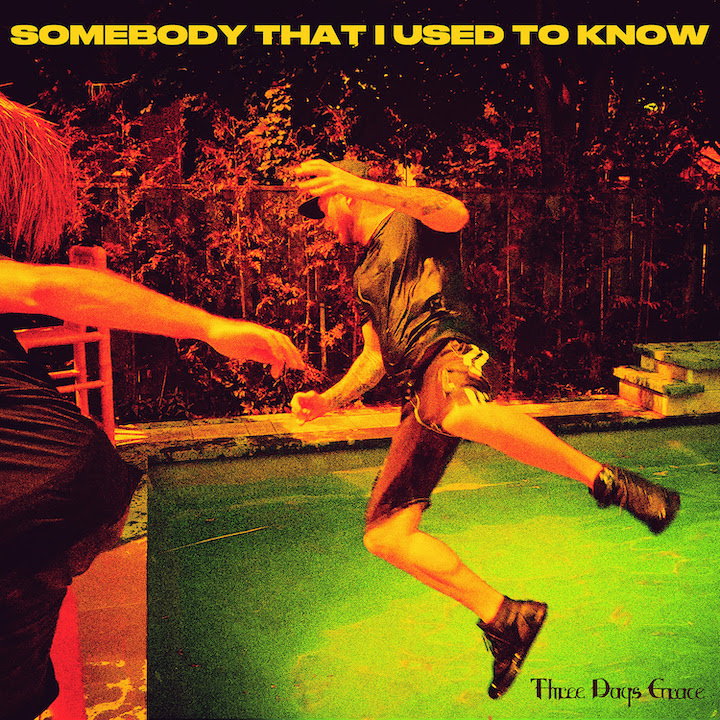 On Wednesday, Three Days Grace, the internationally acclaimed and multi-Platinum-certified Canadian band, shared their cover of Gotye’s “Somebody That I Used To Know.” Matt Walst of the band shared. “The first time I heard ‘Somebody That I Used to Know’ I got goosebumps! This has only happened to me a few times in my life. I remember listening to it over and over and just being happy. Music releases a mood-enhancing chemical in the brain that can set good moods and peak enjoyment. Music is truly the best drug!”

Three Days Grace's most recent album is the Juno Award-nominated “Outsider” (RCA Records). The band scored its 15th No. 1 single on U.S. Billboard’s mainstream rock songs chart with the album’s song “Right Left Wrong.” Three Days Grace also has 16 No. 1s at Mediabase. The band won the “Rock Artist of the Year” award at the 2019 iHeartRadio Music Awards. Since 2003, the band has staked a spot amongst the hard rock vanguard, breaking records, toppling charts and moving millions of units worldwide.

In 2015, “Human” marked the group’s second straight No. 1 slot on the Billboard top hard rock albums chart, as well as their fourth consecutive debut in Top 20 of the Top 200. It spawned two No. 1 singles – “Painkiller” and “I Am Machine” – signaling the group’s 13th overall and fifth consecutive No. 1 on the U.S. active rock radio chart.

The four-piece consistently averages a staggering 3.9 million monthly listeners on Spotify, remaining one of the most listened to rock bands in the world.