By the American Hotel & Lodging Association

As a result of the sharp drop in travel demand from COVID-19, state and local tax revenue from hotel operations will drop by $16.8 billion in 2020, according to a new report by Oxford Economics released Thursday by the American Hotel & Lodging Association (AHLA).

Hotels have long served as an economic engine for communities of all sizes, from major cities, to beach resorts, to small towns off the interstate – supporting job creation, small business opportunities and economic activity in states and localities where they operate. Hotels also generate significant tax revenue for states and local governments to fund a wide array of government services. In 2018, the hotel industry directly generated nearly $40 billion in state and local tax revenue across the country. 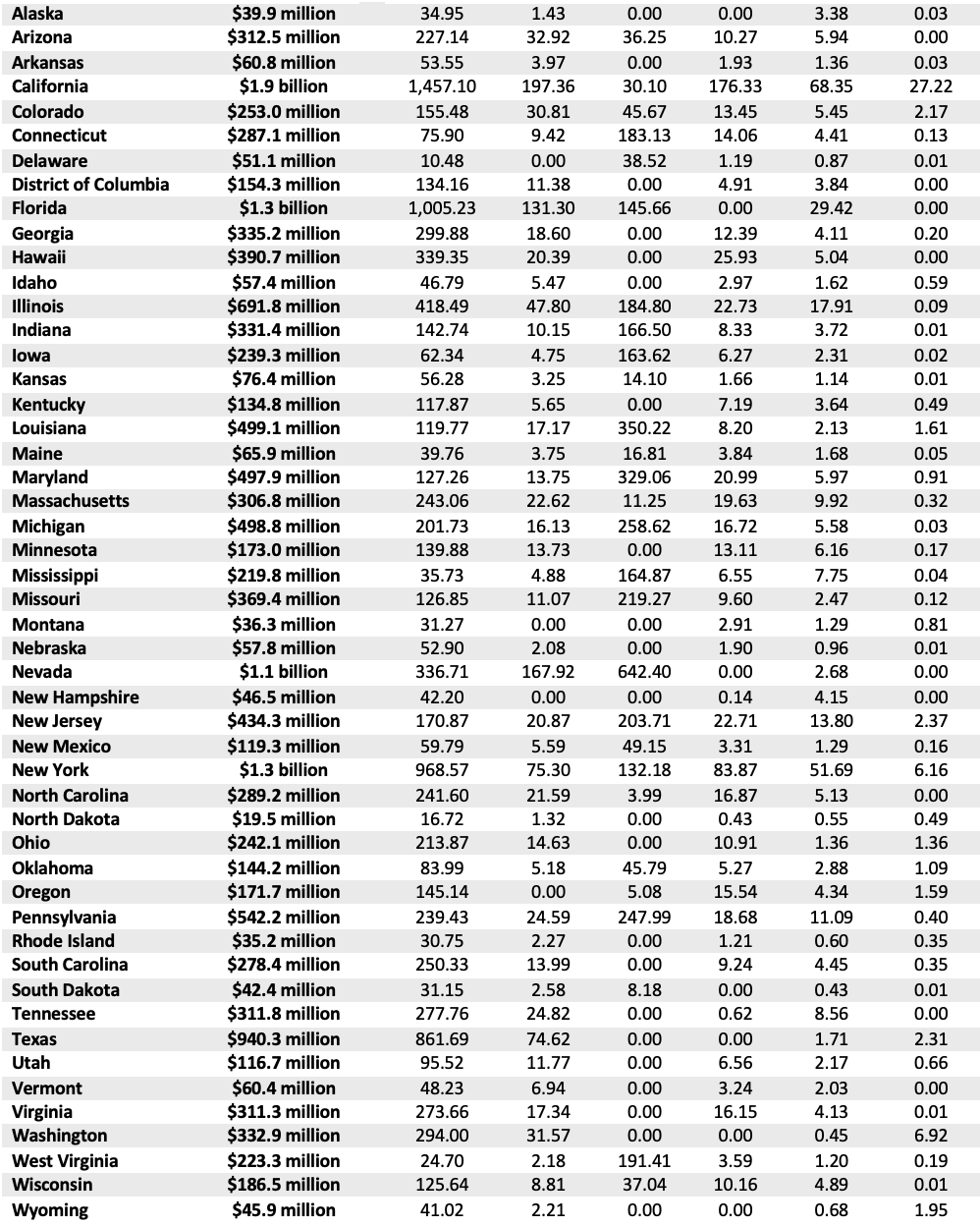 Some of the hardest hit states include California (losing $1.9 billion), New York ($1.3 billion), Florida ($ 1.3 billion), Nevada ($1.1 billion) and Texas ($940 million). These tax impacts represent the direct tax revenue decrease from the severe drop in hotel occupancy, including occupancy, sales and gaming taxes. These figures do not include the potential, significant, knock-on effects on property taxes supported by hotels (nearly $9 billion).

“Getting our economy back on track starts with supporting the hotel industry and helping them regain their footing,” said Chip Rogers, president and CEO of the American Hotel & Lodging Association. “Hotels positively impact every community across the country, creating jobs, investing in communities, and supporting billions of dollars in tax revenue that local governments use to fund education, infrastructure and so much more. However, with the impact to the travel sector nine times worse than 9/11, hotels need support to keep our doors open and retain employees as we work toward recovery. We expect it will be years before demand returns to peak 2019 levels.”

The dynamic growth of the hotel industry over the past decade has been upended by the pandemic, which has caused more than 70% of hotel employees to be laid off or furloughed. This year is projected to be the worst year on record for hotel occupancy, and experts estimate it will be at least 2022 before hotels return to their 2019 occupancy and revenue levels. While leisure travel is slowly starting to resume, 6 in 10 hotel rooms remain empty, with business travel not expected to fully rebound until 2022.

Prior to the pandemic, hotels were proud to support one in 25 American jobs – 8.3 million in total – and contribute $660 billion to U.S. GDP. A representative hotel with 100 occupied rooms per night supports nearly 250 jobs in the community and generates $18.4 million in guest spending at neighborhood shops and restaurants. Hotels generate $186 billion in local, state and federal taxes each year.

The industry has laid out a "Roadmap to Recovery" calling on Congress to provide support to help hotels retain and rehire employees, protect employees and guests, keep hotel doors open and incentivize Americans to travel again.

The American Hotel & Lodging Association (AHLA) is the sole national association representing all segments of the U.S. lodging industry and contributes nearly $660 billion to U.S. GDP. Headquartered in Washington, D.C., AHLA focuses on strategic advocacy, communications support and workforce development programs to move the industry forward. Every day, America’s hotels make dreams come true, not just for our guests, but also for the 8.3 million people whose jobs we support – more than 1 in every 25 American jobs. Learn more at www.ahla.com.