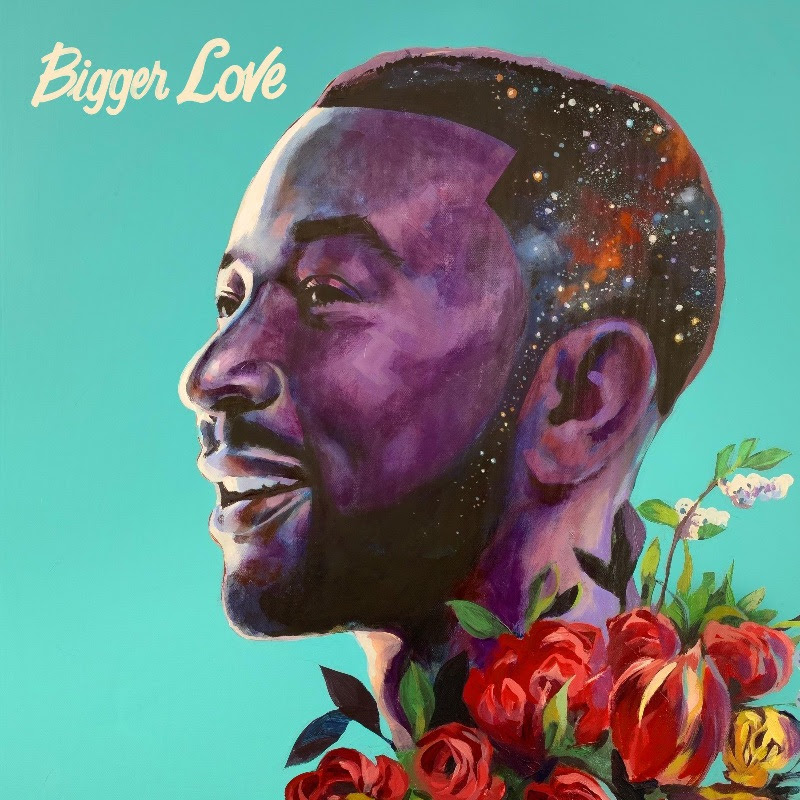 John Legend, father of two and EGOT winner, invites everyone to a celebration of dads with a one-hour variety special, “John Legend and Family: A Bigger Love Father’s Day,” airing Sunday, June 21 (8 p.m. EDT), on ABC.

The evening will be a tribute to fathers everywhere and will blend live musical performances with some much-needed levity and touching moments, and plenty of surprises. Legend will perform new material from his anticipated new album, “Bigger Love,” due out June 19. Some of his celebrity friends, and fellow dads, will join him for a hilarious “Fatherly Feud” game. Chrissy Teigen, John’s wife and co-ruler of their little kingdom, will make sure viewers have the perfect gift for dad, in case they forgot. Additionally, their children, Luna and Miles, are going to pamper their father in ways that only kids under age 5 can, and much more.

“Some of us may wonder if it’s OK to laugh right now,” Legend said. “But music and humor have always lifted our spirits during tough times. This special celebrates love and the connection to the ones you care about most. I hope it brings joy and laughter into everyone’s homes this Father’s Day.”

“Now, more than ever, is a time to celebrate family and togetherness,” said Karey Burke, president, ABC Entertainment. “John has an immeasurable talent, and we know he will entertain and unite families far and wide.”

Multiplatinum artist  Legend has garnered 11 Grammy Awards, an Academy Award, a Golden Globe Award, a Tony Award and an Emmy Award, making him the first African American man to earn an EGOT (Emmy, Grammy, Oscar, Tony). Legend has released six celebrated albums, including “Get Lifted” (2004), “Once Again” (2006), “Evolver” (2008), “Love in the Future” (2013), “Darkness and Light” (2016) and “A Legendary Christmas” (2018). Legend starred in NBC’s “Jesus Christ Superstar Live in Concert” in 2018, winning an Emmy for Outstanding Variety Special and nominated for Outstanding Lead Actor (Limited Series). He joined “The Voice” for season 16 (2019) and recently completed season 18. Legend is a partner in Get Lifted Film Co., serving as an executive producer for “Southern Rites,” “United Skates,” WGN America’s “Underground,” and films “Southside with You” and “La La Land.” As a philanthropist, Legend initiated the #FREEAMERICA campaign in 2015 to change the national conversation surrounding our country’s misguided criminal justice policies and to end mass incarceration. He is currently gearing up to release his new album, “Bigger Love,” on June 19.

To that end, Legend revealed the cover and track list to his new album on Friday.

"I’m so excited to introduce my new album, ‘Bigger Love,’ to the world,” he said. “Here’s the album cover painted by brilliant artist Charly Palmer. Swipe for the track list, including my amazing featured guests.

“This project has been a labor of love for me, something I’ve spent over a year conceiving and creating. I poured my heart and soul into these songs and collaborated with some incredibly gifted co-writers, producers and musicians. The songs are inspired by the loves of my life: my wife, my family and the rich tradition of black music that has made me the artist I am.

“All of these songs were created prior to the world being rocked by a pandemic, prior to the latest police killings in the U.S. that sent so many to the streets in protest. During these painful times, some of us may wonder if it’s OK to laugh or dance or be romantic. Lately, the images of black people in the media have been showing us with knees on our necks, in mourning, or expressing our collective outrage. We feel all those emotions.

“But It’s important for us to continue to show the world the fullness of what it is to be black and human. Through our art, we are able to do that. This album is a celebration of love, joy, sensuality, hope, and resilience, the things that make our culture so beautiful and influential.

“I’m under no illusion that music can save the world or solve the world’s problems, but I’ve always turned to music to help me through tough times and I know many of you have done the same. That’s why I couldn’t wait to release this album to the world.

“I debuted in 2004 with an album called ‘Get Lifted.’ And now, as we enter the summer of 2020, I hope this new album can get you lifted again, fill your hearts with love and inspiration, give you something to dance to, something to hold hands to, something to make love to. A week from today, on June 19, I invite you to experience a ‘Bigger Love.’ "