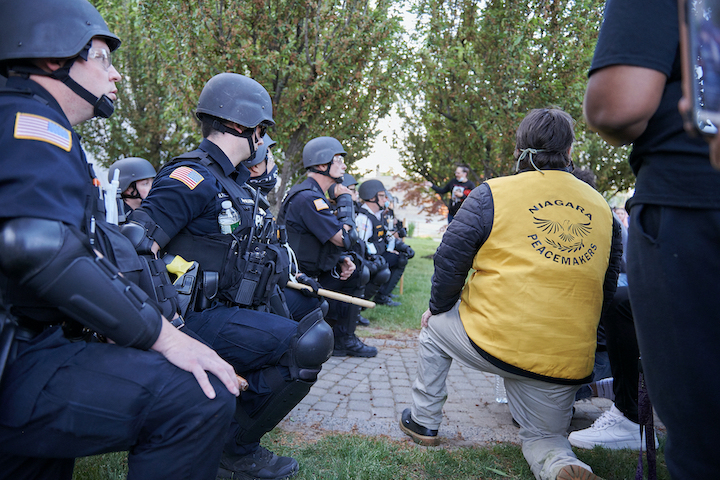 Second night of peaceful protests in Niagara County; not so in Buffalo

Dozens of people descended upon downtown Lockport on Monday to hold a peaceful rally and encourage racial equality.

The Lockport Police Department and New York State Troopers actually joined together with crowd members and Niagara Peacemakers to take a knee and deescalate any tension arising from the law enforcement’s presence. Shortly after, the crowd started to dissipate, and law enforcement officers left the site.

In Buffalo, following a peaceful protest intended to spur change in race relations, police clashed with protestors right around 10 p.m. In one incident caught on social media, a dark SUV came into a crowd and struck a Buffalo Police Department officer and two New York state troopers, sending them to Erie County Medical Center. Two people were shot in the process. At least one was reportedly in the vehicle at the time.

Six arrests were made, and one law enforcement vehicle was damaged. 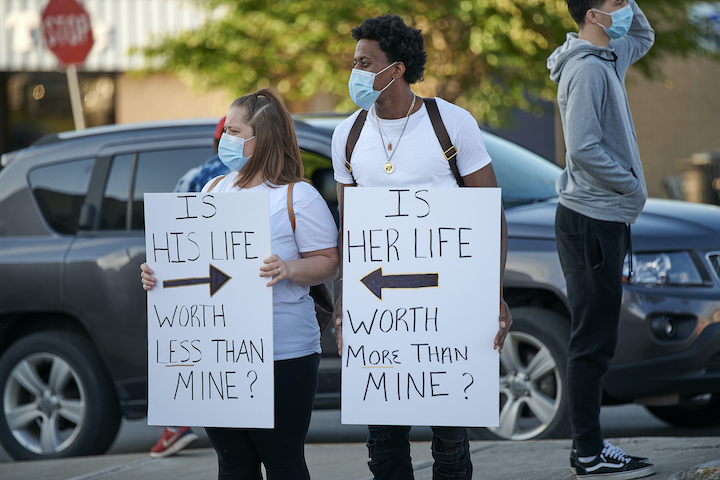 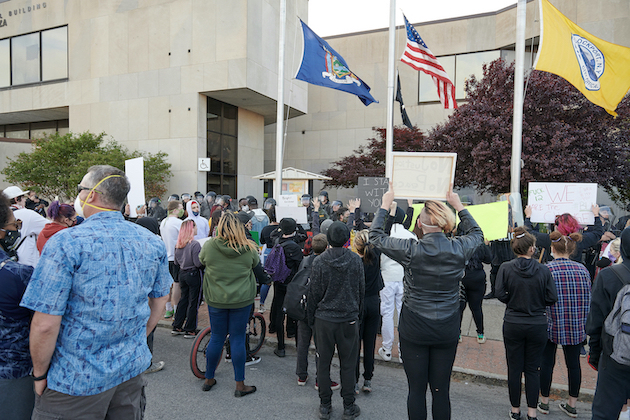 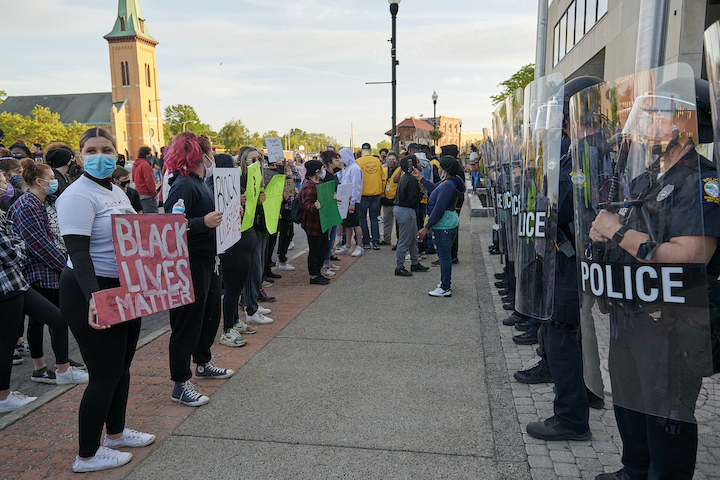 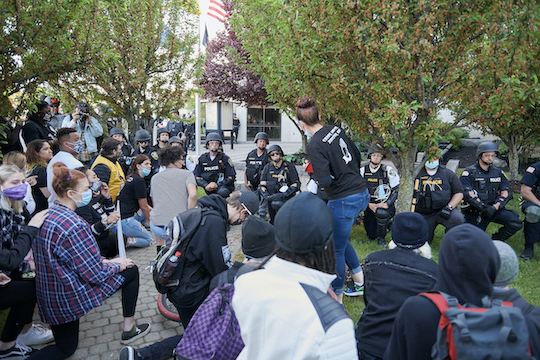 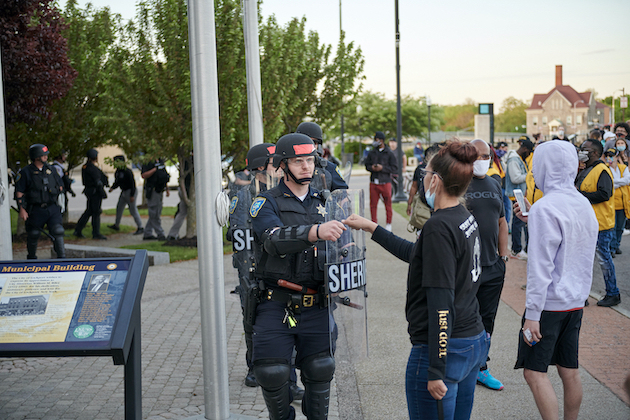 At a press conference Tuesday morning, Buffalo Mayor Byron Brown said, “Our goal, our intent, as people express their pain and frustration, is to do everything that we can to keep the people of this community safe; to keep the businesses of this community safe. That is our intent. We respect the right to peacefully protest. But for those opportunists; for those outside agitators; for people who want to loot, want to steal, want to vandalize, want to damage – there is no place for that in our community.

“I am calling on all of the good people in the City of Good Neighbors to reject that kind of behavior. We know that people are in pain. We know people are hurting. But what some of the individuals are doing by rioting, by stealing, by looting, by vandalizing, is dishonoring the memory of George Floyd; dishonoring the memory of Eric Garner; of Ahmaud Arbery; of Freddie Gray; and all of the black men and people that have been injured or killed by rogue police officers.

“And I know for many of you, this is beyond police brutality. This is about racial injustice and inequity. But we have to come together right now as a community: Let your voices be heard; let your pens write on paper; let your proposals be read; let your grievances be aired. But let's do it peacefully.”