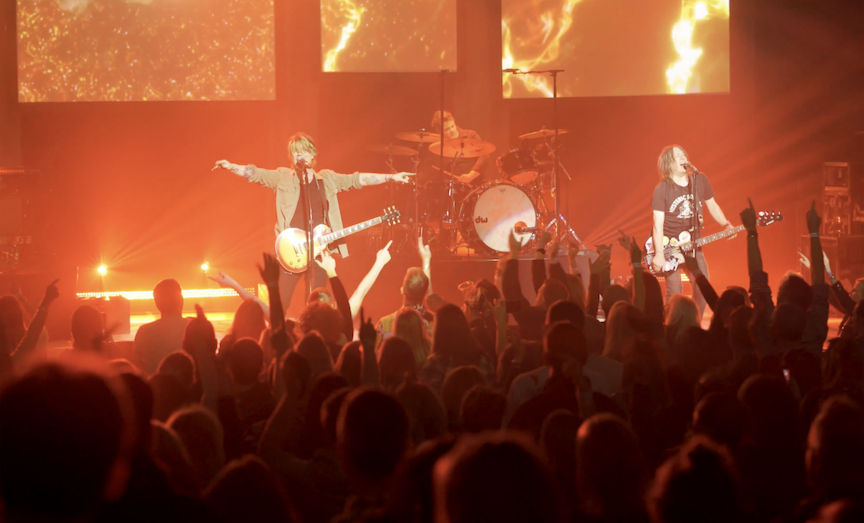 John and Robby on stage in Michigan. (Photo provided by BB Gun Press)

Last month, Goo Goo Dolls released a comic-book-inspired lyric video for "Fearless," directed and produced by Michael Perlmutter. A press release noted, “The video is an inspiring, heartfelt celebration of life's everyday heroes and can be viewed now HERE.” Recently, the band also released a live performance of "Fearless" in association with Global Citizen for their "Together At Home" series in an effort to spread awareness and raise funds for the World Health Organization to help end the coronavirus. Watch it now HERE.