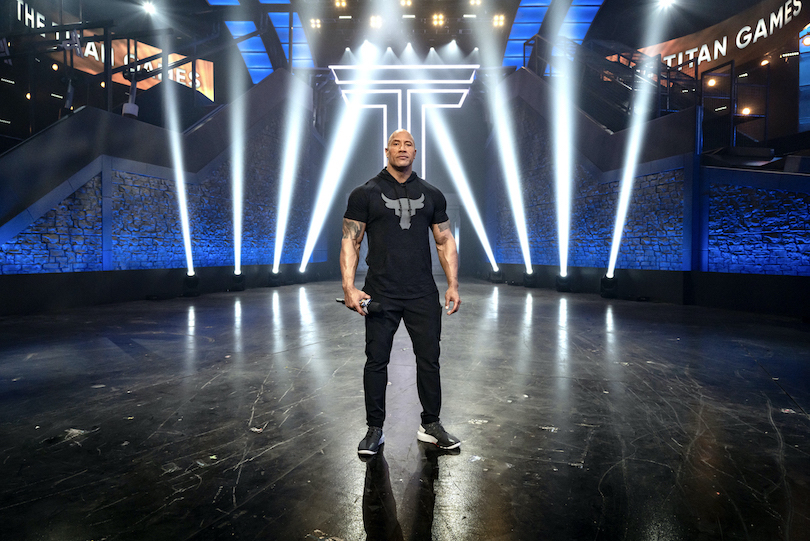 'The Titan Games' returns May 25

Executive produced and hosted by Dwayne “The Rock” Johnson, the series offers everyday people a once-in-a-lifetime opportunity to compete in epic head-to-head challenges designed to test the mind, body and heart.

A press release said, “In the absence of sports, ‘The Titan Games’ will give audiences their much-needed dose of high-level competition. This season includes an incredible group of athletes and everyday heroes with inspirational stories. There are doctors, nurses, veterans and teachers set to compete in the Titan arena, and this season they will also have to beat world-class professional athletes, including Olympic gold medalists, NFL stars and UFC champions, to become Titans.” (Professional athletes to be revealed soon.)

Inspired by Johnson’s desire to motivate global audiences to achieve their greatness, this athletic competition gives men and women across the country the opportunity to step inside the Titan arena and push beyond their limits. Competitors will battle opponents in unforgiving head-to-head challenges, designed by Johnson. Winners will advance to the ultimate challenge of Mt. Olympus, the consummate athletic test of speed, strength, agility and endurance.

“The Titan Games” will not only test the competitors’ physical strength, but also their mental and emotional fortitude. In the end, the Titans will return to battle against one another, with one man and one woman emerging as Titan Champion and each winning a grand prize of $100,000. If one of the professional athletes wins, their prize money will go to a charity of their choosing.