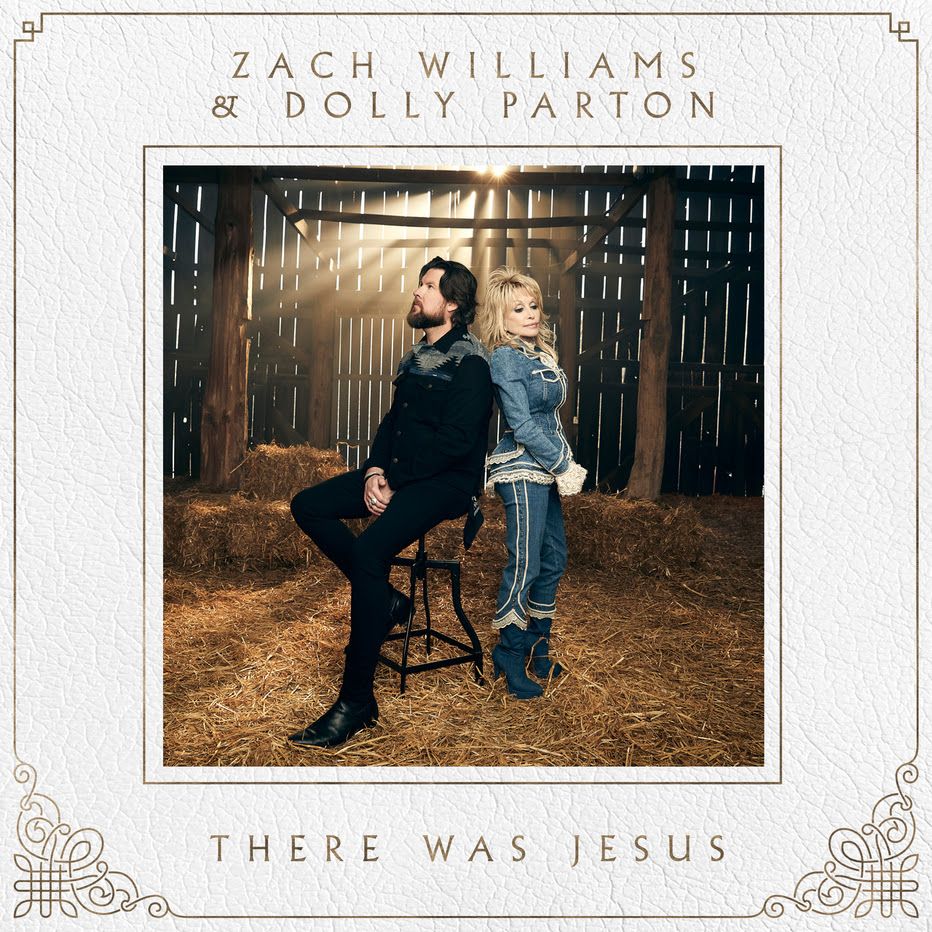 Song is at Christian & country radio

The new music video for "There Was Jesus" from Grammy Award-winning artists Zach Williams and Dolly Parton makes its debut today. The single is also now at Christian and country radio.

It was last November when the duet from Williams and Parton was shared live with the world when they performed "There Was Jesus" at the 53rd Annual CMA Awards. Since their epic performance, the song has gained extraordinary momentum and has become Williams' most consumed song to date along with the title track from his 2019 album, “Rescue Story.”

"When I first heard 'There Was Jesus,' it was one of the best songs I'd ever heard," Parton said about being featured on the song. "I loved Zach's voice, and at that time I wanted to do something more uplifting. I felt like it was a Godsend, so I thought, ‘Yes, this is my record and I'm going to sing with him on it!’ I'm really proud of how it turned out. I think people are going to get a blessing out of it. I know I have."

Regarding Williams' experience working with Parton, from recording the song to performing it live on the CMA Awards to ultimately filming the music video, he said, "Dolly has been a champion since day one of this song. I never thought in a million years this would happen, and the entire experience working with her has truly been an honor and a privilege. I cannot wait to share the song and video with all of you."

Parton is the most honored and revered female country singer-songwriter of all time. Achieving 25 RIAA-certified Gold, Platinum and multi-Platinum awards, she has had 26 songs reach No. 1 on the Billboard country charts, a record for a female artist.

Parton recently became the first country artist honored as Grammy MusiCares Person of the Year given out by NARAS. She has 44 career Top 10 country albums, a record for any artist, and 110 career-charted singles over the past 40 years. In 2014, the RIAA recognized her impact on recorded music with a plaque commemorating more than 100 million units sold worldwide.

Her 2016 No. 1 album, “Pure & Simple,” which topped the Billboard top country albums and Americana/folk albums charts and debuted at No. 1 in the U.S., Canada, U.K., and Australia, added to that massive tally. She has garnered eight Grammy Awards, including a 2017 win with Pentatonix for their collaboration on her iconic 1974 hit “Jolene”; 10 Country Music Association Awards, including Entertainer of the Year; five Academy of Country Music Awards, also including a nod for Entertainer of the Year; four People’s Choice Awards; and three American Music Awards. In 1999, Parton was inducted as a member of the coveted Country Music Hall of Fame.