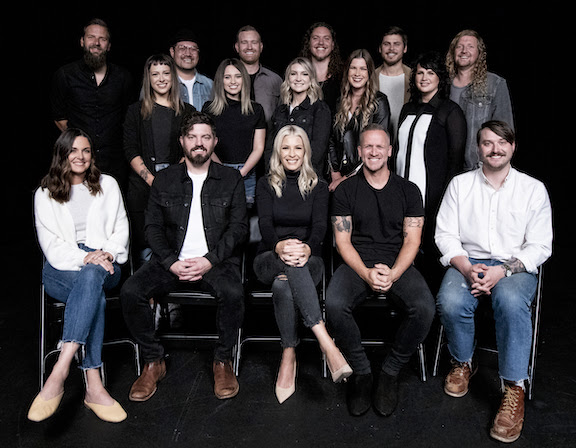 Recorded live at Bethel Church’s Redding, California, campus earlier this year, the victorious anthem of freedom was inspired by a wilderness season in Asbury’s own life.

“ 'Egypt' was born in the winter of 2017, just after moving from Colorado Springs to Kalamazoo, Michigan,” he said. “My wife and I were leading worship at our local church and, during the final song of the set, the church just erupted into spontaneous praise. Our pastor jumped on stage and began leading the room in thanksgiving. During this time, he spoke the phrase, ‘You stepped into my Egypt,’ and something inside of me leapt. It was the phrase my heart had been feeling, but lacked language for until that moment.”

“Scripture says God delivered Israel from Egypt so they could worship," Asbury added. "I hope people can experience God’s relentless fight for their heart of worship, and that this song sets people free to worship him. I hope it sparks a tidal wave of gratefulness that spills over into our everyday lives. Sometimes in order to rightly look at the future, we must consider his faithfulness in the past.”

Following a year-long sabbatical, Asbury returned to the spotlight in January, joining forces with pop superstar Tori Kelly for a reimagined rendition of his 2018 genre-defying megahit, “Reckless Love.” The original recording of “Reckless Love,” which serves as the title-track of Asbury's 2018 Bethel Music solo debut, quickly became one of the biggest songs in Christian music history. The Grammy-nominated chart-topper also earned multiple GMA Dove Awards and was recently named Billboard’s No. 4 Christian song of the decade.

To date, Bethel Music has released 14 corporate worship albums, seven of which reached Billboard’s Top Christian Albums chart, each carrying a unique expression of worship to inspire and unite the global church. Along with the label’s 11 Dove Awards, “This is Amazing Grace” was named ASCAP's Christian Music Song of the Year in 2015, with Cory Asbury's "Reckless Love" earning the same honor in 2019. “Reckless Love” was also nominated for a 2019 Grammy Award and was Billboard’s fourth-most-popular Christian song of the decade.