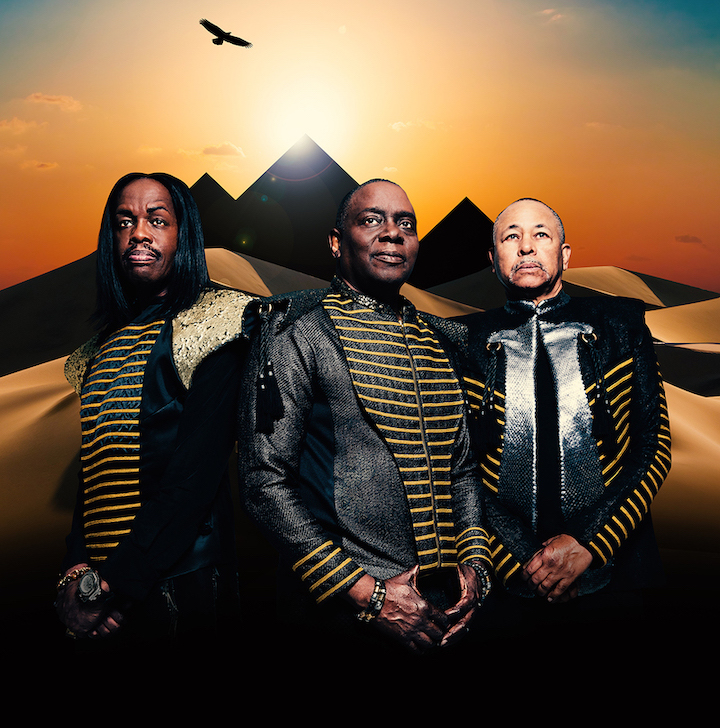 Earth, Wind & Fire are a music institution. Over their five-decade history, they've sold-out concerts all around the globe, scored eight No. 1 hits and have sold over 100 million albums worldwide. They have since released 23 albums, eight of which have gone double-Platinum and hit the Top 10, making them one of the best-selling artists of all time. They have also won an impressive nine Grammy Awards, including one for Lifetime Achievement (2012). In 2000, Earth, Wind & Fire was inducted into the Rock and Roll Hall of Fame, cementing their lasting impact on popular music.

With a sound that blends funk, jazz, pop, soul and R&B, Earth, Wind & Fire launched a musical genre that can't be confined to a specific label – except their own. Whether it’s the funky and infectious “Let’s Groove,” the timeless dance classic “September,” or the heartfelt “Reasons,” Earth, Wind & Fire’s catalog of hits has become the soundtrack many lives – now, then and forever.

Both front-of-stage (standing-room-only) and reserved seating tickets are $77. General admission bowl is $37, while general admission is $19. Prices include a facility fee; additional fees apply for online and phone orders. All ticket prices increase by $5 the week of the show.