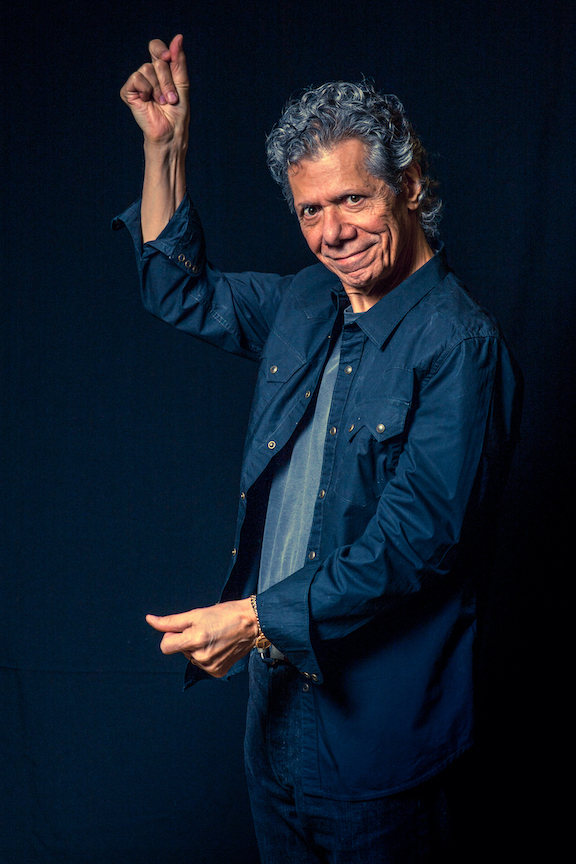 Corea, an iconic keyboardist, composer and bandleader, is a DownBeat Hall of Famer and NEA Jazz Master with an astounding 65 Grammy nominations – and 23 wins – in addition to a number of Latin Grammys.

Since he first played with the Spanish Flamenco guitar legend Paco de Lucia, Corea has built a deep catalog of Latin jazz brilliance, beginning with his modern-classic song “Spain,” and the world-groove-inspired first “Return to Forever” album, featuring "Sometime Ago / La Fiesta."

Joining Chick Corea & The Spanish Heart Band as guest vocalist is Latin music icon Rubén Blades, who was at the center of the New York salsa revolution in the 1970s. His landmark albums in classic Afro-Cuban salsa are touched with rock, jazz, pan-Latin and worldwide influences. Blades has collaborated with rock, jazz, pop, hip-hop, reggaeton and salsa artists, and has composed hundreds of songs and dozens of hits, known for their eloquent, socially charged lyrics, colorful characters, and memorable melodies.

"This new band and show will be a mix of all the wonderful and various aspects of my love and lifetime experience with Spanish, Latino and Flamenco cultures and musicians. We will be performing songs and themes from the albums ‘My Spanish Heart’ and ‘Touchstone,’ as well as other compositions of mine in the vibe of these rhythms that have been such a big part of my musical heritage," Corea said.

Click here to see a map. Ticket prices include a facility fee; additional fees apply for online and phone orders. Prices in all sections increase by $5 the week of the show (Sunday-Monday).