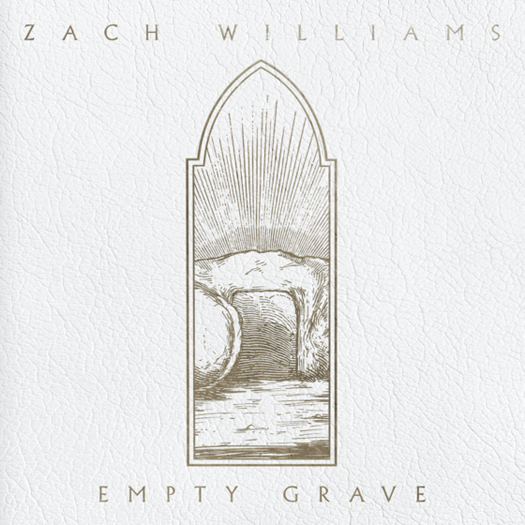 As we enter the Easter season, Zach Williams has released a new song titled "Empty Grave." Available now at all digital outlets, a lyric video also accompanies the song and can be viewed below. "Empty Grave" is also available on vinyl at all of his tour stops. The Grammy Award-winning artist will be sharing the song live when he embarks on his spring 2020 tour, which kicks off next week and runs through May 9.

Somebody celebrate // I see an empty grave – “Empty Grave"

Williams' spring run of "The Rescue Story Tour," which follows his highly successful fall tour, will hit 40 major markets from California to Florida, with many of the dates already sold out. The tour will welcome supporting act We The Kingdom ("Holy Water") and introduce the sibling trio Cain.

As previously mentioned, fans will get to hear "Empty Grave" on the tour along with many of Williams' other songs, such as the top-charting hits "Chain Breaker," "Old Church Choir," "Fear Is A Liar," and his current radio single "Rescue Story." Currently climbing the radio charts, "Rescue Story" also earned Williams his fourth Grammy nomination (Best Contemporary Christian Music Performance/Song).

Tickets are on sale now for "The Rescue Story Tour."

As a husband, father, recording artist, and songwriter, Grammy winner (Best Contemporary Christian Album, “Chain Breaker,” 2018), Williams continues to make history. Achieving two consecutive radio No. 1 hits for 35 weeks as a debut artist ("Chain Breaker," "Old Church Choir") Williams' music comes from a place of humility and honesty, as his songs are a direct reflection of God's redemption in his life.

Apple Music chose him as Artist of the Week (2016), while "Chain Breaker" was the top track of 2016 on iTunes' Christian songs chart and also reached No. 12 on Billboard's “Hot Rock” songs chart. Williams has been awarded by BMI with four Citation of Achievement awards for his singles "Chain Breaker," "Old Church Choir" and "Fear Is a Liar," recognizing the songs for their national popularity and reach.