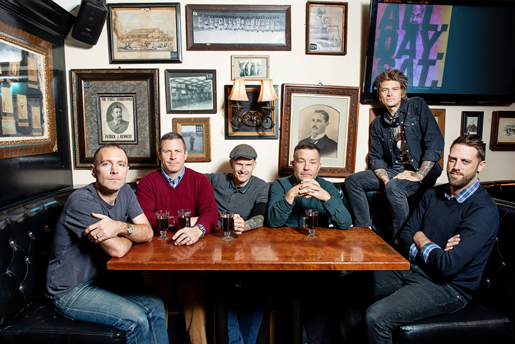 May 24 at Artpark Amphitheater, part of ‘Coors Light Concerts’ presented by Artpark & Funtime

This concert event is part of the “Coors Light Concerts” series presented by Artpark and Funtime at 6 p.m. Sunday, May 24, in the Artpark Amphitheater. Tickets are on sale now.

Rancid and Dropkick Murphys have a long and important history together. Back in 1997, Rancid’s Lars Frederiksen came across a copy of Dropkick Murphys’ original EP at a friend's house. He turned it over to his bandmate and Hellcat Records president Tim Armstrong, who quickly snatched up the band for his new label.

Dropkick Murphys’ founder Ken Casey said, “We’re excited to team up with our old friends Rancid again for the second edition of the ‘Boston To Berkeley tour!’ ”

Frederiksen said, "Looking forward to getting out with the Dropkick Murphys again for the second edition of our ‘Boston To Berkeley Tour’ in May. This is one you won’t wanna miss."

Since forming in 1996, Boston's Dropkick Murphys have sold a staggering 7 million albums worldwide, with 2005's “The Warrior's Code” achieving an RIAA Gold certification. Its smash single, "I'm Shipping Up To Boston," neared double-Platinum and appeared during a key moment of Martin Scorsese's Academy Award-winning “The Departed.”

Dropkick Murphys have become ambassadors for their Boston hometown and have built a legacy that does Beantown proud. Recently, Dropkick Murphys' song "Rose Tattoo" – from their “Signed and Sealed in Blood” album – was chosen by Loudwire as one of the "Top 66 Best Of The Decade Rock Songs," appearing at No. 21 on the list.

Emerging from the blue-collar swamps of Berkeley, California, Rancid has now been a living, breathing punk rock band for over a quarter century. Back in 1991, after the demise of their much beloved first band, Operation Ivy, founding members Tim Armstrong (vocals, guitar) and Matt Freeman (bass, vocals) decided to do the impossible ­– start an even better band. Thus, Rancid.

Signing with Epitaph Records, the band released their first album, “Rancid,” in 1993. Shortly thereafter, Frederiksen (vocals, guitar) joined the band, because … well, are you going to tell him he can’t? The result, in 1994, was “Let’s Go.”

In 1995, Rancid released the classic Platinum-selling “...And Out Come The Wolves.” They followed with the even more ambitious “Life Won’t Wait” in 1998 and, in 2000, Rancid released another album titled “Rancid,” just to see if anyone was paying attention.

After “Indestructible” in 2003, Branden Steineckert (drums) joined to solidify Rancid’s current lineup. They subsequently released the albums “Let The Dominos Fall” (2009) and “Honor Is All We Know” (2014). And out now is another immediate classic, “Trouble Maker” (2017).

Gates open at 5 p.m. Advance General Admission tickets are $42. No chairs will be permitted.

Tickets are now available online at tickets.com and artpark.net, by phone at 1-888-223-6000, or in person at the Artpark box office, 450 S. Fourth St., Lewiston (10 a.m. to 4 p.m. weekdays). Listed ticket prices include facility fee; additional service fees apply for online and phone orders. Ticket price increases $5 on the day of the show.

This event with Dropkick Murphys and Rancid joins the previously announced show in the “Coors Light Concert” series: AWOLNATION with Andrew McMahon (May 31), Joe Russo’s Almost Dead (June 19) and “Saints and Sinners Tour” with Big Wreck, Headstones, Moist and The Tea Party (July 16). 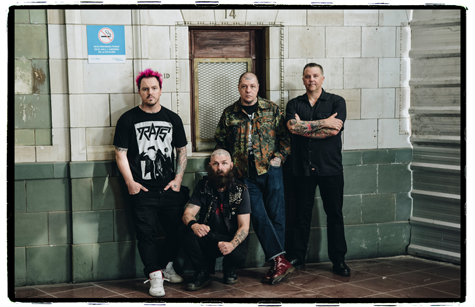