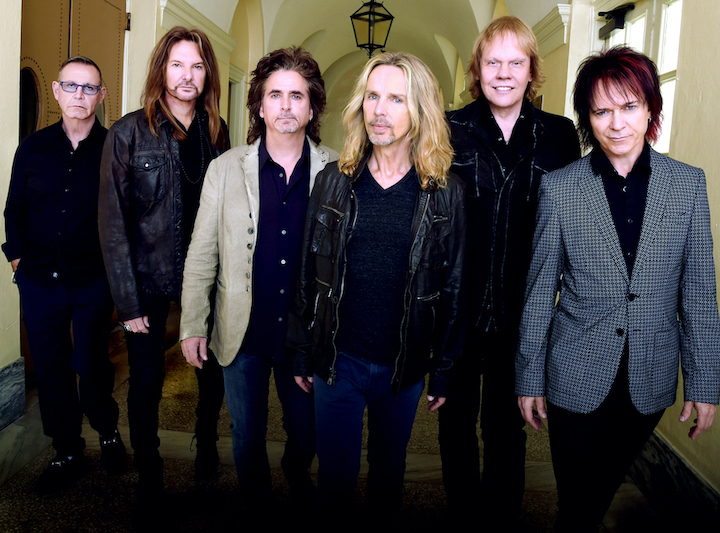 Alice Cooper is regretfully postponing his spring 2020 headline North American tour, which was slated to run from March 31 through April 22. The tour is being rescheduled for fall 2020 and the itinerary will be announced as soon as possible.

Information regarding previously purchased tickets and VIP packages will be available soon at alicecooper.com. It is recommended that those who have tickets should retain them, as they may be valid for the re-scheduled shows.

Let's get through this together and resume rocking later in the year.

For two nights, (8:30 p.m. March 25-26), “Sebastian Maniscalco: You Bother Me” promises to be a night of laughter. In 2018, Maniscalco was named Comedian of the Year by Billboard, which was no surprise after a string of record-breaking, sold-out arena and theater shows and producing a best-selling memoir, “Stay Hungry.” Maniscalco focuses on everyday scenarios and experiences, while incorporating his Chicago upbringing in an immigrant family.

Also coming to Fallsview Casino this March is not one, but two legendary rock icons, Styx and Cooper.

Styx will take the stage at 8:30 p.m. March 19 and showcase songs including “Come Sail Away” and “Renegade.”

At 8 p.m. March 31, “Alice Cooper: Ol' Black Eyes is Back” with special guest Lita Ford will rock the Fallsview stage with his distinctive raspy voice, eccentric choice of props and heavy metal sounds. Cooper is expected to perform legendary musical ballads such as “Poison” and “No More Mr. Nice Guy.”

"In addition to the already fantastic show lineup we have in March, we're beyond excited to welcome Styx, Sebastian Maniscalco and Alice Cooper to Fallsview," said Cathy Price, vice president of marketing at Niagara Casinos. "There is nowhere else in Niagara you can experience performers like these up close and personal than at the Avalon Theatre."

Tickets to all newly announced March shows will be available at 10 a.m. Friday, Jan. 17, online at Ticketmaster, and starting at noon at the Fallsview Casino box office. Visit www.ticketmaster.ca for more information.